Croatia has won with their defense, having allowed only one goal so far in the tournament. Find out why the Checkered Ones hold the edge on Monday in our betting picks for Japan vs. Croatia in the Round of 16. 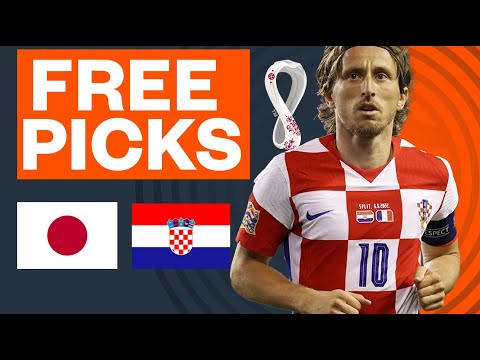 The 2022 World Cup continues in a Round of 16 matchup between Japan and Croatia at Al Janoub Stadium in Al Wakrah today at 10 a.m. ET.

Japan finished at the top of the Group E table, topping second-place Spain in a group that also included Germany and Costa Rica.

Croatia secured the second spot in Group F, just behind Morocco, as they managed one more point than previous favorite Belgium.

This isn’t a matchup a lot of talking heads predicted, but one of these teams will be headed for the Quarterfinals. We’ll tell you which country will advance in our World Cup picks and predictions for Japan vs. Croatia on December 5.

Japan vs Croatia picks and predictions

Japan turned in a shocking 2-1 win over Spain in the group-stage finale on Thursday, and there was a controversial VAR decision on the game-winning goal by AO Tanaka at the 51-minute mark. That stood up as the game-winning goal and was eventually the one that ended up dispatching Germany from Qatar.

Croatia posted two clean sheets, including a scoreless draw against table-topper Morocco in the Group F opener back on November 23.

Kockasti, or the Checkered Ones, showed off their ability on offense in a 4-1 victory against Canada on November 27. This team has world-class players like Luka Modric, but Andrej Kramaric had a brace against Canada and he is a bit of an unlikely goal leader.

Croatia can tap into their experience from Russia in the most recent World Cup, as they were the runner-up against France in what was a magical run. It’s happening again, as this team will at least make it to the quarterfinals with a victory here against Japan.

I expect a low-scoring game, with Croatia netting a second-half goal to grab the victory in regular time to advance.

A) Croatia to win, Andrej Kramaric anytime goal, and both teams to score BOOSTED to +1,100 at bet365! Bet Now

Japan vs Croatia side analysis

Japan picked up the stunning 2-1 win over Germany in the Group E opener, as Ritsu Doan and Takuma Asano netted goals within eight minutes of each other, stunning the Germans.

Japan had just a 28.0% time of possession in that game but still managed four shots on goal. They actually doubled that number to 56.0% in ToP against Costa Rica but ultimately fell 1-0. They were just unable to generate any shots, getting only two on target.

Against Spain, Doan was back with his second goal of the World Cup, while Tanaka had that controversial goal held up by VAR when it appeared the ball went over the touchline. After a lengthy review, the goal stood up, and it is a World Cup controversy that will be talked about in the same discussions as the Hand of God in 1986, the South Korea match-fixing in 2002, and the Frank Lampard non-goal controversy in 2010. Congrats Tanaka, for etching your name into World Cup lore.

In the Spain game, Japan possessed the ball just 18.0% of the time and took three shots on goal. Their luck is going to run out if they keep letting other teams possess the ball for a majority of the game, and that time is coming Monday.

Japan will have to do without Kou Itakura, who picked up two yellow cards in the group stage and is now suspended for Monday’s game.

Croatia has never lost in the Round of 16, and that won’t change here. On the flip side, Japan has never advanced past this stage of a World Cup, going 0-for-3 all-time at this point of the tournament.

Japan hit Over 2.5 goals in two of their three group-stage games and managed at least one goal in every outing.

Meanwhile, Croatia went Over just once in three group matches while playing two scoreless draws. Dominik Livakovic, the Croatia keeper, hasn’t been tested much, allowing just one goal to Canada’s Alphonso Davies early in that match before Croatia responded with four unanswered goals.

We’ll see another clean sheet for Livakovic, as the Croats play a suffocating brand of defense led by Josko Gvardiol, and it will be too much for the Blue Samurais to handle. 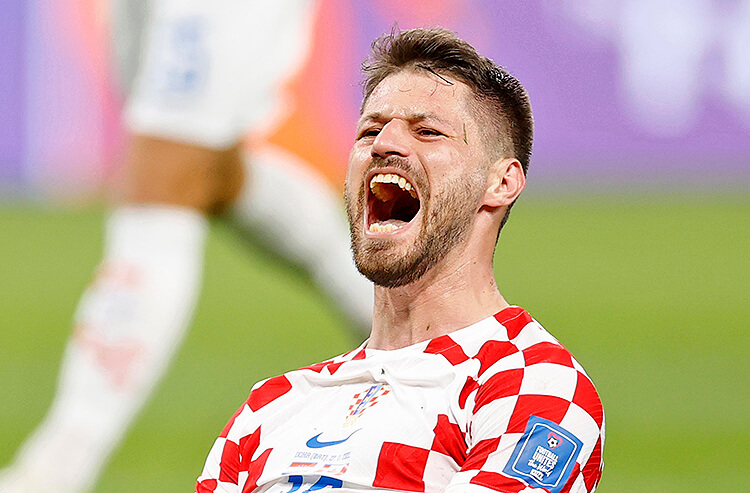