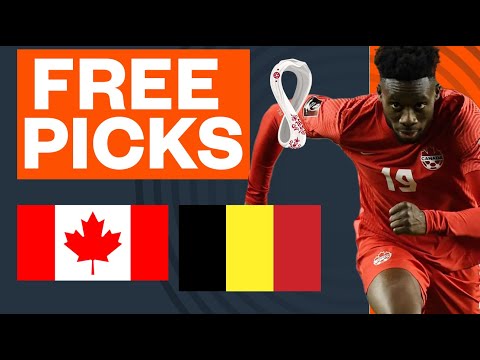 Belgium enter the 2022 World Cup carrying the burden of knowledge that this is it for a golden generation which led them to No. 1 in the world for the first time — and kept them hanging around there for seven years — with a third-place finish in Russia, four years ago, their best result to show for it.

Their foes, meanwhile, are riding a reinvigorated nation into Qatar, as Canada have returned to the most prestigious tournament on the planet after 36 years.

To no surprise, Belgium are major World Cup odds favorites here but don't expect Canada to play with fear — our World Cup picks have more ahead of Belgium vs. Canada kickoff on November 23.

Belgium vs Canada picks and predictions

Canada's only other appearance at a World Cup, in 1986, didn't exactly leave many memories for a nation as the Canadians left Mexico without a goal. Fast forward 36 years and — those three-and-a-half decades aside — Canada won't have to wait long for that historic goal.

While I expect Belgium to largely dominate proceedings, win, and score — as they have in all but two competitive games under Roberto Martinez — they also shape up nicely as an opponent Canada can breach to find that elusive World Cup goal.

For as consistently strong as Belgium have been, their defensive stability is worth questioning. Between World Cup qualifiers and the most recent Nations League, they've conceded in 10 of their last 14 competitive fixtures — with three of four clean sheets against Belarus and Czechia, both of whom aren't at the World Cup.

The Belgians push high up the pitch in possession, with wing-backs bombing forward to provide width for their four-man midfield, and their three centerbacks holding a high line. That high line requires goalkeeper Thibaut Courtois to be on point as a shot-stopper — which he is — but also leaves them incredibly susceptible to a counter-attack.

Canada won't need an invite to spring a counter, as one of the most well-equipped teams to do so in Qatar. They do a superb job of quickly getting the ball to the feet of Stephen Eustaquio, who can hit absolutely any pass necessary, and then it's on.

In Alphonso Davies, Jonathan David, and Tajon Buchanan, they have a trio of decisive, inventive attackers who thrive on the counter and have the pace to burn any backline — much less a slow-footed, high line like Belgium's.

Courtois's heroics could frustrate Canada on the counter but with the amount of time Belgium will have in possession in Canada's half, there will be plentiful counter-attacking opportunities. Canada's world-class talent in attack won't need too many to punish Belgium and make history.

Belgium vs Canada side analysis

Canada have no fear and have earned a few fantastic results in difficult circumstances during their run to the World Cup but a result against Belgium would be a bridge too far.

This is still a fairly young team with little tournament experience, especially with the domestic-heavy squad that went to the Gold Cup semifinal last summer largely rotated. Now, they are coming up against a true heavyweight that has several major tournaments together and, most recently in a World Cup, a run to the semifinal.

As with nearly any opponent, we can expect Belgium to dominate the ball and live in their opponent's half. Their box midfield allows them to cycle possession and their attacking prowess is bad news for a Canada side that has major question marks around its defense. I do expect Canada to be able to punish Belgium's high line at least once but it wouldn't be surprising to see Belgium score three.

At -225 on the moneyline, there's no value to be had with Belgium. At +135 for Belgium -1, however, I would be comfortable taking them.

With the way Belgium flood the attacking third and the talent they have on hand, they could really punish a Canada side that lacks high-end talent in its defensive line. Romelu Lukaku's middling fitness is, potentially, the only thing that could save them from a several-goal deficit.

However, as written on in the best bet, I believe Canada have the experience and talent on the counter to hit Belgium and score as well. I'll be looking to hit the Over 2.5 for Belgium's team total (+210) and an alternate game total of 3.5 (+220). 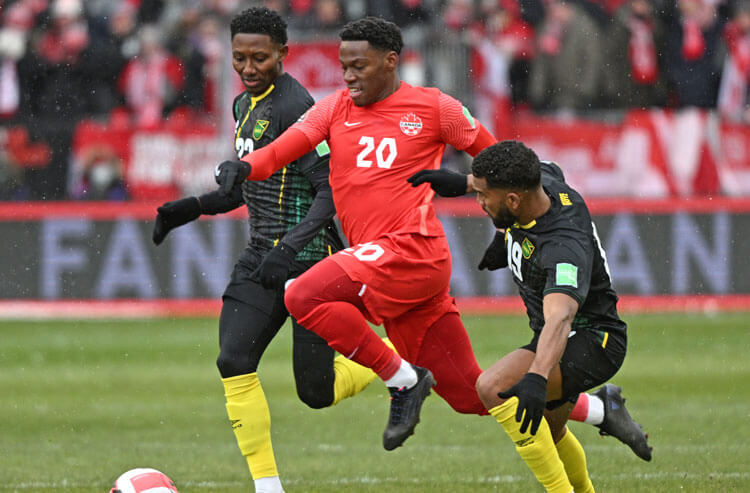 Belgium vs Canada World Cup Picks and Predictions: Another Wait Ended
Provided by