The USA suffered their first loss of qualifying on Sunday but head to their favorite home, in Columbus, to face a Costa Rica team coming off their first win. Find out if the USMNT can continue to win at home and pick up three points with our picks.

After losing their first game in the final round of CONCACAF World Cup qualifying, the USA will head to the national team's most famous setting of Columbus, Ohio, to christen the city's new stadium against Costa Rica.

Despite a loss to Panama in their previous game, the USMNT remain in the second spot in qualifying, while Los Ticos earned their first win of the final round to go on six points, two back of the United States.

Keep reading for our USA vs. Costa Rica picks and predictions, with kickoff at 7:00 p.m. ET on October 13.

The USA and Costa Rica will have clear conditions for their Wednesday night match, with temperatures expected around 70 degrees Fahrenheit on a calm and clear Columbus night.

The United States' up-and-down bid to return to the World Cup, after missing out in 2018, endured another dip on Sunday as they lost 1-0 to Panama. For as poor as the USMNT played, it would be foolish to overreact to a flat performance in the hostile environment of Panama City.

Even in the U.S.'s dominant qualifying campaign for the 2014 World Cup, in which they won seven of 10, they suffered losses in Honduras and Costa Rica, and were on the way to a 2-1 loss in Panama City before a wild injury time and two goals in the final two minutes gave the USMNT a 3-2 win.

On the flip side, for as challenging as it was for even good U.S. teams of the past to go away in Central America and get results, even the poor U.S. teams of recent history get results at home. In the United States' doomed 2018 qualification campaign, which saw them earn 12 points from 10 games, they dropped points on U.S. soil just twice. And, for as unconvincing as the current USMNT have been at times, they've remained excellent at home, with 10 wins and one draw in 11 home games in 2021 — including two wins in finals over CONCACAF heavyweights Mexico.

The U.S. can now continue their good home form, and quest to return to the World Cup, against a Costa Rica team that has been poor home and away in 2021. In 15 games in 2021, including the Nations League, Gold Cup, qualifiers, and friendlies, Costa Rica have won just four, losing four, and drawing seven (two of which ended up being losses in penalties but go down as draws). It's a poor record made worse by two wins coming against Guadeloupe and Suriname, and another against last-in-qualifying Jamaica. Worse still, the biggest loss suffered this year was at the hands of Wednesday's opponents.

Fresh off an incredibly intense Nations League final win over Mexico in June, the U.S. tore Costa Rica apart two nights later, 4-0, in a game that easily could have seen an emotional letdown. Instead, the U.S.'s talent and home advantage shined through. The same will happen here.

One of the hallmarks of the dying star that is the current Costa Rica team is a lack of attacking potency. Despite talented attackers like Johan Venegas, Bryan Ruiz, and Joel Campbell, Los Ticos have been absent of attacking threat this year.

In 15 games across competitions in 2021, Costa Rica have scored just 11 goals, with five of those coming against minnows Guadeloupe and Suriname in the Gold Cup group stage and another two coming in a third-place game at the Nations League. Their 2021 schedule has already featured goalless droughts of three and four games, with the former including that 4-0 loss to the USMNT.

Making matters worse for Costa Rica in this game is that they'll be without Campbell, who has three of his country's 11 goals in 2021, due to an ankle sprain, as well as Jose Guillermo Ortiz, who has been starting up top.

On the other side, for all their faults, the U.S. have remained a defensively stout team in an up-and-down 2021, with just 10 goals conceded in 18 games, and only recently had a five-game clean sheet streak ended. In competitive games at home, the USMNT have allowed just four goals in 10. Their strong defensive record will continue at home with a clean sheet against Costa Rica. 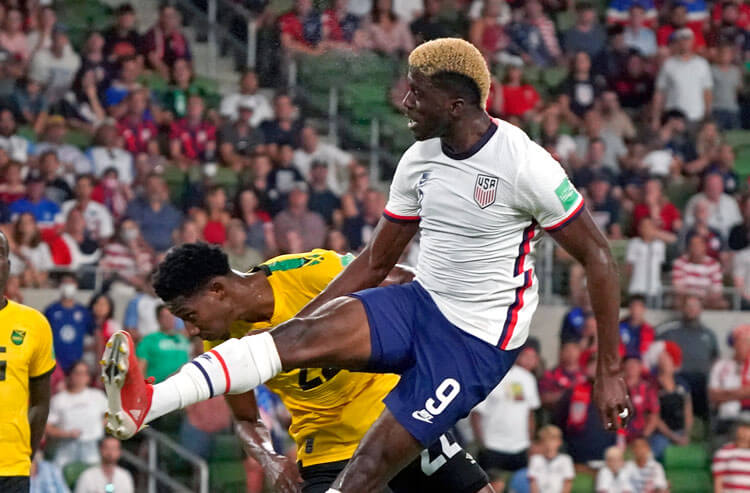