Canada pulled out a massive 1-1 draw in Mexico City in their previous game and now get a great chance to build on it against last-place Jamaica. Find out if the away trip can disrupt Canada or if they can pick up three points with our picks.

Canada will travel to Kingston for a CONCACAF World Cup qualifying match against Jamaica still undefeated, after they became the 11th team ever to get a result in qualifying at Estadio Azteca with a hard-fought 1-1 draw in Mexico City on Thursday night.

The point has kept Canada third in the table ahead of this one, while Jamaica suffered their fourth loss in fives game against the USMNT on Thursday to remain bottom on one point.

Will a competitive Canadian team be able to go into a tough environment and get another result? Keep reading for our Jamaica vs. Canada picks and predictions.

Sunday will snap a stretch of stormy weather in the Jamaican capital, with some clouds but otherwise sunshine forecast for Sunday. Temperatures are expected around 90 degrees Fahrenheit at kickoff with 60 percent humidity.

For the first time in 41 years, Canada got a result at Estadio Azteca. Incredibly, it was one completely earned and perhaps could have been more had several brilliantly placed balls been connected on. Even still, a 1-1 draw in which Canada matched Mexico in shots on goal and nearly split possession is a great indication of the level Canada is at currently.

The one-time World Cup participants are undefeated in the final round of qualifying and can put some space between themselves and competitors with a win in Kingston.

They will love their chances of doing so, as they come up against a deflated Jamaica team. Despite the Reggae Boyz's best efforts at recruiting a qualification-worthy squad, they've been left depleted throughout qualifying due to injuries, travel restrictions, and squad withdrawals.

After four games, Jamaica have just one point and two goals, while allowing eight — three more than the closest team. Time is running out for Jamaica and unfortunately, they don't have their best players to call upon as Leon Bailey, Michail Antonio, and Ethan Pinnock are all out of the squad, while key defender Damion Lowe is out due to suspension.

Canada have the edge over Jamaica in defense, midfield, and in attack, and between qualifying and the Gold Cup, have outperformed Jamaica over the course of the entire year. Even one of Jamaica's lone bright spots, in striker Shamar Nicholson, doesn't offer much hope in this one. A dominant player in the air, Nicholson will be facing a Canadian backline that deals with balls in the air better than anything else.

The best edge Central American teams have in CONCACAF is their home advantage, both in terms of fans and the often brutal weather. Unfortunately, Jamaica won't really have either as Independence Park will be without fans on Sunday as a COVID-19 precaution and the weather will be relatively fine. Canada's talent will get them a huge three points.

Canada's draw in Mexico City was incredibly encouraging from a Canadian perspective for a host of reasons, from what it meant toward World Cup qualifying to what it signifies about a young squad. On the field, however, few things were more encouraging than the performance of winger Tajon Buchanan, who was far-and-away Canada's best attacker just as he was at the Gold Cup.

While Buchanan's Gold Cup performance was a breakthrough showing born out of opportunity after Davies had to withdraw from the squad, his showing at Estadio Azteca was amazing because he was sharing the field with Davies — who is the best player in CONCACAF. Unfortunately for Buchanan, his rapid rise will pause briefly, as the New England Revolution winger is suspended for this one due to yellow card accumulation.

With Buchanan out and Junior Hoilett not a locked-on starter having just rejoined the team, Davies will be the focal point of Canada's attack and the outlet on the counter, which they do so well. Davies, operating on the left of attack, could find himself matched up against Jamaican right-back Alvas Powell — a weak link in defense — or Javain Brown, a rookie in MLS, should an injury keep Powell out.

Attacking either one would provide Davies with plenty of chances to win in a 1-on-1, get goalside of his defender, and score his fifth goal in his 10th national team appearance of 2021. 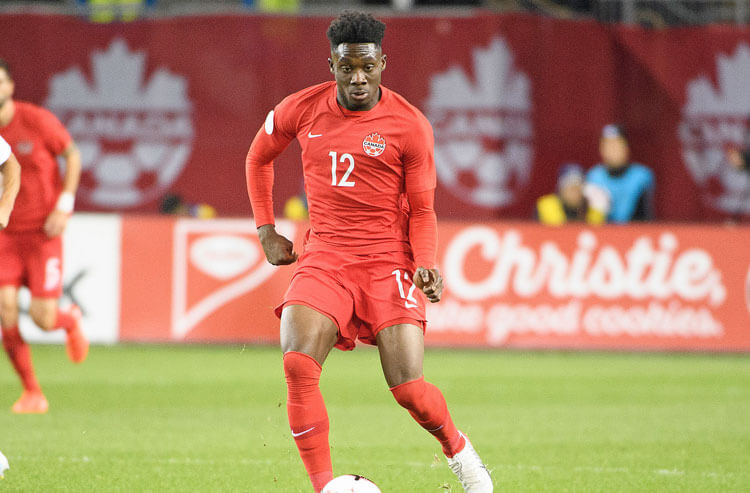