Netherlands vs Ukraine Euro 2020 Tips and Predictions: Allow Me To Reintroduce Myself

Both the Netherlands and Ukraine play an open style through talented midfielders. Will there be enough to separate the two as Group C begins? Check out our Netherlands vs. Ukraine tips and predictions.

The Netherlands will make their long-awaited return to a major tournament as they begin their Euro 2020 journey after seven years away from the picture. The Oranje will begin Group C play against 2012 co-hosts and main rivals to win the group, Ukraine.

Can the Netherlands mark their return to major tournament play with a win in front of their home support in Amsterdam? Find out in our best free tips and predictions for Netherlands vs. Ukraine on June 13.

The Netherlands and Ukraine will have perfect conditions for their Euro-opening match, with temperatures around 70 degrees Fahrenheit and little wind.

Despite failing to qualify for consecutive tournaments and sitting out of the 2016 Euros and 2018 World Cup as a result, the Netherlands did not waver from the classic Dutch style of play in revitalizing their program. In fact, the brightest of the Netherlands' young stars making their major tournament debut on Sunday epitomizes Total Football.

Frenkie de Jong, formerly of Ajax and now of Barcelona (an incredibly Dutch career arc in itself), is one of the most aesthetically pleasing footballers on the planet. The Barca midfielder, as well as captain Gini Wijnaldum, are key to how the Netherlands want to play, carrying the ball forward through midfield and building an attack through passing patterns.

The Netherlands' unwavering approach will set this up to be a fantastic matchup, as Ukraine, similarly, play an entertaining style of soccer. They've been successful in doing so, as well, as they topped their Euro qualifying group while taking four points from a possible six against Portugal, then drew France 1-1 in Paris to begin World Cup qualifying.

Key midfielders Ruslan Malinovskyi (Atalanta) and Oleksandr Zinchenko (Manchester City) play in two of the most expansive sides in Europe and are given greater responsibility in the national side. While the attackers ahead of them aren't flying into the Euros in great form, Ukraine's use of inverted wingers should cause problems for the weakness of the Netherlands' backline, their fullbacks.

Ukraine have the structure and talent to leave Amsterdam with a point in what should be the headline match in Group C.

The Netherlands averaged three goals per match in Euro qualifying, despite just two players scoring more than a pair of goals during that stretch, with Wijnaldum potting eight goals and Memphis just behind with six. The pair combine brilliantly moving forward and, other than set pieces, are quite easily the country's main goalscoring threat.

With how open both sides are going to play in this one, expect both teams to get on the board in their first match of the Euros. Memphis, expected to start on the wing with Luuk de Jong through the middle, should be able to get into space with Wijnaldum and Frenkie de Jong looking to play the ball into wide spaces after driving through the middle of the field.

After averaging 0.86 goals per 90 minutes in qualifying, Memphis should open his Euro goalscoring account against Ukraine. 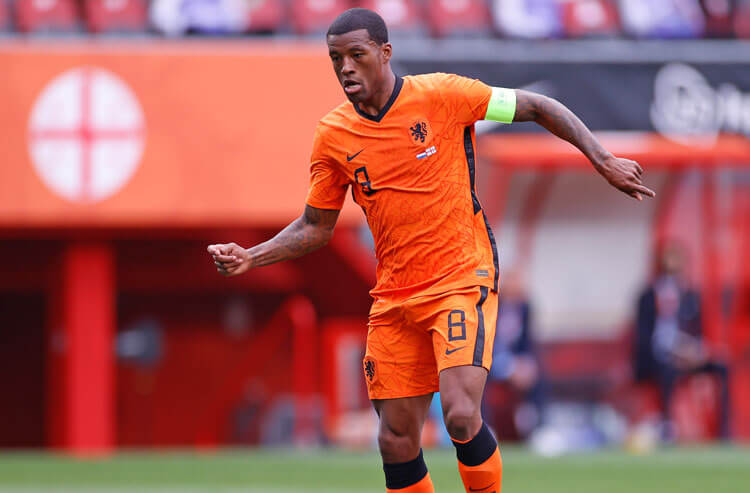 Netherlands vs Ukraine Euro 2020 Tips and Predictions: Allow Me To Reintroduce Myself
Provided by