France head into the knockout stage for a date with Switzerland. Recent history tells us France rounds into form once elimination games begin. Will that trend continue? Find out in our tips and predictions.

The reigning World Cup champions will continue their push for more silverware at Euro 2020 on Monday in Romania, with France meeting Switzerland in the Round of 16.

After topping the Group of Death, France are -188 favorites in the Round of 16, while Switzerland are +600 underdogs.

Can Switzerland shock France and advance? Read on for our tips and predictions.

At 1 p.m. ET Monday, two hours before this knockout clash, France is a -159 favorite at DraftKings, Switzerland is a sizable +525 underdog and Draw is +270. The French side is taking practically all the three-way moneyline tickets and dollars, at 93 percent and 97 percent, respectively. Switzerland is getting 3 percent of tickets/2 percent of cash and Draw 4 percent of tickets/1 percent of money. The total is at 2.5 (Under -141), with ticket count and money in the 4/1 range on the Over.

France and Switzerland can expect stormy conditions on Monday, with isolated thunderstorms and rain in the forecast, and temperatures expected around 80 degrees Fahrenheit.

France's pragmatism was on full display as they successfully navigated the Group of Death, emerging on top of the group as the only one of the four teams to never really face danger during the group stage. While France is never going to open up completely in the name of expansive soccer despite the superstars littering their lineup, we began to see how lethal their front three could be in their final group stage game against Portugal.

Corentin Tolisso's addition to the starting lineup enabled Antoine Griezmann to push further up the pitch, and playing closer to Kylian Mbappe and Karim Benzema worked brilliantly. The attacking trio's movement and intelligence, on and off the ball, combines in a glorious manner that is a nightmare for opposing backlines.

Between the front three starting to mesh and Paul Pogba growing into the tournament with every game, France appear to be a contender rounding into form at the perfect time. Unfortunately, Switzerland now find themselves in the firing line.

While their group stage game against Wales was often frustrating and they were easily pushed aside by Italy, the Swiss team at Euro 2020 is similar to previous iterations. They're well-drilled in defense and possess a match-winner or two, and thus they can successfully get out of the group stage again and again.

However, there's a reason they have not progressed into the quarterfinals of a major tournament in nearly 70 years. They're an extremely competent team but the talent gap between Switzerland and the truly elite teams is massive. Against the most talented team on the planet, that gap will never be more apparent.

After a lethargic start to the Euros in a 1-1 draw against Wales, Switzerland had their worst performance at a major tournament in seven years — coincidentally, since a 5-2 loss to France at the 2014 World Cup — in a 3-0 loss to Italy.

First crushing a poor Turkey side in the tournament opener, Italy barely skipped a beat when they came up against Switzerland, more than doubling up the Swiss' shots and shots on target, while creating 1.8 expected goals to just 0.3 for their opponents. In Switzerland's lone test against a world-class opponent, they were played off the pitch.

We can expect the same to happen in the Round of 16 against a France team that is just about to hit their stride. France have played eight knockout games in the last two major tournaments, winning seven of them. Their average margin of victory in those seven knockout stage wins is 1.7 goals (and it could have been even higher, if not for a second-minute penalty for the Republic of Ireland at Euro 2016 and a last-second consolation goal for Argentina in 2018).

Not only will France defeat Switzerland in the Round of 16 but they'll deliver a statement and win by multiple goals. 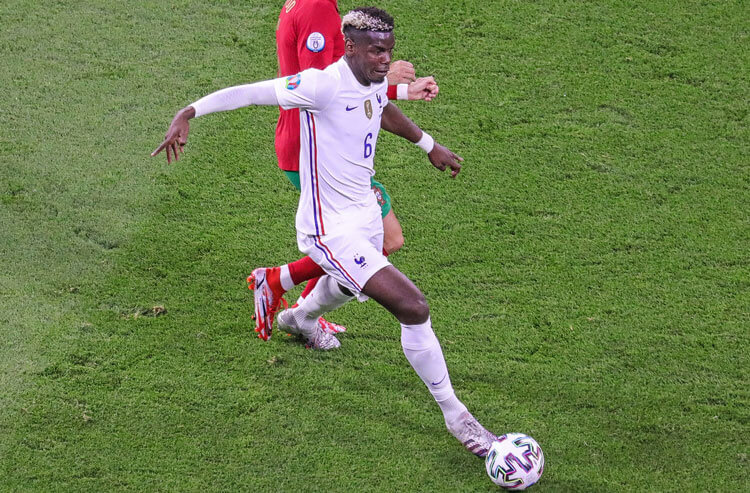