Switzerland are a team on the rise and it wouldn't be a surprise to see them advance as the second seed out of Group A.

The trajectory for Switzerland continues to move upward. The team advanced from the group stages in the 2016 European Championship, 2018 World Cup and then reached the semi-finals at the UEFA Nations League in 2019. With a long-standing manager leading the way, can the Swiss put forth another top international showing at Euro 2020?

Switzerland open their tournament in Group A on June 12 against Wales, then plays Italy and Turkey.

Odds for Switzerland to win

Here’s how Switzerland’s odds to win the tournament have looked over the last eight months, as compared to the other tournament contenders.

Manager Vladimir Petkovic is a world-renowned tactician. The 57-year-old has been managing on the biggest stages of world competition since the 1990s and is the longest standing manager in Group A. Under his guidance, the Swiss play out of a 5-4-1 but flow into a 3-4-2-1 when in need of attacking presence.

Switzerland is dominant in the middle of the field. The continuity between the center-back duo of Manuel Akanji and Nico Elvedi, combined with Granit Xhaka and Remo Freuler, gives the team many options to use speed on the wings. The sound technical skills of the team make the Swiss an underrated bet against more free-flowing teams that they will face in the competition.

While lead attacker Haris Seferovic is not the primary goal-scoring option, the 29-year-old veteran is brilliant in holding the ball and clearing space for the country's current leading goal scorer, Xherdan Shaqiri. The team scored 19 goals in 8 qualifying matches (2.37 per match) but just nine goals in six matches in Nations League play against stronger competition.

Best bet: Switzerland to advance to the knockout stage (-180)

Last winter, at a press conference, manager Petkovic proclaimed that his team is battling Turkey for second and third place in Group A. If that is the mindset of the team, they must certainly be happy with the draw as the two nations do not meet until the final day of group play. Switzerland opens as a favorite against Wales while Turkey is a significant underdog to Italy in the opening match. It may well set up that Turkey is playing to match Switzerland in the final match which tactically gives the Swiss a significant advantage. Considering the managerial and tactical advantage Switzerland possesses against two of the three group opponents, betting them to advance at -180 is worth consideration. 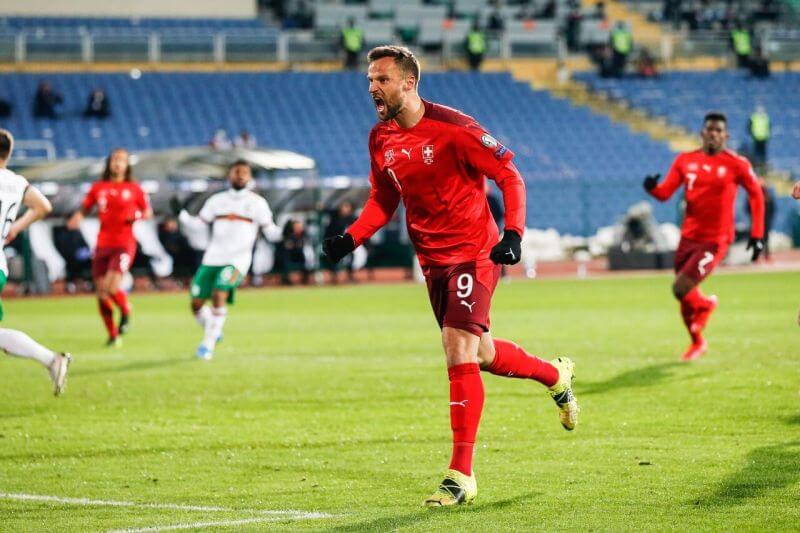