Strange Schedule Pumps Out Profits for This NHL Betting Strategy

NHL bettors can take advantage of the opportunity two-game sets present when the Washington Capitals and New Jersey Devils play a back-to-back this weekend.

The modified 2020-21 NHL schedule has created some intriguing opportunities for NHL betting with teams often playing two-game sets against each other, meeting twice in the same venue in the span of three days.

We combed through every two-game series in the NHL up to April 11, a whopping 272 contests, and we're seeing a return of almost 12 units when backing favorites coming off a loss.

This NHL betting strategy has also produced profits for NHL totals bettors who are playing the Under after a high-scoring opening game.

Note: Stats as of April 11, 2021. Only two-game sets played in the same city have been used in this data, rare home-and-home sets and three-game series' have been omitted.

Zig-zag theory is a popular betting strategy used in the NHL postseason to back teams coming off a loss. Due to the unique NHL schedule in 2021, the same betting system might work during the regular season.

At first glance, the zig-zag theory doesn't seem to apply. The team that loses the first contest in a two-game series goes a middling 62-74 in the second game, losing +10.6 units on the moneyline.

However, dig a little deeper and you'll notice that when teams are expected to win but end up losing that first game in a series, they win the next contest at an extremely high rate.

The lesson seems clear: when teams lose to an inferior opponent they make the necessary adjustments and come out extremely motivated for the rematch. When favorites lose the first game of a series, don't hesitate to pay the juice on them in the second meeting.

One common belief is that if two teams play a high-scoring game, they'll tighten up on defense the next time they hit the ice. However, when the first game of our sets went Over the total, the second game went 35-26-2 to the Under.

But when we chopped those numbers down even further it gets even more interesting. When Game 1 is expected to be low scoring (with a total of 5 or 5.5) and goes Over, the second game in the series goes 26-14-3 to the Under (65 percent).

Don't necessarily bet the Under simply because both teams lit the lamp the previous game. But if two teams are expected to have a low-scoring battle and end up cashing the Over in the first contest, it's likely they'll revert to their usual strong defensive play in the second game. 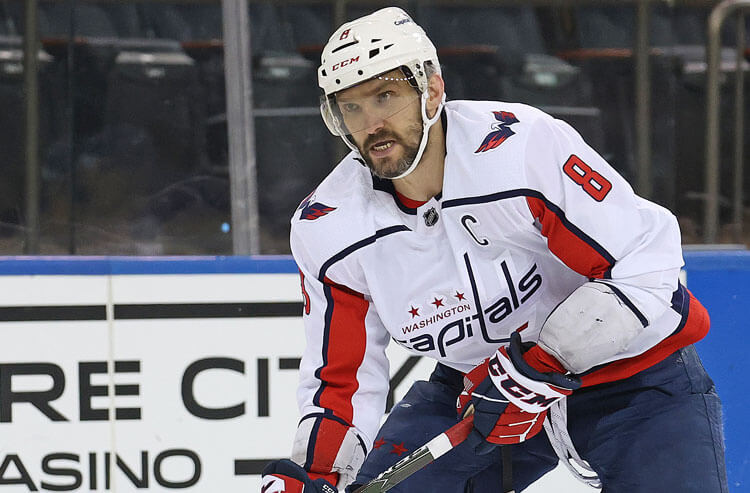 Senators vs Maple Leafs Picks and Predictions: Leafs Have Been Uninspiring So Far
Josh Inglis | Oct 16, 2021

Canadiens vs Maple Leafs Picks and Predictions: Revenge Months in the Making
Josh Inglis | Oct 13, 2021
About Us
Contact Us
Careers
Our Team
Brand
Testimonials