Lightning vs Islanders Picks and Predictions: Back in the New York Groove

Despite a tough loss in Boston on Saturday, we like the surging Islanders to get a big home win against the defending Stanley Cup champions in a game featuring two elite netminders. Find out more in our Lightning vs. Islanders NHL betting picks.

The New York Islanders had a tough afternoon in Boston on Saturday, but they get to come back home for another matinee when they take on the defending champions, the Tampa Bay Lightning.

Both teams have great goaltending and will look to play a tight defensive game. The New York Islanders had a rare defense lapse yesterday against the Bruins as Semyon Varlamov allowed six goals on 44 shots.

The Tampa Bay Lightning played in a very close game in Detroit yesterday but were able to come out on top thanks to Brayden Point’s winner in overtime.

Find out who we have winning this Sunday matinee matchup with our free NHL picks and predictions for Lightning vs. Islanders.

The New York Islanders opened up as +115 home underdogs, but they have moved down to +120 and the total opened up at 5.5 and hasn’t had any movement.

The Under is 6-2-3 in the last eleven meetings between these two teams. Find more NHL betting trends for Lightning vs. Islanders.

Lightning vs Islanders picks and predictions

The New York Islanders were playing some incredible defensive hockey in their couple of games, but yesterday they looked completely lost against Boston.

Since Varlamov started yesterday, it is more than likely that Ilya Sorokin will be the man in the blue paint for the Islanders today. The Islanders haven’t played Tampa since back in November, but these two teams have developed somewhat of a rivalry after playing each other in the conference finals two years in a row.

The Lightning haven’t played their best stretch of hockey, but you can never count out the two-time defending champions. The Bolts have played a ton of hockey lately as this will be their fourth game in six nights. During this stretch, they haven’t had the easiest time scoring goals. In this four-game span, the Lightning have only scored a combined seven goals, which is typically unlike them with their offensive talent.

The Islanders' top line continues to perform at their best. Anders Lee stayed hot yesterday tallying a goal and an assist, while Brock Nelson was able to find the back of the net for his 30th goal of the season and Anthony Beauvillier was able to notch an assist as well. These three have been firing on all cylinders in the teams' recent chunk of games and they will get their opportunities against the Lightning.

Despite the Islanders' poor performance yesterday, they have been the better team recently. It's tough to go against Tampa anytime that Andrei Vasilevskiy is in goal, but I'll take my chances with a well-rested Ilya Sorokin on home ice where he has been stellar.

The home team has won the last five meetings between these two teams and I think that trend will continue today. I’m going with the Islanders.

Whenever these two teams meet, it's the goalies that typically steal the show.

Both clubs are very good in their own end and they actually rank right next to each other in defensive proficiency. The New York Islanders are the sixth-best defensive team in the league, and only allow 2.67 goals per game, while the Lightning are right behind them in seventh at 2.77.

The Islanders' offense has been producing very well as of late thanks to the success of their top line, but just like the Lightning, they have also played a ton of hockey as of late. This will be their fifth game in seven nights and the feet may be slow at times.

The Lightning was able to find the back of the net four times in the previous meeting, but Semyon Varlamov was in goal. Today they will face a much better goaltender in Sorokin as he's amongst the top goalies in the league in both shutouts and save percentage.

I think the fatigue will kick in allowing Sorokin and Vasilevskiy to do what they do best. I like the under.

The two Russian netminders starting have had a ton of good battles over the past couple of years and this should make for another one.

Vasilevskiy continues to show why he is considered one of the best goalies in the world as he boasts a .920 SV % and a third-best 24.0 GSAx.

Sorokin has definitely made a name for himself this season as he's produced a .927 save percentage, tied for second-most shutouts in the league with six.

I know the Islanders offense has been producing very well as of late, but I don’t see this being very sustainable if it's mainly coming from their top line. Tampa’s offensive production is lacking right now and it's always hard to have your legs on the second day of a back-to-back, which both of these teams are experiencing.

I think the defense is the theme of this game and that this will stay under thanks to the elite play of the goaltenders.

Did you know that if you parlayed today’s NHL Lightning vs. Islanders picks, you could win $32.00 on a $10 bet? 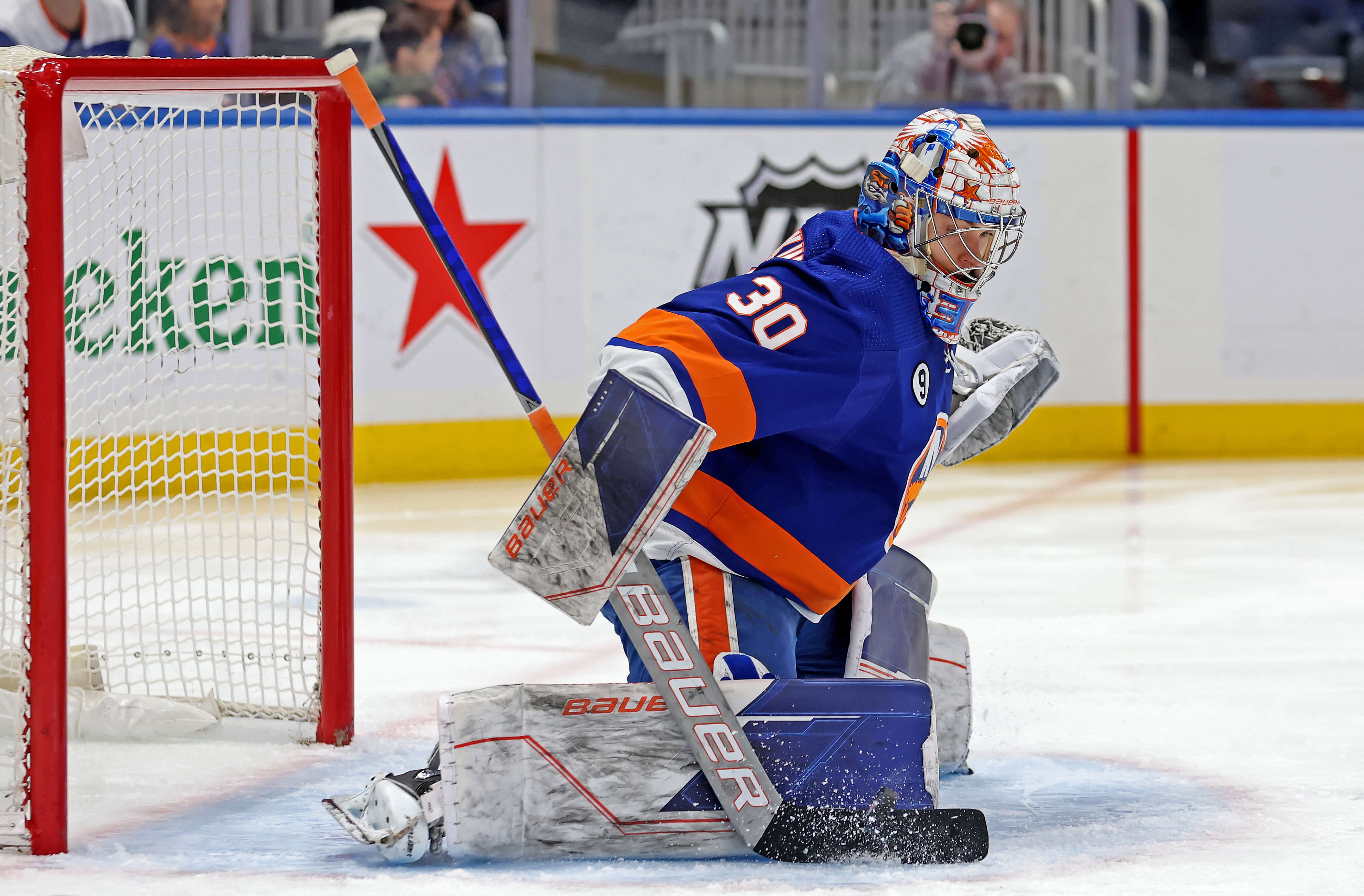 Lightning vs Islanders Picks and Predictions: Back in the New York Groove
Provided by