Blues vs Flames Picks and Predictions: Lighting the Lamp in Calgary

We're getting great value on the underdog moneyline tonight. But if you're wary of taking a Blues team playing for the third time in four nights, our betting picks highlight an alternative path as they face a Flames squad scuffling a bit in recent games. 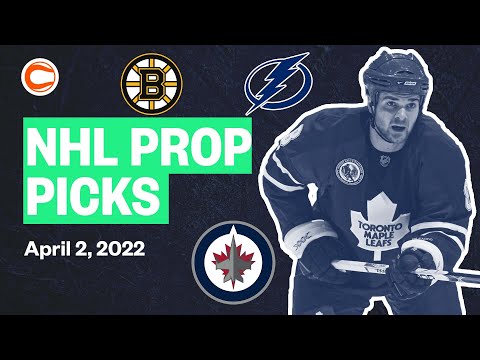 One night after stealing a point in Edmonton, the St. Louis Blues continue their three-game road trip in Calgary and look to maintain their No. 4 spot in the West versus the Flames, who have dropped two straight games at home and four of their last six on home ice.

Can the Blues take a fourth — or possibly fifth — point on this road trip? Can the Flames avoid their first three-game losing skid since mid-January? Find out in our free NHL betting picks and predictions for Blues vs. Flames.

The Flames opened as -250 favorites on the ML and have since moved 10 points to -260 with a total 6.5 leaning to the Under at the time of this writing. The Flames handed the Blues a 7-1 loss back in late January as -161 home favorites.

The Over is 10-1-1 in the Blues’ last 12 games as a road underdog. Find more NHL betting trends for Blues vs. Flames.

Blues vs Flames picks and predictions

The Blues took the first game of their road trip in Vancouver as +110 road dogs and then erased an early 4-1 deficit against a hot Edmonton team last night to force extra time where they eventually lost. Now the Blues are staring at a +215 ML price tag and appear to be beyond a rough stretch of hockey that saw them go 3-9 SU before the road trip.

The Blues sit in fourth place in the Western Conference and their three points over the last three days have certainly helped the club separate itself from the competition for the final playoff spot in the West.

Jordan Binnington was pulled last night in Edmonton and Ville Husso came in and stopped 25 of the 27 shots he faced. Husso has been the better of the St. Louis goaltenders and should ride last night’s performance into tonight's clash against a Calgary offense that has been heavily reliant on its top line and has scored three goals over its last two games.

The Flames won 10 straight games in February and shot up the Western standings because of it. Since then, they are 11-8 SU (8-6 SU at home). Decent numbers, but not elite as their run in February may be priced into today’s ML.

A real question tonight is how much the schedule spot for the Blues is worth in regards to their third game in four nights. On the season, away teams are winning the second game of a back-to-back at 38% while also winning the third game of a three-in-four situation 42% of the time. Considering Calgary was -160 in the last meeting versus the Blues, 100 points might be too much of a schedule correction for us.

The St. Louis offense showed it can score when called upon and beat good goaltending in Thatcher Demko on Wednesday. The offense has at least four goals in three straight games and it's the Flames who come into tonight’s matchup feeling a little more pressure. It's a solid price on the Blues.

Since the beginning of March, the Blues are allowing 3.67 goals per game, which is the eighth-worst mark in hockey. Husso has faded slightly with the bigger workload and Binnington has fallen off the map. Good thing for Craig Berube, the offense has picked up the slack

The Blues are rolling three solid lines of scoring and might get the league’s fastest skater back into the lineup with Jordan Kyrou possible to suit up. Even without the young winger, St. Louis has had no issue finding the back of the net with nine goals over its last two games without him.

The Blues are also scoring 3.80 goals per game over their last 10, which includes a power play that’s clicking at 29%. David Perron, Brayden Schenn, Kyrou, Robert Thomas, and Vladimir Tarasenko are all scoring at least a point per game over the last 30 days. The combination of weak goaltending and a great offense is the reason the Blues are 8-2 to the Over in their last 10.

The Flames have been dominant at home this season but that has been slipping in recent games. Tonight’s likely starter, Jacob Markstrom, has started an incredible 11 straight at home and has dropped four of his last six games. Many goalies are fading at this point in the season as the schedule is getting heavy and no team has played this much in three years. Markstrom is no exception.

Calgary is scoring the third-highest goals per game since January 1 at 3.87 and with the way the Blues have been playing in net, we think Darryl Sutter’s group gets back to its scoring ways tonight against a Blues team that is on the last game of a road trip, playing back-to-back and its third in four nights.

Considering we’re getting an Over 6.5 at -105, we’re making tonight’s Over our best bet. Last Saturday, the Flames saw 14 total goals in their matchup versus the Oilers and we can see the Blues being able to mimic that performance.

St. Louis is scoring a ton and giving up goals at an equal rate while. The Flames’ top line should find the scoresheet tonight against a soft road team that will be likely featuring a goaltender that played less than 24 hours ago. This game could be a track meet and we think both offenses (and power plays) can go back and forth. Let’s see some more Saturday goals.

Blues vs Flames Picks and Predictions: Lighting the Lamp in Calgary
Provided by