The Pittsburgh Penguins are back for another run, and with their core back in tow and motivated for a "Last Dance", they'll be a force in the Metropolitan Division. Find out why the Pens are part of our best bets for the 2022-23 NHL season. 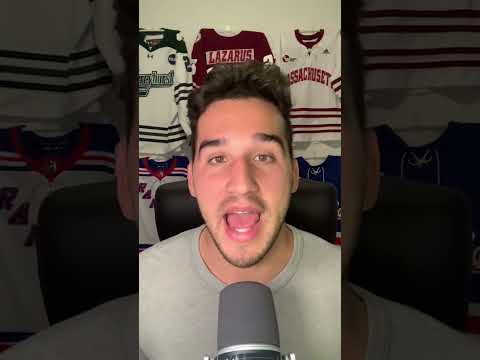 Ahhhh, we did it, folks. Hockey is officially back!

It feels so good to be talking about the NHL again after such an incredible season, but I have a feeling that 2022-23 will somehow be even more electric. There were so many incredible storylines last year, we saw a goaltender be in the discussion for the Hart trophy, a 60-goal scorer, and a defensemen win the Norris Trophy along with the Conn Smythe — I mean what more can you ask for?

Going into this season, I have my eye on a couple of specific players and teams that I think will have a breakout year. Some teams and players are in the "Last Dance" phase, while others are becoming the new age of the NHL. It’s a great time to take a peek at the NHL odds and sweat some season-long prop bets.

I'm in complete shock as to how great the value is for the St. Louis Blues to win the Central Division. This is a team that finished with 109 points last season, only 10 fewer than the Stanley Cup Champion Colorado Avalanche. They also took the Avalanche to a tough series in the second round of the playoffs, falling just short as they lost in Game 6 with just five seconds to go in regulation.

The Blues were absolutely incredible last season when it came to special teams. They had the second-best power play, which converted at a 27% rate, as well as the fifth-best penalty kill, which finished at 84.1%. Special teams are arguably the most crucial factor in winning close NHL games,  and I don't see the Blues having much regression this year in either category.

The Central division is certainly a tough one, but the Blues finished third last year, and their current roster, is, for the most part, the exact same as last year's. They also added Thomas Greiss, a veteran netminder who will be competing with Jordan Binnington for time in the blue paint. The Blues have a 1A and 1B in goal, similar to their situation last year with Binnington and Villie Husso.

In my mind, the Blues are the most underrated team in the entire league. They won a Stanley Cup back in 2019 and most of the core from that team still remains. When I look at the teams that finished ahead of the Blues last season, I think they both got worse. Colorado's goaltending will be suspect, and losing Nazem Kadri will be significant to their offensive production. The Minnesota Wild also lost one of their leading scorers in Kevin Fiala, as well as netminder Cam Talbot.

Getting St. Louis at +1,200 is a steal and I am all over the Blues to win the Central division.

Jake Oettinger is set for his third NHL season after having a very strong seven games in last year's playoffs.

Despite the fact that the Dallas Stars lost in the first round to the Calgary Flames, a case can be made that the 6'5, 23-year-old netminder was the best goalie in the entire postseason. Oettinger finished last year's playoffs third for goals saved above expected at a 10.1, only trailing Andrei Vasilevskiy and Igor Shesterkin.

Oettinger's numbers in the playoffs were insanely impressive — he posted a 1.81 goals against average and a .954 save percentage. That first-round series between the Stars and Flames was a coming-out party for Oettinger, and I think that has given him a ton of confidence going into this season.

There is no denying the fact that Oettinger is now the clear-cut No. 1 goalie for the team down in Texas. Last season, he started 46 games finishing with a record of 30-15-1 along with a 2.53 goals against average and a .914 save percentage. He’s expected to get more starts this season, which will only help his rhythm in a positive way.

The Stars are a slightly above-average defensive team, so it's not like Oettinger will be left hung to dry. Dallas finished ninth, only surrendering 10.69 high-danger chances against per 60 minutes.

The Stars play in a pretty tough Central division where they finished with 98 points in fourth last year, just sneaking into the playoffs. If they want to get into the postseason again, they'll have to lean on Oettinger to get them there. I'm expecting a huge season out of this kid, and I love the value.

If you're signing up for a new sportsbook for some NHL betting, here are two of the best bonuses* available:

I find the value on Vitali Kravtsov to win the Calder trophy way too high considering the fact that he already has a little bit of NHL experience and he has spent a ton of time overseas playing in the KHL.

Kravtsov isn't your typical NHL rookie. He was drafted ninth overall in the 2018 NHL Entry Draft and didn't make his way over to the US until the 2019-20 season when he played 39 games for the Hartford Wolf Pack. Kravtsov did get some time with the big club during the 2020-21 season, appearing in twenty games and tallying two goals with two assists.

What sticks out to me most about this pick is that Kravtsov will more than likely be playing on a line with fellow countrymen and former Calder trophy winner Artemi Panarin. The two have been gelling during training camp and they bring an insane amount of skill to that second line which will most likely be centered by Vincent Trocheck.

Kravtsov has a lot to prove — not only to his team, but to himself. He didn't crack the Rangers roster out of camp last season, which urged him to head back to the KHL and play at home. But this year, he came into training camp with a much different and more positive attitude.

Kravtsov has an incredible opportunity if he does get to play on a line with Panarin and Trocheck, and that’s why I think he can have a good shot at winning this award for this price. The Rangers have so much offensive talent and Kravtsov already has a ton of skill to begin with along with previous experience. I'm expecting a strong rookie season from him with incredible odds.

The Chicago Blackhawks are a complete dumpster fire right now and they’ve made it clear that they’re heading into a rebuild. They traded away two young studs in Alex DeBrincat and Kirby Dach this offseason and there are rumors swirling that they will also look to get rid of Patrick Kane along with Jonathan Toews at some point during the regular season. In full tank mode, there’s no doubt that management is hoping to get the No. 1 overall pick in next year's draft so they can start a new chapter in the organization.

Chicago finished last season with a 28-42-12 record, which was 27th overall in the National Hockey League. It ranked 29th in goals per game, only averaging 2.60 and finished 26th in goals against per game, giving up 3.52 to opponents. The Hawks’ goaltending situation is iffy right now as they have Petr Mrazek and Alex Stalock minding the net. This doesn't necessarily make a strong one-two punch if you ask me.

The Blackhawks don't have any strengths going into this season and they’ve made it clear that the organization is trying to head in a new direction. I see this team having a ton of issues both on and off the ice, and like the value here in taking the Blackhawks to finish with the worst record in the NHL.

When I hear the term "Last Dance" the Pittsburgh Penguins come to mind. The Pens had an ugly first-round exit last season after blowing a 3-1 series lead to the New York Rangers which left a lot of question marks in the organization about the future of Kris Letang and Evgeni Malkin. However, after weeks of negotiating, Pittsburgh was able to sign their two legendary, three-time Stanley Cup Champion players to have one last kick at the can. I think if they can stay healthy, they will be extremely dangerous this season.

Pittsburgh's offense has been scary for the last 10 years or so, but something that might go unnoticed is how good they were defensively last season. The Pens had the fifth-best GAA, only allowing 2.71 goals per game, thanks to their strong blue line and excellent goaltending from Tristan Jarry — who, don't forget, only started one game in the playoffs.

Had Jarry been healthy for the first round in the 2022 post-season, the results may have been different. He had the eighth-best save percentage at .919%, along with a solid 2.42 goals against average. He also finished 11th with a 12.8 goals saved above expected. Not only was Pittsburgh strong in its own zone at 5-on-5, but also had the third-best penalty kill in the league, burning 84.4% of their penalties.

If you ask me, the Penguins are as complete as any other team in the NHL and they might arguably have the deepest forward group on paper in the Eastern Conference. Having Malkin back to start the season is going to be a huge boost for them up front, as well as having Rickard Rakell in his first full season with the team. They finished with 103 points last season and I think they're an even better team going into this season. I like the value on them to win the Metropolitan division — the Penguins aren’t going away just yet. 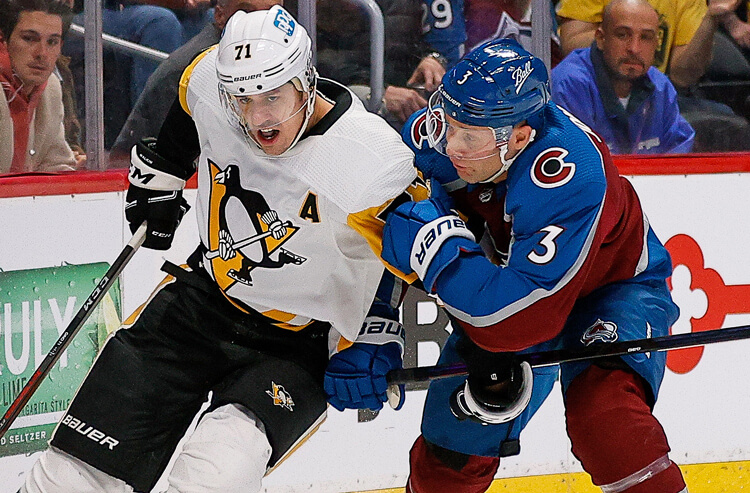 The 5 Best Bets for 2022-23 NHL Season: Pens Ready For Another Run
Provided by