Week 2 saw the Jets complete a thrilling late-game comeback and the Bengals somehow stay winless against the Dak-less Cowboys. Those opposites clash this week in what should be a massive letdown spot for NYJ. Read more in our best Week 3 spot bets.

After two wild weeks of NFL betting action, we need all the info we can to wrangle the Week 3 odds.

Given the limited results, it’s tough to trust the early metrics and really get an idea of just what teams are made out of. That means looking beyond the box scores and injury reports for edges and sizing up things like how the schedule could influence outcomes.

Situational handicapping – also known as spot bets – is a great complement to your analytical information, especially at this point in the year. I dig into my top spots for NFL Week 3, giving you my favorite look-ahead, let-down and schedule angles.

If there ever was a letdown spot, this is it.

Gang Green is buzzing after that insane come-from-behind win over Cleveland in Week 2, with the New York Jets pulling an Undertaker despite being down 30-17 with just under two minutes remaining. You can’t help but feel good for New York football fans, who don’t get many of those, but, in the same breath, you know the letdown is lingering like a dog fart on a damp day.

The Jets welcome a desperate Bengals team to East Rutherford in Week 3, with Cincy limping out to a 0-2 start. Cincinnati has been handled, namely this new-look offensive line, giving up 13 sacks on Joe Burrow in those two games.

Granted, those came against Pittsburgh and Dallas – two of the better pass rushes in the NFL – and New York’s defense is far from fearsome. The Jets have just three sacks and own a pressure rate of only 18.2% (sixth lowest) to open 2022. New York’s pass defense is dead last in DVOA at Football Outsiders and if Burrow keeps clean, he’ll torch the home team.

It’s going to be tough to up the intensity of those final minutes vs. Cleveland. If you’re one of those folks screaming J-E-T-S this week, see how long you can keep that up before losing your voice come Sunday.

Pinning down a true look-ahead spot in Week 3 is tough. A number of quality teams underperformed the past two weeks, meaning this third game still holds a lot of weight and clubs aren't quite looking ahead. One of those teams behind schedule is New Orleans. The Saints squeaked out a Week 1 win at Atlanta then lost an ugly Week 2 war with Tampa Bay.

Not only is NOLA on the road to Carolina in Week 3 but crams a ton of logistics and travel planning into the next few days for both the Saints’ operations and players due to a Week 4 trip to the United Kingdom. New Orleans takes on Minnesota at 9:30 a.m. ET in Tottenham Hotspur Stadium two Sundays from now.

On top of game week prep for the Panthers (and there's a lot to figure out for this NOLA offense), there will be plenty of focus on Week 4 and getting all the ducks in a row for a smooth jump over the pond (passports, shipping, equipment, family, and tickets). New Orleans is planning to leave for the UK early next week while the Vikings will fly in the Friday before the game.

It all makes for a busy Week 3 for the Saints — on and off the field.

Schedule spots aren’t always a bad thing, even when the slate seems to be working against a team. While the Atlanta Falcons do play their second straight road game at Seattle in Week 3, the decision to keep the club on the West Coast following its close loss at the L.A. Rams in Week 2 is a smart one.

Atlanta avoids the toll of two cross-country flights and keeping the team huddled together for two weeks will serve as a mini training camp, allowing for hyperfocus on football with some team fun mixed in... just what the doctor ordered for the sixth youngest roster working on a franchise reset.

So far, that reboot has been good enough for NFL bettors backing Atlanta. The Falcons have covered as sizable underdogs against the Saints and Rams, putting up 26 and 27 points on two defenses expected to rank among the NFL’s elite (ATL sits 12th in offensive DVOA). Seattle, on the other hand, sits 24th in yards allowed per play and 29th in EPA allowed.

In a schedule spot twist, don’t discount the Falcons for being away from home two weeks in a row. 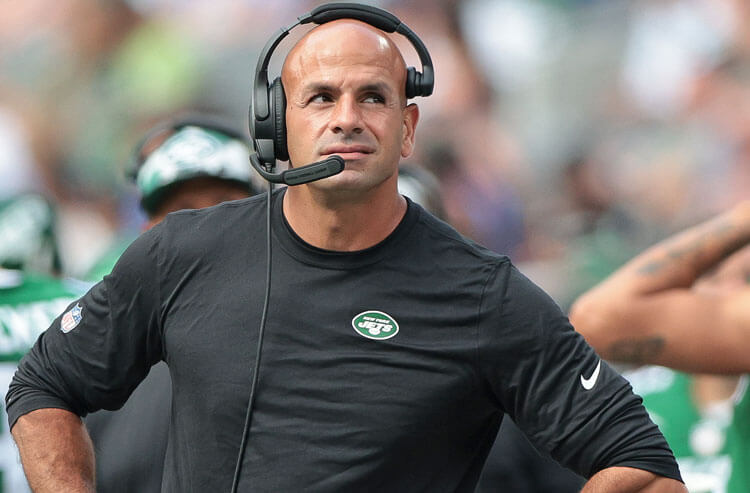