While we haven't exactly "survived" this NFL season thus far, we're still here every week to help those of you still slugging it out in your pools. Check out Week 13's NFL survivor picks, including the Colts looking to bounce back.

As I stated three months ago back in Week 1, I am no survivor pool expert and 2021 was my first dip in the pool in more than a decade. Along the way, I’ve provided some valuable insights into which teams you should and shouldn’t count on for your weekly NFL survivor picks. And I’ve always led poolies to their doom. Week 12 was a doom week, with every bit of info going sideways.

Honestly, if you’re still searching for NFL survivor pools picks in December, you might get a call to write this weekly report next season. But for now, you’re stuck with me: follow or fade.

IIf you’ve played your survivor pool cards right, you’ve stashed away AFC South teams like Indianapolis and Tennessee for late-season matchups with the Texans and Jaguars – two downtrodden clubs you knew would be in the tank come December.

The Colts visit Houston this Sunday on a mission to get right after a disappointing collapse to Tampa Bay last week, which put a dent in Indianapolis’ playoff chances. Indy holds a win probability of 80% in Week 13 – which is the fourth-highest on the schedule – and absolutely squashed the Texans 31-3 at home back in Week 6.

Pick percentages can get a little dicey at this point in the season because most poolies have burned through the best teams. But for what it’s worth, the Colts are drawing about five percent of Week 13 survivor pool picks, which ranks out between the fifth and eighth most popular selection for Sunday. Indianapolis has won three straight over Houston, and eight of the last 10, and this version of the Texans has one foot down the drain after a loss to the Jets last Sunday.

If you made it all this way without playing – or losing - on the L.A. Rams, kudos and good restraint when it comes to holding off and avoiding Los Angeles’ recent three-game skid.

The Rams are the safest pick in Week 13, according to the win projections which give L.A. an 87% chance of walking away with the much-needed W versus Jacksonville at home. Los Angeles dropped a home date to Tennessee, then road game at San Francisco and Green Bay – all as a favorite in those tough matchups.

Jacksonville is a downshift in competition, with only two wins on the season, and this will be just the fifth true road game for the Jags so far. Los Angeles is showing up as a Top-2 pick in most pools, with a pick percentage between 16 and 19%. And with L.A. in a free fall and facing a daunting home stretch, this is a desperation “get right” game for Sean McVay’s squad.

Here’s a look at the Top 5 favorites, in terms of moneyline odds and implied probability, for Week 13:

The Vikings not only hold one of the highest implied win percentages for Week 13 (75.31%) but they’re also atop the pick percentage rankings as well, with as many as 22 percent of poolies picking the Purple People Eaters.

And why not? Minnesota is in Motown taking on the winless Detroit Lions. However, this is a tricky schedule spot for the Vikings, who are not only playing their second straight road game but their fourth roadie in the past five weeks. On top of that, the Lions have had a mini bye to prep for Minnesota after losing another squeaker on Thanksgiving Thursday.

The Vikings play up and down to the level of their competition, with all but one of their 11 games being decided by a single score (8 points or less) and they sit 5-6 on the year despite leading by a touchdown in every single contest this season. 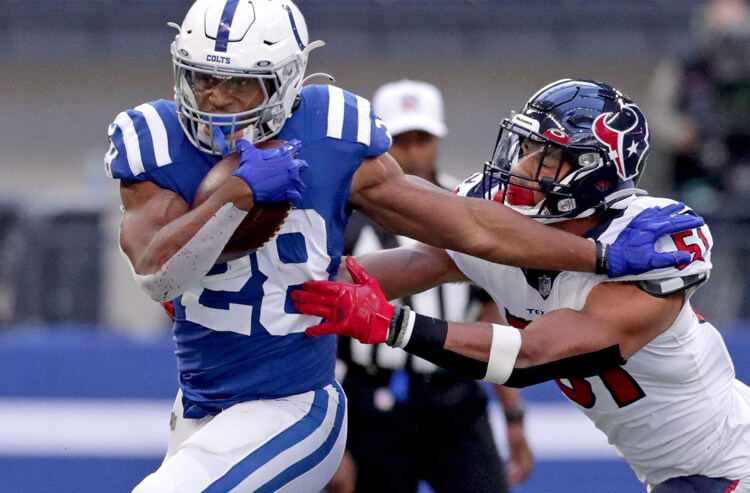