The Eagles and Justin Jefferson will forever be intertwined, after Philly chose Jalen Reagor one pick ahead of the superstar. Jefferson will give the Eagles a close look at what they missed out on, with the Vikings highlighting this week's NFL Underdogs. 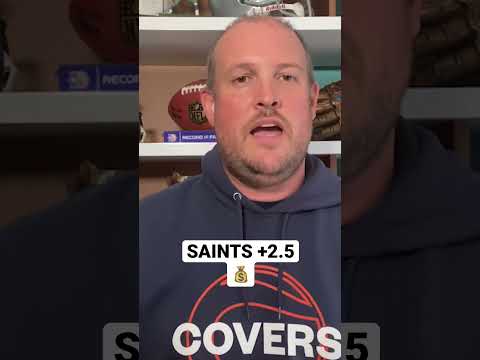 NFL Week 2 is like a game of “Wheel of Fortune”. We have a couple of letters on the board, but we don’t know what the hell we’re looking at.

Should I buy a vowel? Spin and take a “W” or maybe an “L”? Bank on Week 1 outcomes or be skeptical of riding solo results? WHAT IN THE SWEET NAME OF VANNA WHITE ARE WE SUPPOSED TO DO?!

I, for one, welcome the utter chaos that is Week 2 of the NFL season.

Overall, underdogs went 8-8 ATS in Week 1, and, unfortunately, my NFL picks and predictions landed 1-2 against the spread. But we dig into this fresh slate of NFL odds and embrace the unknown that is Week 2 as well as these three underdog bets.

NFL picks against the spread for Week 2

Just like my aging legs on the basketball court, it took a little while for the Saints to really get going last Sunday.

New Orleans did not start the post-Payton era off on the right foot, falling behind big to the Atlanta Falcons. The Saints ranked out 20th in DVOA in the first 30 minutes of that game and finished No. 2 in second-half DVOA, en route to a 27-26 squeaker.

The competition level gets cranked up to 11 with the Buccaneers coming to the Big Easy, but I’m banking on the real Saints — the ones that battled back from a 26-10 fourth-quarter hole — to show up at home Sunday, right from the opening kickoff.

NOLA’s abrupt correction was more impressive than Tampa Bay’s primetime win in Dallas. The Bucs defense slapped around a flaccid Cowboys attack that looked bad even before Dak Prescott got hurt, but it’s Tampa Bay’s offense that sours me.

Tom Brady & Co. finished middle of the road in Week 1 EPA per play, boosted by a big day from the ground game which rumbled for 152 yards on 33 carries. Running against the Saints is another thing (especially if Leonard Fournette is truly dealing with a hammy). That leaves the Bucs leaning on a passing playbook that has a number of dudes showing up on the injury report.

Mike Evans, Breshad Perriman, and Russell Gage popped up in alerts Wednesday, but will likely be OK for Week 2. Chris Godwin suffered a hamstring injury, and his status is much cloudier. Then we come to Julio Jones, who was a Swiss Army knife in Week 1, doing his best Deebo Samuel impersonation, but sat out practice with a knee injury Wednesday.

The absence of — or injury-slowed starts — from any of these guys puts Tampa behind the 8-ball against a very good NOLA defense, especially when you throw in the problems on the Bucs’ offensive line. Tampa Bay was hit with a rash of ailments this offseason and the O-line ranked out 27th in ESPN’s pass-block win rate versus Dallas with an adjusted sack rate slipping from No. 1 in 2021 to No. 19 in the opener.

This spread dipped below a field goal on Wednesday but some books, like Pinnacle, are still dealing Saints +3 (-119) as of Thursday afternoon. While NOLA lost to Tampa Bay in the 2020 playoffs, it’s 4-0 SU and ATS against “Tompa Bay” the past two regular seasons.

Mike Tomlin and the Steelers are no strangers to the dark arts of Patriots head coach Bill Belichick. But they’ve added an expert in the ways of the Hoodie in 2022, bringing on former Belichick disciple Brian Flores as a defensive assistant.

Flores, of course, was the former head coach of the Miami Dolphins and just watched the defense he designed beat up on Belichick’s team in Week 1. Miami wrapped the opener No. 3 in EPA allowed per play (-0.201) and caused all kinds of chaos for New England’s offense.

Not only does Flores have in-depth knowledge on what worked and what didn’t from studying that Pats-Fins film but he’s one of the few branches of the Belichick coaching tree that found the sun. He also owns a 5-2 SU and ATS record against his mentor during his three seasons in South Beach. He knows something.

Even without Flores on the staff, Pittsburgh is a stiff test for this Patriots playbook. The Steelers just shredded a dynamic Cincinnati Bengals offense and New England rolls out far less in the way of talent and offensive intelligence. The comedic combo of Matt Patricia and Joe Judge schemed the saltine of all playbooks in Week 1 and spat out a pasty production ranked third lowest in EPA per play in the land.

There are reasons to sweat if you’re picking Pittsburgh, like the loss of T.J. Watt and the Steelers' shaky scoring, which wasn’t too far behind New England if we’re being honest. But with the Steel Curtain coming down hard, inside intel on the Pats, and New England playing its second straight road game with a banged-up QB, I’m twirling the Terrible Towel this weekend.

On April 23, 2020, in the early stages of the pandemic lockdown, the Eagles selected TCU receiver Jalen Reagor with the 21st pick. Immediately following that, the Vikings picked WR Justin Jefferson out of LSU at No. 22.

As Philadelphia and Minnesota prepare for their matchup in Week 2 of the 2022 season, both of those receivers are on the Vikings’ depth chart and Jefferson is coming off a monster season debut, reeling in nine catches for 184 yards and two touchdowns in a win over Green Bay.

If Philly didn’t already regret that draft whiff on Jefferson, it sure as hell will after Monday night.

Minnesota’s offense was instantly transformed with the hire of head coach Kevin O’Connell, showcasing a “pick your poison” balance between the run and pass game in Week 1. The Vikes were No. 2 in offensive DVOA at Football Outsiders and did so against a Packers defense many projected to be a Top-5 stop unit this season.

That’s a bar the Eagles aren’t likely to reach, considering they allowed the “Hard Knocks” Lions to look like the “Greatest Show on Turf” in the second half of their Week 1 shootout. Philadelphia allowed Detroit to roar back with 21 second-half points and finish the day 9-for-14 on third downs and a perfect 4-for-4 in the red zone.

If the Eagles can’t contain Minnesota’s offense early on and the Vikings build a big lead, then Philadelphia will have no choice but to abandon its run-centric scheme and let QB Jalen Hurts throw against a Minnesota defense that just disarmed Aaron Rodgers for a QBR of 16.1.

Sharp bettors loved both of these teams this offseason, with the Vikes and Eagles the darlings of the futures market. That split opinion has this spread all over the place, as low as Minnesota +1 at some respected online shops and as high as +2.5 at sharper Vegas books.

Some doubters will point to Kirk Cousins and his notorious primetime pratfalls, with Cousins-led teams going just 10-18 SU in primetime, including a 2-9 SU mark on MNF for his career. And to those folks I say, I don’t need Kirk to win… just cover the +2.5.