The NFL landscape continues to unravel as we get set for Week 16, dampening some of the holiday cheer. But NFL Underdogs is back to at least help brighten the season with some wins — including Josh Allen and the Bills. 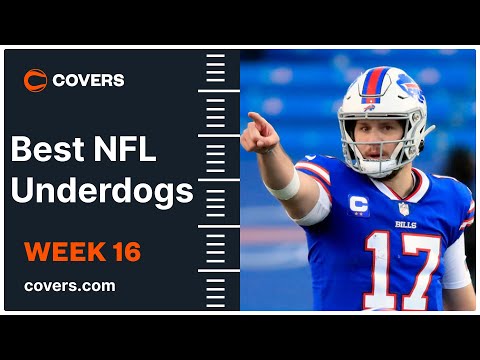 We’re making a list and checking it twice. We’re going to find out… just who the hell is playing in NFL Week 16.

The pandemic is crashing Christmas weekend with Grinch-like ferocity, stealing away your best-laid plans for the holidays and, as well, handicapping the NFL Week 16 odds.

Any NFL Underdogs point spread picks we get down early run the risk of being flipped on their ear, with outbreaks popping up like festive cheese-and-meat kiosks at the mall. And with the league tweaking its rules around vaccinated players, availability is just a big mystery box to be opened in a final hours before kickoff.

Roger Goodell is giving off major Clark W. Griswold vibes in the home stretch of the schedule. But instead of staring through crazy eyes and pushing through as his “fun, old-fashioned family Christmas” burns to the ground around him, Goodell is dead-set on putting a product on the field for the next three weeks.

And if there’s football. We’re going to bet on it. Here are my favorite NFL Week 16 picks getting the points this holiday weekend. Good luck and be safe.

NFL picks against the spread for Week 16

Just like how your aunt Linda love rips apart your life choices every time you get together for the holidays, the Indianapolis Colts will bring that same level of shame to the desert when they exploit all of Arizona’s weakness on Christmas Day.

Indy has rolled over opponents with this rushing attack, sitting head and shoulders above all other ground games (+0.095 EPA per rush) and faces a Cardinals stop unit ranked 27th in yards allowed per carry. On the season, Arizona’s opponents have run the ball just under 25 times per game. But in the team’s four losses, those foes handed off 34, 37, 21 and 34 times.

Indianapolis averages more than 30 run calls per outing, upping that ground-and-pound to almost 36 times over the past three games while chugging for more than 190 average yards rushing in that span. The Colts have dominated the football, ranked fourth in time of possession, and run the third-most methodical pace, calling a play every 29.75 seconds.

That leaves Kyler Murray & Co. wide open for another shot to the soft spot. With limited touches, this offense will need to make up ground in a hurry. That means going pass-heavy and playing into the hands of the most opportunistic and dangerous defense in the land.

Indy leads the AFC in takeaways with 31 – 17 coming via interception. Murray has been picked off five times in his last four starts and is playing without top target DeAndre Hopkins. Add to that missing piece Week 16 injuries to WR Rondale Moore, TE Zach Ertz, and RB James Conner, and Arizona will struggle to move the chains when it finally does get to touch the ball.

Postseason pressure is mounting for the Buffalo Bills, like anxiously tracking that last-minute gift order hoping it will show up before Christmas Day (you knew you should have sprung for priority shipping!).

The Bills take all that pressure built over the past seven games (in which they’re 3-4 SU) and stir in a healthy handful of vengeance stewing since the wind-plagued loss to New England in Week 13. Add in the Patriots’ paper record and a sprinkle of points, and you have a flavorful fruitcake only underdog bettors could stomach.

The shine has absolutely come off the Bills in the past month, and they didn’t look dominant in their “get right” win over Carolina last weekend – despite a 31-14 final. That said, they still managed to cover a big spread in a tough situational spot in Week 15, kickstarted the running game, and saw life from the pass rush (four sacks, six QB hits).

In fact, if you look at the Bills’ past six quarters of football, this team has outscored its opponents 55-17 in regulation (gave up six points in OT loss to Bucs after coming back from 24-3 hole in Week 14).

We’re taking the points and chewing back a slab of the Buffalo fruitcake in Week 16.

As mentioned above, the Panthers’ loss to Buffalo last week was a bit misleading. Carolina got stuck between a rock and a hard place when kicker Zane Gonzalez injured himself in warmups and forced coach Matt Rhule to abandon all kicking options, leading to a 1-for-5 day on fourth downs.

The Panthers defense kept Carolina in the mix for as long as it could, limiting the Bills to only 312 yards despite giving up solid field position on those fourth-down flops, along with an interception. This unit still ranks among the better defenses in the NFL (10th in DVOA at Football Outsiders) and returns home to play the Bucs’ skeleton crew.

Tampa Bay’s depth chart was decimated in last Sunday’s loss to New Orleans, leaving Tom Brady without many of his top targets. Receiver Chris Godwin is out for the year and fellow WR Mike Evans is questionable with a lingering hamstring injury. But the hits don’t stop there: running back Leonard Fournette is also sidelined for the immediate future.

Brady can still make magic out of whatever is left, which is why it’s important to get the Panthers on the other side of 10 with the half-point hook. The wheels have been wobbling on the Bucs’ bus the past six quarters of football (outscored 33-9 if you included OT vs. Bills) and Tampa Bay is just 2-5 ATS on the road this season. 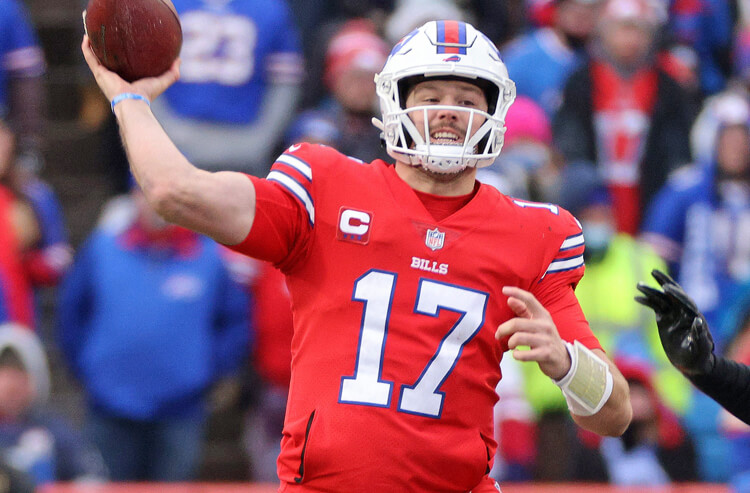