The Seahawks have been awful offensively lately — but a date with the Deebo-less 49ers provides a great chance for Seattle to cover as a home dog. Russ & Co. finally cooking again highlights our best NFL ATS picks and predictions this week. 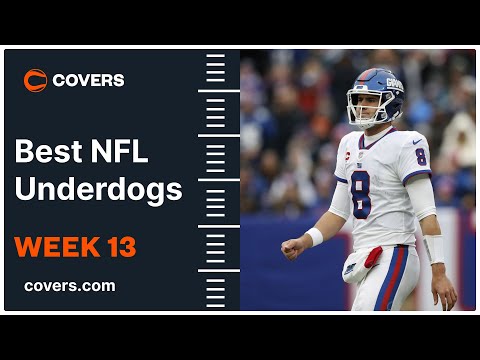 How do you bust out of a slump?

If "Bull Durham" taught us anything – and it has (so, so much) – it’s that all you need is a rainout, which involves a little B&E and public intoxication. And perhaps some light cross-dressing.

Self-help gurus promote performance over results — tough to do when grading NFL betting picks — while sticking to your process instead of trying something drastic and desperate. So, no blind darts being thrown or using pets to pick games.

And sports psychologists working with athletes in the midst of a slump preach positive “self talk”, which is a change in course from the negative flamethrower I’ve been aiming at the TV every time one of my bets goes sideways.

I’m Jason Logan and I’m in a sports betting slump.

After a sterling 18-9 ATS mark with my NFL Underdogs picks through the first nine weeks, I’ve gone colder than a polar bear’s toenails with a 1-8 ATS shit-powered waterslide ever since. So much for positive self talk.

Thankfully, I’ve been doing this betting thing for a while. I’ve seen streaks come and go and slumps eat away at my bankroll like the Ravens O-line just pulled up to the buffet. I’m not worried.

I’m good at my job. I work hard. My process is sound. I will get through this. And the rose goes in the front big guy.

Here are my NFL Week 13 point spread picks and predictions.

NFL picks against the spread for Week 13 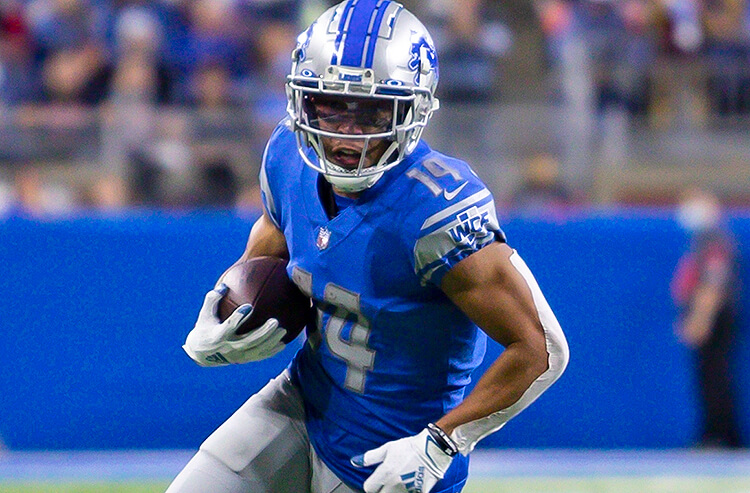 If any team can sympathize with my recent plight picking underdogs, it’s the Detroit Lions. Hell, at least I have one win during this skid. There’s some positive self talk!

Detroit stays at home after a mini bye following another heart-breaking loss on Thanksgiving and has a big situational edge against its NFC North rivals, the Minnesota Vikings, in Week 13.

The Vikings are playing their second straight road game Sunday and the fourth away tilt in the last five weeks. That stretch included two trips to California — most recently a 34-26 loss to San Francisco in which Minnesota’s defense was on the field for more than 37 minutes.

Despite that, and the loss of RB Dalvin Cook, the Vikes are laying a touchdown on the road. Minnesota is notorious for close games this year, with all but one of its 11 outings decided by one score. That’s been great for bettors when the Vikings are underdogs (5-1 ATS) but shit as favorites (1-3 ATS).

The Lions are also missing their top running back with D'Andre Swift sidelined and, at 0-10-1 SU, are a tough sell to most sports bettors.

However, Detroit has covered in three straight, has pushed back on defense during that span (No. 9 in EPA allowed at -0.145), and has had extra time to prep for a road-weary opponent that is just 2-5 ATS when giving a touchdown or more over the past three seasons. 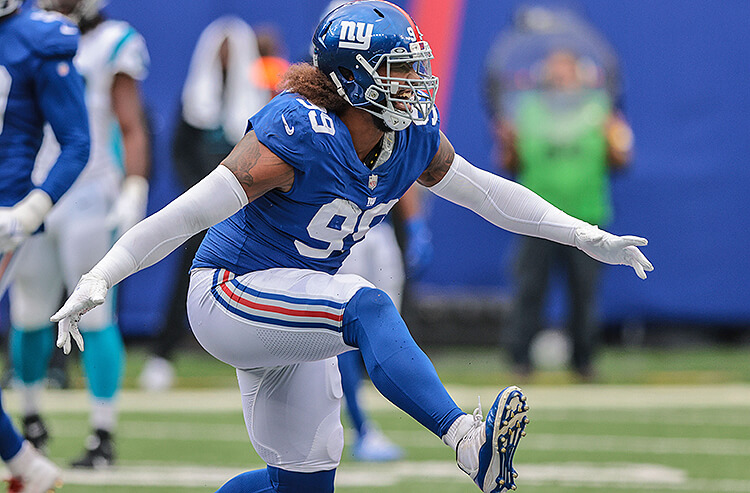 Maybe busting up my losing streak demands someone else’s winning streak to die: A streak for a streak.

The Miami Dolphins seem like a fine sacrifice, strutting into Week 13 on a four-game winning streak (both SU and ATS), hosting the New York Giants as 4.5-point chalk. Miami can keep the straight-up streak alive all it wants, but I’m coming for that ATS run.

The Giants scored an ugly win over Philadelphia last week on the back of its defense, which turned the Eagles over four times. New York’s stop unit is better than you think. This group is 11th in Defensive DVOA at Football Outsiders, sixth in red-zone defense, 12th in third-down stops, and ninth in takeaways.

Offensively, the G-Men leave a lot of points on the table. However, this will be the first full week under interim OC Freddie Kitchens, so expect some wrinkles, and the Giants have some capable playmakers around whoever is starting at quarterback. Those questions at QB (Daniel Jones or Mike Glennon?) have pumped this spread up from +2.5 to as high as +4.5.

The Dolphins haven’t been favorites this big all season, topping out at -4 versus Houston, which is part of this hollow winning run that features victories over the Texans, Jets, and Panthers. The crown jewel of this streak — a 22-10 stunner over Baltimore — came on a Thursday night in what was the Ravens’ first road game in almost 40 days. 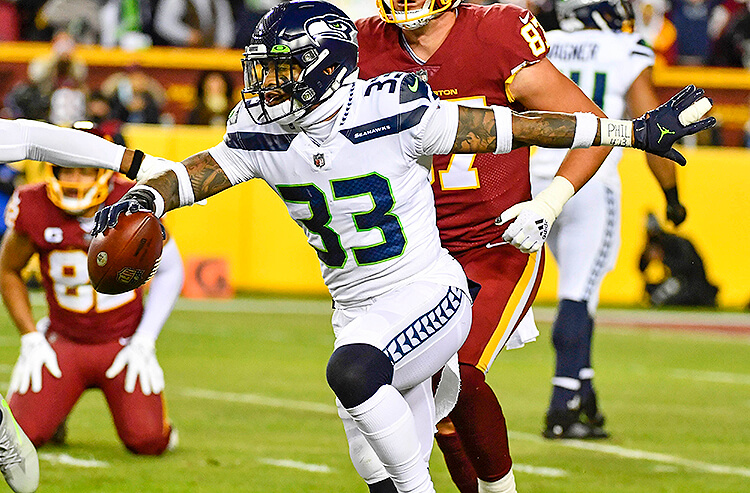 Dissecting my losing skid, I find the Seahawks popping up twice: +3 at Green Bay in Week 10 (17-0 loss that was zeros until midway through the fourth quarter) and +3.5 vs. Arizona in Week 11 (amazing closing line value in a 23-13 loss despite that spread swinging to Seattle -4.5 with Kyler Murray out).

If sticking with the routine is part of pushing through a slump, here we go again with the Seahawks and the points.

Seattle is a regular-season home dog for just the 12th time during the Russell Wilson era (7-4 ATS in the past 11 as a pup), and if there’s another guy out there trying to get right after three shite weeks, it’s Russ.

Wilson just hasn’t been himself since returning from his stomach-churning finger injury, posting a passer rating of 73.2 since Week 10 while ranking 28th in EPA per dropback in that span (-0.280). But much like I’m asking you — the loyal NFL Underdogs reader — to have faith in me during this downtick, I am putting my faith in Wilson to get right.

A return home to Lumen Field to face a Deebo-less Niners squad seems like a proper setting for a resurgence. And just in case Wilson takes a little time to heat up, Seattle’s stop unit has kept this club within one score of its opponents in the fourth quarter in each of its eight losses on the year.

It’s you and me Russ. Slumps be damned. 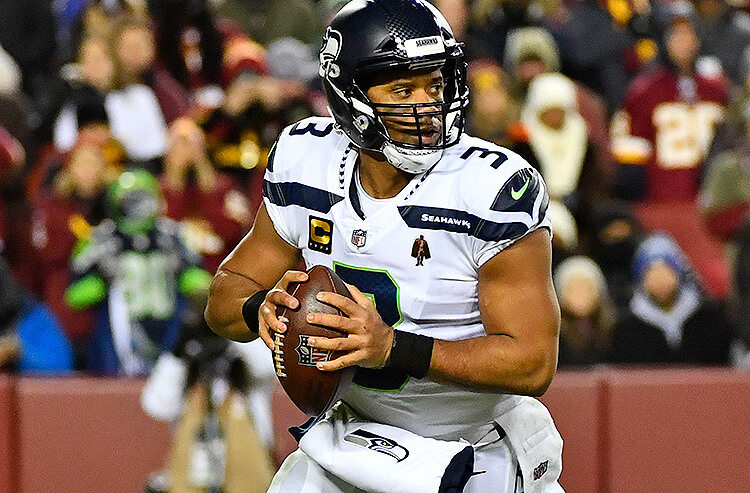