NFL prop odds picks and predictions: Who will lead the league in rushing?

Cincinnati Bengals RB Joe Mixon had a breakout year in 2018, finishing fourth in rushing with 1,168 yards on just 237 carries, for an impressive 4.9 yards per run. 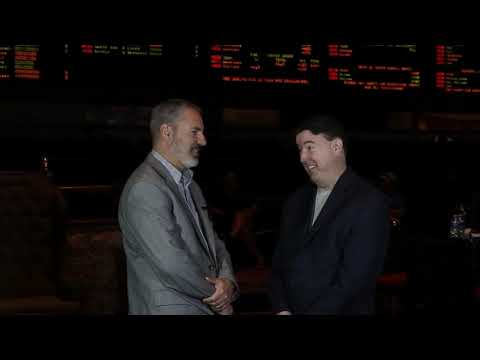 The NFL is a passing league. Just look at the decline in rushing attempts over the past decade.

Back in 2008, there were five teams that ran the ball on more than half of their snaps and all but seven teams went with the run less than 40 percent of the time. In 2018, only one team (Seattle) ran more than they passed and there were 14 teams that chose to run at less than a 40-percent clip.**video

That said, there’s nothing like dominating the pace and game clock with an unstoppable ground game. And, when it comes to running the football, oddsmakers at PointsBet expect these guys to do it best. We look at the betting favorites to lead the NFL in rushing yards and give a few live long shots worth a wager to roll over the competition in 2019.

WHO ARE THE FAVORITES?

Elliott topped the NFL in rushing in 2018, breaking off 1,434 yards on the ground. Granted, he did have 304 carries in an offense that ran the ball more than 43 percent of the time. Zeke is the heart and soul of Dallas’ offense with the team going 6-1 SU in games in which he chowed down for 100 or more rushing yards.

However, with QB Dak Prescott pushing for more money and WR Amari Cooper talking about a 2,000-yard season, are there enough touches to go around for Elliott to lead the league in rushing for the third time in his four years? On top of that, Zeke has also emerged as a pass-catching option as well, with 567 yards through the air in 2018. So…

Speaking of do-it-all backs, the Giants got one hell of a rookie season from Barkley. The Penn State product finished second in rushing yards with 1,307 on 261 carries and reeled in 91 receptions for 721 yards. He’ll see plenty of action in 2019, with Eli Manning in his twilight and rookie QB Daniel Jones likely thrown to the wolves at some point.

Perhaps the biggest knock against Barkley and his quest to lead the league in rushing yards, is that he plays on a terrible team. New York finished 2018 with a 5-11 record and sent its top wide receiver, Odell Beckham Jr., packing for Cleveland. The Giants, with a season win total of 6.5, will likely be playing from behind most Sundays, leaving the offense to pass more than hand it off to Saquon.

Say what you want about Bell as a teammate or as a person: he’s going to get plenty of opportunities to show off in New York this season. Bell comes into 2019 with fresh legs and tread on the tires after sitting out the entire 2018 schedule for the Pittsburgh Steelers. If we look back to 2017, he finished third in rushing yards with 1,291 gains but did have a league-high 321 carries – 34 more than the next running back.

Much like the two talents above Bell on the rushing leader odds board, the passing game is a big part of the playbook. Bell was targeted 107 times in 2017, catching 85 of those balls for 655 yards receiving. New Jets coach Adam Gase likes to keep opposing defenses guessing, and will toss Bell out there in a number of formations – sometimes as a runner, sometimes a receiver, and sometimes just a decoy.

UNDERDOGS WORTH A WAGER

Mixon had a breakout year in 2018, finishing fourth in rushing with 1,168 yards on just 237 carries, for an impressive 4.9 yards per run. He also missed two games at the start of the season and played in an offense that ran the ball on just 38.27 percent of their snaps (eighth fewest in the NFL).

This season will be his third in the NFL and Mixon has already shown a high degree of on-field smarts and patience to let plays develop, hitting those holes with a combo of speed and strength. Cincinnati didn’t give him much to run behind last season and the Bengals were trying to improve that with top pick OT Jonah Williams. However, he’s going to miss the entire season due to a shoulder injury.

The Colts have a gem in third-year back Marlon Mack, who finished 2018 with over 900 yards on 4.7 yards per carry. Mack played in only 12 games due to early-season ailments but put up huge efforts against some very strong defenses. He had only 195 carries on the year, but Indianapolis will give him plenty of touches as head coach Frank Reich wants to establish an elite rushing attack.

The Colts boast one of the better offensive lines in the league and with Andrew Luck and T.Y. Hilton keeping defenses on their toes, Mack should have plenty of clean air ahead of him. He’s got the speed to breakaway and the power to punch through the line on short yardage. It’s his durability that floats him to the back of the rushing leader odds.

An NFL leading rusher?! On a team with Tom Brady?! I know, I know. Sounds like I’m on crazy pills. But what Michel did in the postseason for the Patriots was incredible, totaling 336 yards rushing and six touchdowns in three playoff games. He went for 931 yards rushing in the regular season as a rookie despite missing three games and having to earn the trust of Brady and Belichick.

He underwent arthroscopic surgery on his knee this offseason and is expected to be back for camp with more pep in his step. New England is one of the best at targeting running backs in the passing game, but Bill Belichick loves to keep defenses guessing. The Pats ran the ball 47.5 percent of the time in the playoffs – up from 45 percent on the season – and Michel has plenty of space with Brady and the passing game stretching opposing stop units. 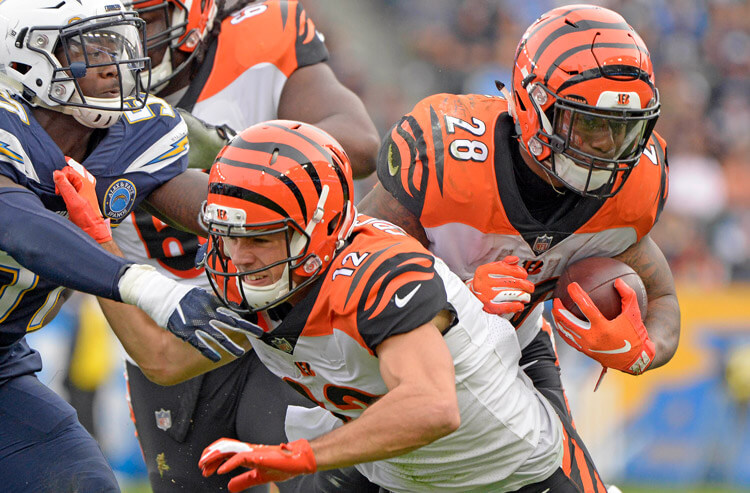 NFL prop odds picks and predictions: Who will lead the league in rushing?
Provided by