The best NFL bets against the spread in home openers

No preseason and muzzled media coverage at training camp makes NFL Week 1 betting a bit like flying on a trapeze without a net.

And then there’s the issue of having no fans or limited attendance. Sports betting lore tells us home field is worth a field goal to the point spread but does that hold up in 2020?

To make sense of these confusing times, we go to the past to see which teams could provide a little extra NFL betting value when betting their early home stands.

These are the best NFL bets in home openers since 2006.

The Falcons moved into the new Mercedes-Benz Stadium in 2017 and carried with them an impressive record against the spread in home openers, going 3-0 ATS in those contests the past three seasons. Before then, Atlanta was 9-2 ATS in its first game in front of the Georgia Dome faithful going back to 2006.

The Falcons have scored an average of 28.3 points (the irony is not lost on us) in those games while giving up just 21.2 points against, for a comfy winning margin of a touchdown. Atlanta hosts Seattle in Week 1 as a 1-point home underdog and – after some flip-flopping – will not have fans in attendance.

Not a big surprise here. Lambeau is one of those home fields that could be worth more than the customary field goal to the spread. Green Bay did fail to cover in its home opener with Chicago two years ago – a wild comeback from 20-0 down to the Bears – but has been all that and a block of cheese in recent seasons, going 4-1 ATS in home debuts since 2015.

Over the past 14 seasons, the Packers own an average 25-20 edge in home openers but will have to wait until Week 2 to improve on that metric. Green Bay is in Minnesota in Week 1 but hosts Detroit as a 7-point favorite at an empty Lambeau Field on September 20.

Another no-brainer and a home field absolutely worth more than three points to the point spread. CenturyLink Field is one of the most disruptive venues in the NFL, with deafening crowd noise and soggy Seattle weather plaguing visiting teams. However, the infamous 12th Man is locked out for at least the first three games of 2020.

As mentioned above, the Seahawks are in Atlanta for Week 1 but host new-look New England on Sunday Night Football in Week 2, giving 3.5 points to the Patriots. Now, before you blindly throw you shekels down on Seattle, know that the Seahawks are just 1-3 ATS in home openers the past four seasons, including squeaking out a 21-20 win over Cincinnati as 9.5-point chalk in 2019’s home opener.

Fans or no fans, you aren’t getting any discounts on the Ravens this season. Baltimore is an 8.5-point favorite hosting Cleveland in Week 1, looking to cover for the fourth time in the past five home openers. The Ravens didn’t come through for the Maryland fanbase last season, knocking off Arizona 23-17 as 13-point home chalk in Week 2. That spread was massively inflated on the heels of the Ravens’ 59-10 drubbing at Miami the game before.

What’s most impressive about Baltimore’s ATS prowess in home openers is the fact that the team has faced an average spread of -6.7 in those 14 games and still managed to crank out a 64-percent ATS winning clip. The Ravens own an average final score of 26-13 over those home debuts, which looks promising considering the large Week 1 spread versus the Browns.

Pulling the trigger on the Broncos in home openers is one of my annual NFL wagers and one of the best betting trends with teeth. The above record doesn’t tell the full story and unfortunately, those pushes have taken some of the “wow” out of this trend, which is hitting at 64 percent since 2006.

However, if we go back even further, Denver’s dominance in home openers is straight-up bonkers. Since 2000, the Broncos are 18-2 SU and 12-4-4 ATS (75%) in those Mile High debuts. One of the likely reasons for this success is the high-altitude impact on visiting teams that aren’t in full game shape during the opening weeks of the schedule. The Broncos are 1.5-point home favorites against Tennessee for a fanless Monday Night Football meeting in Week 1.

Most online books and casinos offer bets on NFL odds and a wide variety of props and futures. Check out the best sportsbooks available where you live. 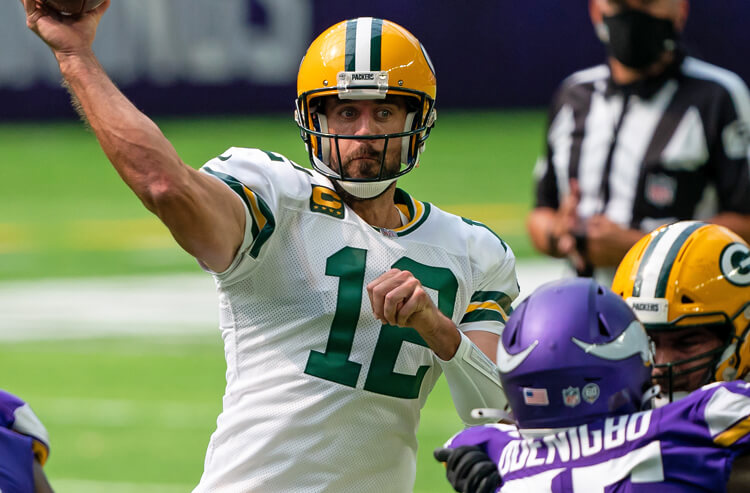