If this is your introduction to FCS football, let me introduce you to the North Dakota State Bison – the 90s Chicago Bulls of FCS college football. Only better.

The FCS juggernaut has won eight of the last nine championships, including the last three. But the Bison will have to deal with some change, as quarterback Trey Lance has left to prepare for the 2021 NFL Draft. Will NDSU be able to cover a massive 23-point spread against the Penguins without their star QB?

Find out in our best college football free picks and predictions for Youngstown State vs. North Dakota State, with kickoff set for Sunday, Feb. 21 at 3:30 p.m. ET.

This game will be played indoors at the FARGODOME in Fargo, North Dakota.

North Dakota State is coming off of a perfect season, capped off by a thrilling FCS Championship victory over James Madison. Now, their journey for title No. 9 begins Sunday against Youngstown State.

Expectations will be low for Youngstown State and new head coach Doug Phillips. The Penguins are coming off a year in which they went 2-6 in Missouri Valley Football Conference play. They have a veteran quarterback in Joe Caycroft, but have to replace their top two rushers from a season ago. The defense has some playmakers, particularly in the secondary, but it might not matter because while this game will be played in the FARGODOME, it may as well be “Welcome to the Thunderdome.”

On top of winning eight of the last nine FCS championships, North Dakota State has won 38 consecutive games dating back to 2017. 38! Losing Trey Lance is a blow, but there is no team that deals with roster turnover better than the Bison.

First of all, the Bison are a run-first team that have one of the best offensive lines in the country and is returning nine starters. As a team, the Bison rushed for over 4,000 yards a season ago, including 256 in a 56-17 win over Youngstown State. The next man up under center for NDSU is Iowa State transfer Zeb Noland. While he isn’t the athlete Lance was, his experience should play well in Fargo.

This is just a bad spot for the Penguins and the Bison should put on a show in their home opener. As bettors get more and more intrigued by the prospect of betting on football this Sunday, they will realize there is no way they can fade North Dakota State in this spot and this line will only grow in the Bison's favor. So, jump on it as quickly as you can.

The total for this game is 52.5 and I’m not entirely sure why. It wouldn’t be crazy to see North Dakota State put up a 50-burger on their own in this matchup. Yes, once again there is no Lance, but the Bison have averaged 39.2 points per game over the last three seasons, with only one of those played by Lance.

While North Dakota State also had the MVFC’s best defense a season ago, they had a slight weakness against the run. You can expect a heavy dose of handoffs for Youngstown State in this one and if Craycraft can engineer a couple of scoring drives at the most, this one should go Over.

Did you know that if you parlayed today’s Youngstown State vs North Dakota State picks, you could win $26.45 on a $10 bet? 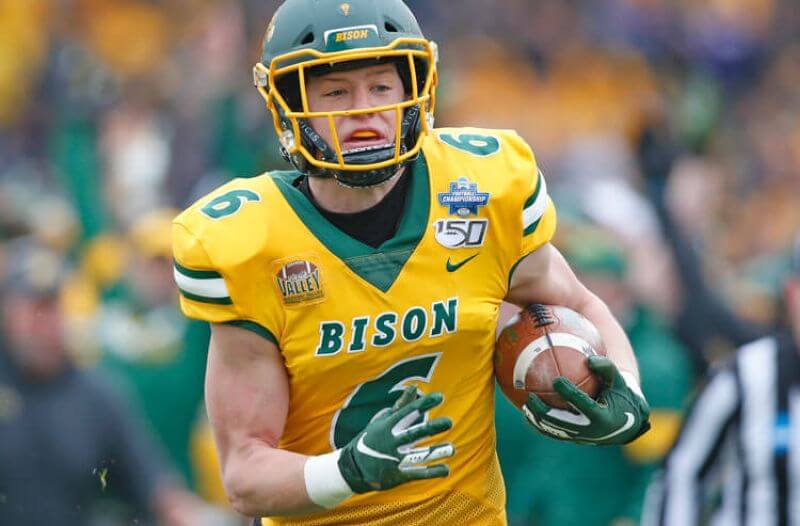