Andrew Caley's bringing you his best college football picks and predictions every week in the Triple Option. As the regular season draws to a close, he's looking at a pair of big spreads to target among his three best bets in Week 12. 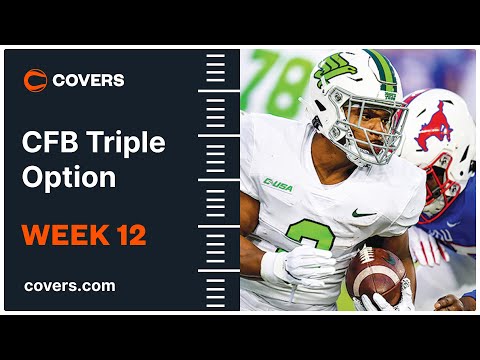 Well. It was another losing week for my best college football picks, and we are running out of weeks to turn things around. But that might create a new betting opportunity down the stretch.

Last week, we faded a Temple team that appeared to have called it a season before its matchup with Houston, and now it looks like we’ve found another quitter of the week in the FIU Golden Panthers as they welcome the North Texas Mean Green to town.

That and more as the Triple Option returns with my best college football picks and predictions for Week 12. (Oh, and fade away if you must).

For my money, Ohio State is clearly the class of the Big Ten, but does that mean I trust them to cover nearly three touchdowns against Michigan State? No way.

This line looks like a little bit of an overreaction to the fact that the Spartans lost to Purdue while Ohio State is coming off a dominant 59-31 win against the Boilermakers as 19-point favorites last week. But Michigan State was in a letdown spot coming off a huge win over Michigan, and Purdue was in that same spot with their big win over the Spartans. If Michigan State wins that game, the line for this matchup is probably in the 17 range.

The Ohio State backers will point to the fact that Michigan State gives up more passing yards than anyone in the country, which is true, but what they won’t say is how the Sparty defense tightens up in the red zone as the team surrenders just 22.5 points per game.

Meanwhile, the Buckeyes score TDs in just 65.9 percent of their red-zone trips. So, while CJ Stroud and his trio of talented receivers should put up plenty of yards, actually punching the ball in the end zone could be an issue.

Plus, it’s not like this has been an outstanding edition of the Ohio State defense. Heck, they just gave up 31 points to Purdue. The Buckeyes have been torched by the pass, and good teams have been able to run the ball (think Oregon), so it could be a big day for Kenneth Walker III.

The other problem here for Ohio State is the spot they are in this week. Yes, Michigan State is not a team to take lightly, but you know the Buckeyes are looking ahead to next week’s matchup with rival Michigan. And there is quite a history of them looking ahead as Ohio State is 0-7 ATS in its last seven games the week prior to playing Michigan.

The cherry on top is Michigan State knows it's being overlooked. But a win this weekend has them in the driver’s seat to return to the Big Ten championship game. Ohio State should win, but Sparty will keep this within three scores.

UCLA got back on track last week with a convincing 44-20 win over Colorado, covering the 18-point spread and ending their two-game slide. Now, Chip Kelly and the Bruins would like to end the season on a high note by taking out rival USC.

UCLA got back to what worked for them in last week’s win over the Buffs, and that’s running the football with one of the best running back duos in the country in Zach Charbonnet and Brittain Brown combined with healthy Dorian Thompson-Robinson under center. The Bruins rumbled for 245 yards in the win, and they should be able to do more of the same against a Trojans defense that ranks 97th in opponent yards per rush.

Then there's the mess that USC is generally in. The Trojans still don’t have a head coach for the future, their only Pac-12 wins have come against Arizona, Colorado, and Washington State, and now freshman quarterback Jaxson Dart makes his first career start in a rivalry game without future NFL receiver Drake London to target.

Kelly should have his team motivated to finish the season strong and maybe exact some revenge for last season’s matchup all in one blow. The Bruins are the better team and getting them at a field goal feels like a solid bet.

Last week I employed a hard fade of a Temple team that had quit on the season going against Houston and the Owls didn’t let me down as the Cougars came through with the cover. Maybe this should become a regular play for me, considering my record this season.

So, my quitter fade of the week this time around is poor old FIU, who hosts North Texas this week. Now, it might seem hard to get behind the Mean Green as double-digit road favorites, but hear me out.

For starters, FIU head coach Butch Davis won’t be coming back after this season and has openly stated that the school is actively trying to “sabotage” the program. Then there's the product on the field.

The Golden Panthers are 1-9 (3-7 ATS) for the season with the lone win coming against FCS Long Island University and have been outscored 135-34 over the last three weeks. And now, FIU’s best player, running back D’Vonte Price, is out for this game.

Meanwhile, the Mean Green come into this game with some momentum. They have won three in a row and have covered the spread in four straight behind a strong ground game. North Texas ranks 15th in the nation, rumbling for 223.4 yards per game with lead back DeAndre Torrey leading the way with his 997 yards and eight scores.

They go up against an FIU defense that struggles against the run, ranking 117th in opponent rushing yards per game and 116th in yards per rush attempt. The Golden Panthers also rank 125th in total defense and 126th in scoring defense.

It’s closing time for FIU, so bank on the Mean Green to put us in the green this week.

Texas at West Virginia (-3, 56.5): Lose to Kansas and all of a sudden you're an underdog to West Virginia. Yup, it's been a rough season for Texas, and the Longhorns might get a rude awakening when they switch over to the SEC, but they still might be getting undervalued in this Big 12 matchup.

Wake Forest at Clemson (+4.5, 56.5): One of the biggest games in the ACC this week sees the Demon Deacons visit the Tigers. Clemson is a rare home dog against No. 10 Wake Forest. The Deacs win games thanks to that great offense, but they haven't come across anything like this Tigers defense. And if there is a team the Clemson offense can get right against, it's Wake.

Oregon at Utah (-3, 59): I know Utah is a solid team, particularly since they switched to Cam Rising at QB, and Oregon has had its issues, but it still feels weird that the College Football Playoff committee's No. 3 team is a 3-point underdog to the No. 23 ranked team. Do the Ducks finally have some value? 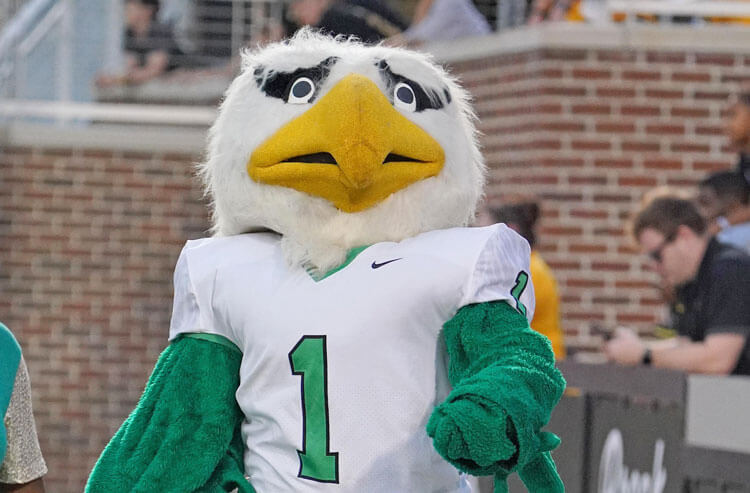