The Gonzaga Bulldogs are back in Spokane to take on the St. Mary’s Gaels Thursday night after a five-game WCC road trip kept them out of McCarthey Athletic Center for close to a month.

The Bulldogs are 20.5-point college basketball betting favorites, hosting their old conference nemesis. However, this rivalry doesn’t have the heat of past seasons, with the Gaels winning just twice in their last six games, including a 73-59 loss to Gonzaga at home on January 16.

Here are our NCAA basketball betting picks and predictions for St. Mary’s vs. Gonzaga on February 18.

The Under is 42-15 in Gaels' last 57 games as underdogs. Find more NCAA betting trends for St. Mary's vs. Gonzaga.

"St. Mary's at Gonzaga is battling against Iowa-Wisconsin to be the most-bet NCAA men's basketball matchup of the night. Both games are producing healthy bet count and turnover," PointsBet USA's Wyatt Yearout said. Gonzaga opened -21, dipped to -20 late Wednesday night and has spent all day today at -20.5, with 78 percent of bets and 88 percent of money on the Bulldogs as of 6:30 p.m. ET. The total opened 142.5, peaked at 144 a couple of times, dipped to 141 this afternoon and is now back at the opener. "Heavy action on the Over, taking 91 percent of bets and 93 percent of handle," Yearout said.

Not only does Gonzaga get to play in the friendly confines of McCarthey Athletic Center Thursday, but this will be the first home game attended by family this season, something head coach Mark Few believes will be “very big” for his players.

The Zags didn’t suffer any by not having fans in the stands, boasting the top home-scoring mark in the country at 93.9 points per game. Gonzaga actually shoots slightly better on the road (56.2% vs. 53.6% at home) but locks it down on defense in the role of host, allowing 63.8 points against in Spokane – more than nine points fewer than as a visitor.

The Gaels don’t have the scoring chops of past seasons and have struggled through a rough patch of the schedule that forces the program on the road for four straight games, while also running into COVID-19 outbreaks that put activities on ice for three weeks.

That disjointed slate showed in Saturday’s loss at Pepperdine, in which St. Mary’s mustered only 58 points on 38 percent shooting, including a 4-for-24 performance from beyond the arc. The Gaels were down by 14 points midway through the second half but battled back to lose 60-58.

The Bulldogs own an outstanding average margin of victory of more than 30 points at home on the year, and with some extra motivation in the stands, Thursday’s 20.5-point spread won’t stand a chance.

St. Mary’s best plan of attack versus Gonzaga is to slow the pace, keep the ball away from the Bulldogs’ wealth of scorers, and make the shots they do get. The Gaels are ranked 14th in the country in points allowed thanks in large part to the eighth-slowest tempo in the country (62.7 at KenPom.com).

The Zags are on the other end of that scale, ranked seventh in tempo, but are a defensive beast when playing at home. Gonzaga has stayed below the total in four straight games in Spokane and is 2-6 Over/Under as a host this year.

These foes played Under a 146.5-point total at St. Mary’s last month and are 3-7 Over/Under in their last 10 head-to-head matchups overall. 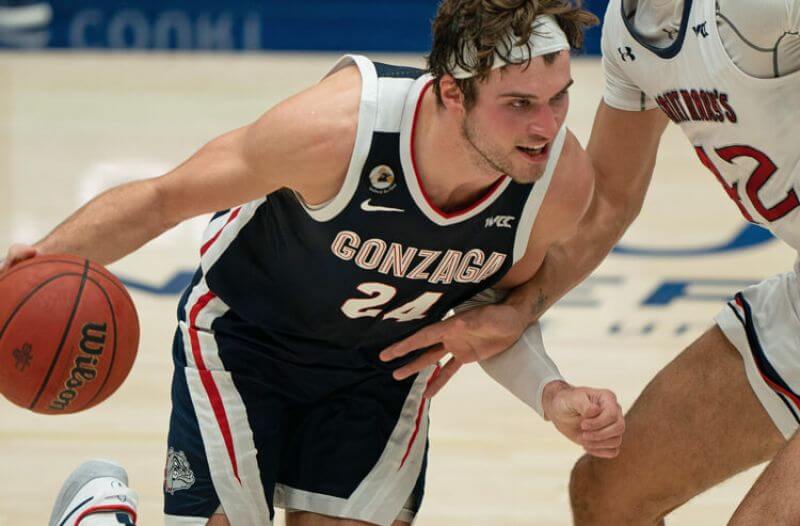 St. Mary's vs Gonzaga Picks: Gaels in Doghouse
Provided by