Conference USA rivals take to the floor in the NIT semifinals on Thursday, as the Louisiana Tech Bulldogs take on the Western Kentucky Hilltoppers at the Comerica Center in Frisco, Texas.

Oddsmakers are expecting a close game between these conference foes, with college basketball betting lines installing the Bulldogs as slim 1-point favorites with the Over/Under at 136.5.

Here are our best free NIT picks and predictions for Louisiana Tech vs. Western Kentucky on Thursday, March 25, with tipoff at 10 p.m. ET.

Louisiana Tech opened as a 1-point favorite at DraftKings, where the line then went to pick 'em multiple times and is at Western Kentucky -1 as of 7:30 p.m. ET. The Hilltoppers are taking 69 percent of bets and 83 percent of money on the spread. The total moved from 138 to 136, then ticked up to 136.5 this evening, with 64 percent of bets and a hefty 91 percent of cash on the Under.

There's a good reason the line for this game is so small, both of these schools have almost identical records, split the two games in the head-to-head this season, and were eliminated in the Conference USA Tournament by North Texas – the Hilltoppers in the finals and the Bulldogs in the semis. The same North Texas squad that would go on to upset Purdue in the NCAA Tournament.

If there's one player to watch in this game it's Hilltoppers center Charles Bassey. The Nigerian didn't start playing basketball until he was 12, then moved to the US where he blossomed into a five-star prospect and is now projected as a first-round pick in the NBA draft. Bassey was just named Conference USA Player of the Year after averaging 17.7 points, 11.4 rebounds, and 3.1 blocks per game, while shooting 59.7 percent from the field.

Bassey had huge games against Louisiana Tech this season, going off for 24 points and 17 rebounds in a 2-point win on January 8, and racking up 14 points and 13 boards in a 5-point loss the next day. However, the rest of the Hilltoppers struggled to shoot against the Bulldogs' lockdown defense. Bassey's teammates combined to shoot just 28.9 percent from the field in that first meeting, while going 13-43 (30.2 percent) in the rematch.

The Bulldogs have a terrific group of defenders led by Conference USA All-Defensive Team member Cobe Williams. He combines with conference Freshman of the Year power forward Kenneth Lofton Jr. and fellow sophomore Isaiah Crawford to give Louisiana Tech a young core that's getting better with every game. The Bulldogs are coming off an impressive 70-61 win over Ole Miss and are 11-2 SU and 9-3 ATS (Editor's Note: books did not provide odds for one of their games) over the last two months, with both losses close contests against that very strong North Texas team.

It's also worth mentioning that both meetings between these teams this season took place in Western Kentucky where the Hilltoppers had home-court advantage. The Bulldogs won the second matchup and lost the first contest by just two points, in large part due to an uncharacteristic 23 fouls – far more than their season average of just 15.4. Expect Louisiana Tech's defense to shut down Western Kentucky's offense on neutral ground and back the slim faves.

The Bulldogs' bread and butter all season has been their tenacious D, with Louisiana Tech limiting opponents to just 64.9 points per game on 40 percent shooting. The Hilltoppers aren't quite as dominant on that end of the floor but are still very impressive in their own right.

Western Kentucky guard Josh Anderson joined Williams and Bassey on the Conference USA All-Defensive Team, and the Hilltoppers are allowing 68.5 ppg, with that number going down to 62.5 ppg over their last eight games.

Both meetings this year went well below the total, with the two sides combining for 130 points in the first clash and 121 in the rematch. That jives with their recent history of cashing Unders with plenty of room to spare, with four of the previous five meetings since 2019 ending with 130 points or fewer. Back the Under again.

Did you know that if you parlayed today’s NCAA Western Kentucky vs. Louisiana Tech picks, you could win $26.45 on a $10 bet? 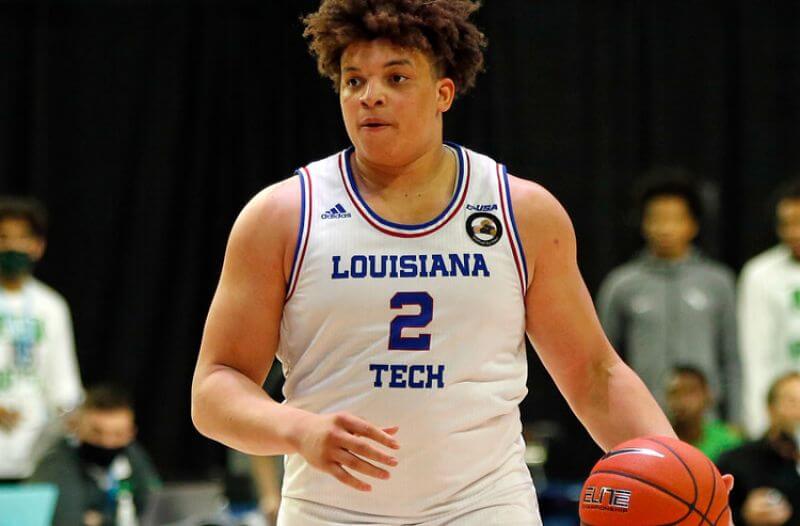