Alabama State vs UCLA Picks and Predictions: If Nothing Else, Back Hornets-Bruins to Go Over

Tonight, the No. 4 UCLA Bruins host the 2-9 Alabama State Hornets, a team that's given up explosive nights to similar competition. Though the Hornets should stay within the huge number, our preview is backing these squads to put up a ton of points.

The UCLA Bruins have had some extremely tough games on their early-season schedule. With wins over Villanova, UNLV, Colorado, and Marquette, the Bruins should have no problems going up against Alabama State on Wednesday night.

Not only did UCLA take on these tough squads, but the Bruins also faced top-ranked Gonzaga, which ultimately was the Bruins’ first and only loss of the season.

Alabama State, on the other hand, is ranked 339th in KenPom and is just 2-9 on the season. One win came against a non-D1 opponent while the other came against North Carolina Central, in overtime.

Teams like Iowa and Dayton scored over 90 points against Alabama State. Can UCLA get close to 100 points in tonight’s game? Find out in our picks and predictions for the late-night game between the Alabama State Hornets and UCLA Bruins.

The UCLA Bruins opened as a 35-point favorite and have stayed around -35 at most books. A couple of books dropped UCLA to -34.5, so if you’re looking to back UCLA, shop around!

The Over is 10-2 in the Bruins’ last 12 games as a home favorite of 13 or greater. Find more NCAA betting trends for Alabama State vs. UCLA.

There’s not much to break down here. The UCLA Bruins are going to win by double-digits. The spread is currently sitting at -35 and, to be frank, I struggle with big spreads like this.

Let’s be real. Everything needs to happen perfectly for UCLA to cover this spread. Last night, the LSU Tigers had a spread of -36.5 at closing and won by 40 over Northwestern State. It was an extremely close game when it came to the huge number.

Alabama State will rarely take three-point jumpers but inside, the Hornets are shooting 48%, which isn’t all that bad.

Meanwhile, UCLA is one of the best teams on the glass and has held opponents to 20.4% offensive rebounds on the year. Other than that, UCLA hasn’t looked incredible on the defensive end. The Bruins have certainly been above average but there’s room for Alabama State to have success in transition on the offensive end.

On the other hand, I’d be surprised if UCLA left each offensive possession without scoring. Not only is UCLA shooting 39% from long range and 48.5% from inside, but the Bruins are also earning 35.4% offensive rebounds and turning the ball over just 14.1% of the time.

Alabama State has struggled on the defensive glass and isn’t defending all that well in any area of the court.

I think we see plenty of points in this game, but with UCLA sitting as the huge -35-point favorite, I’ll take Alabama State and the points.

We’ve already seen Alabama State let teams run wild against them - giving up 108 points to Iowa, 93 to Dayton, and 91 to Vanderbilt.

Alabama State loves to run and use up possessions quickly. The smart decision would be to limit possessions against the Bruins, but they haven’t shown they can do that against the good offenses they've faced.

I’m expecting lots of scoring from UCLA and enough scoring from Alabama State to help get this game Over the total.

I’m going to stick with the Over in this game. I truly believe UCLA reaches 90 points in this game, and the Hornets, who are averaging close to 70 points per game, bring a quick offense (rank 11th in adjusted tempo) that will have plenty of possessions to score and contribute to this total. 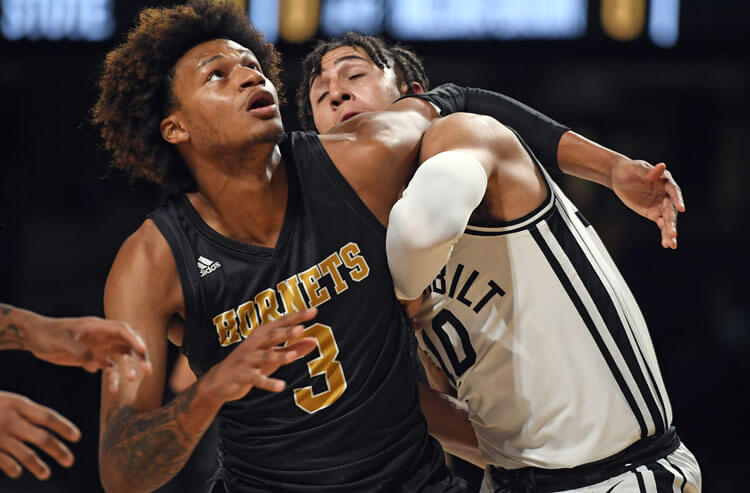 Alabama State vs UCLA Picks and Predictions: If Nothing Else, Back Hornets-Bruins to Go Over
Provided by