Miami's put up back-to-back duds in its two most important games of the season, but faces a generous spread on the road in an elimination game. Find out why our Heat vs. Celtics picks see them keeping things close in Game 6 Friday night. 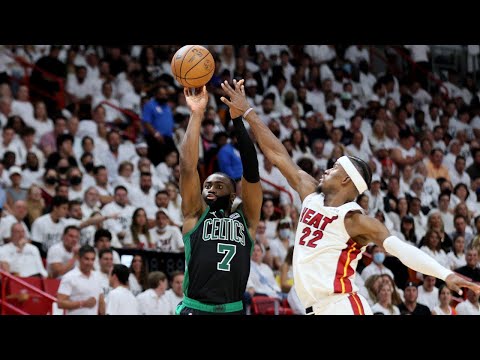 The Miami Heat have slugged admirably through a litany of key injuries all season, but said season is a game away from its curtain call.

In a 3-2 hole to the Boston Celtics and looking to dodge elimination on the road, our Heat vs. Celtics NBA picks and predictions for Friday night's Game 6 focus on how much Miami has left in the tank.

Find out if it's enough to keep its season alive on May 26.

The Heat are 13-6-1 in their last 20 road games. Find more NBA betting trends for Heat vs. Celtics.

Something's up with Miami.

Well, more specifically, several things are up with Miami, all of which helped contribute to two of the Heat's most piss-poor efforts imaginable in their two most important games of the season. Miami now has to win on the road as a fairly large dog to avoid elimination, and looks every sort of disjointed:

Kyle Lowry is very clearly nowhere near 100%, sapping the Heat of their transition spark and best playmaker in the halfcourt. Jimmy Butler also looks a step slow and has basically been taken out of the series, scoring eight, six, and 11 points in each of the past three games after 41 and 29 in the opening two. Of course, with Tyler Herro sidelined, the pickings are slim for Miami to conjure offense if Butler and Lowry continue to misfire.

The Heat have shot a combined 31% over the past two games, and while it likely can't get any worse, they're not about to suddenly catch fire against the NBA's best defense with an attack that looks horribly busted. Boston funneled the Heat into a buffet of contested 3-pointers, where they shot a horrid 7-for-45. Again, this will improve, but shows how little the Celts' defense gives up. Jimmy Butler settling for contested triples with plenty of time on the shot clock is indicative.

Boston, for its part, was no bed of roses on offense in Game 5, missing a bunch of open threes and committing numerous stupid turnovers. For large stretches of the first half, it looked like neither of these teams really wanted to win. The Celtics took command in the second frame, and now have to be smelling blood.

But is this spread giving them too much credit?

Boston's engaged in self-sabotage enough in the playoffs' later rounds, and Miami's a tough, well-coached unit that will throw the kitchen sink — and dishwasher to boot — at the Celtics. While the fundamental mismatch issues still exist (Boston's Top 7 has zero soft spots to attack on defense), Erik Spoelstra is one of the best coaches in the league and will summon both better effort and a couple of adjustments from Game 5's lessons.

Yes, the Heat are hobbled, and yes, they've looked awful the last two games. But variance happens in sports, and Miami's excelled while hurt all year — two bad games don't define a campaign. This team earned the No. 1 seed in the East and was fully healthy at pretty much no point this season.

We've seen this before from the Heat: they took ugly double-digit losses to Philadelphia in Games 3 and 4 of the second round before storming back to decisively take that series in six. While we don't think that happens here — Celtics are still the moneyline play — this spread suggests that Miami's just going to roll over and die, and we definitely don't see that happening.

The Heat have been crushing spreads on the road and may be handicapped too much here based on the away status and recency bias from their last two duds. This is an apex-coached squad that prides itself on toughness. Miami will at least land a few punches on its way down.

The totals in this series keep falling, and we feel as though we've hit the floor.

The sharps certainly thought so, as this line had shot up from 200/200.5 by as many as 1.5 points within a couple of hours of opening.

Not to blindly tail, but we're inclined to agree and feel as though both these teams are capable of much better on offense. Yes, these are two slow-paced, defense-first squads, but they've also easily aced this total in three of this series' five games. The trend has been downward, culminating in Game 5's 173-point shot graveyard, but that's creating value for the Over in a lower total.

Jimmy Butler will be pissed off and get to the line more than twice. Kyle Lowry (0 pts, 0 asts in 25 mins) can either play better or be benched. A team with Max Strus and Duncan Robinson couldn't shoot 7-for-45 from three again if it tried. And the outside chance of Tyler Herro suiting up creates even more potential upside for the Heat.

The Celtics should get a better performance from Jayson Tatum here, which drives a total more than any single player on the court, and Boston may be forced into more of a firefight. After a defensive war was waged for the first five games, this matchup's cadence is shifting. Spoelstra knows his team's not scoring enough and will likely counter with his best offensive lineups in Game 6.

We're not expecting fireworks — again, slow pace, defense-first — but this total is meager enough that anything beyond Miami's pathetic last two efforts should be able to push us Over.

Al Horford has become more of a force as this series has gone on, announcing himself after sitting Game 1 and a subdued 10/3/3 line in Game 2:

Horford's been subtly brilliant all season — exactly the kind of crafty veteran who can take advantage of defensive gaps in multiple ways when defenses key in on teammates. And we're doubtful that Spoelstra's going to be stressing "stop Al Horford!" pregame when Tatum and Jaylen Brown are buzzing around.

In a game where Miami might have to sacrifice defense for offense and the pace opens up a bit, it's fair that Horford would see potential for higher output in popcorn stats. Even as played, he's averaging 15 rebounds + assists in his past three games. With the Heat fighting for their lives and less blowout risk, he'll find ways to get Over this total, which we get at plus-money as opposed to juiced like the rest of his counting stats markets.

Did you know that if you parlayed today’s NBA Heat vs. Celtics predictions and picks in a single-game parlay, you could win $64.35 on a $10 bet?