NBA Picks and Predictions for February 8

Does the fact that we don’t have football to bet on anymore have you down in the dumps? Well, turn that frown upside-down, because you can now give NBA hoops way more of your attention!

We begin the post-Super Bowl life with a trio of NBA player props for you to bet on, which includes DeMar DeRozan and the San Antonio Spurs going against the depleted and foul-happy Golden State Warriors frontcourt.

We break down the NBA odds for those games and more with our best free NBA picks and predictions for Monday, February 8.

There should be plenty of fireworks when the Chicago Bulls host the Washington Wizards on Monday, as to of the NBA’s worst defensive teams go at it.

So, the Wizards and Bulls will try to throw their best punches on offense, as both rank in the Top 10 in points per game. Additionally, the Bulls have one of the highest-tempo offenses in the league, ranking third in pace. That should mean there are plenty of opportunities for Bulls’ playmakers and that means we are taking a hard look at Coby White’s assist total.

We are getting a relatively low number of 4.5 here, likely because he only has three assists in each of his last two games. But prior to that, the Bulls’ point guard had three straight games of six assists and averages 5.5 dimes for the season.

On top of that, White dished out six and 10 assists in two earlier meetings against the Wizards, who are playing the second half of a back-to-back, making this number too tempting to pass up.

The San Antonio Spurs have quietly claimed a spot that was once theirs for years and years—first place in the NBA Southwest Division. With the Houston Rockets taking a step back, and the Dallas Mavericks and New Orleans Pelicans seemingly unable to take the leap forward, the Spurs have taken advantage and they’ll look to cushion their lead in the division when they host the Golden State Warriors Monday.

The Warriors have traded wins and losses over their last six games and are coming off a pair of shootouts with the Mavs. But the Dubs’ biggest problem right now is big injuries...literally. Golden State’s frontcourt depth has been ravaged by the injury bug, as James Wiseman, Kevon Looney, and Marquese Chriss are all out long-term, and now with Eric Paschall questionable to play with a knee injury, we’re banking on DeMar DeRozan to take advantage.

The Spurs’ guard is coming off back-to-back 30 point performances and has 21 or more points in five of his last eight games. DeRozan does his best work when he’s driving to the hoop and getting to the free-throw line and the Warriors are running out of bodies to clog the middle with. On top of that, they allow the most opponent free throw attempts in the NBA. With DeMar averaging seven trips to the line per game, we like him to eclipse his point total in this one.

While the Spurs sit pretty in first place, the Dallas Mavericks have some to do. At 10-14, the Mavs sit in last place in the Southwest and will need to start stringing together wins if they want to start making up ground. The Mavericks will try to win consecutive basketball games for just the third time this season when they host the Minnesota Timberwolves tonight.

If it has been a tough season for the Mavs, it’s been downright ugly for the T-wolves, and not having Karl-Anthony Towns sure doesn’t help. The All-Star center has only played four games this season, with Minny going 4-15 in Towns’ absence.

One place the T-wolves have really struggled without Towns is on the glass. Minnesota ranks dead last in the NBA when it comes to rebounding percentage and 28th when it comes to opponent total rebounds allowed per game.

Your initial thought might be to jump on Luka Doncic’s rebounding prop, but he is only averaging 6.3 boards per game over the last 10 games, deferring to big man Kristaps Porzingis when it comes to cleaning up the glass. Porzingis is averaging 9.0 rebounds per game over his last five contests and should have plenty of opportunities to keep that going against one of the worst shooting teams in the NBA. 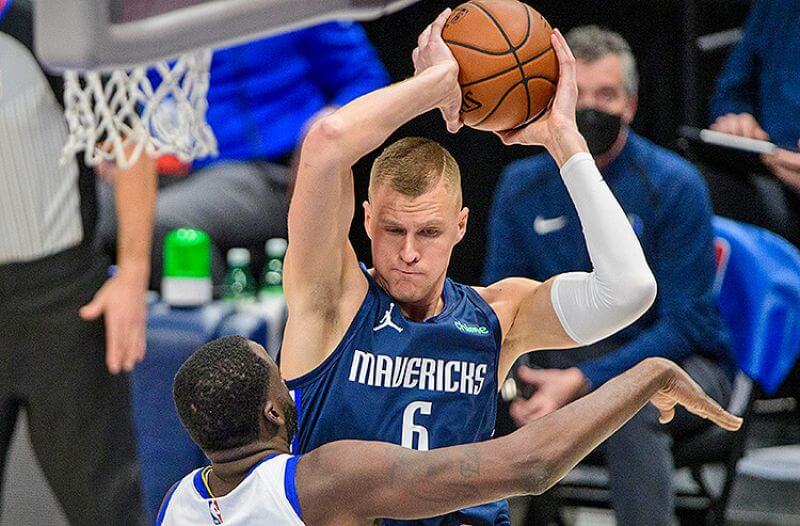 NBA Picks and Predictions for February 8
Provided by