After seeing their 11-game win streak snapped in an emphatic fashion, the Grizzlies will look to rebound at home vs. Chicago in an MLK Day matinee. The Bulls are beat up and playing their fifth game in seven days — this is a great spot for backing Memphis.

The Memphis Grizzlies always gets a prominent game on the NBA’s day-long Martin Luther King Jr. Day slate, but even the schedule makers couldn’t have expected a juicy NBA betting matchup that pits the East-leading Chicago Bulls against a Top-4 seed in the West.

As both of these teams continue to exceed expectations, maybe this national spotlight will turn more fans onto the surges in Chicago and Memphis.

Here are our free NBA picks and predictions for Bulls vs. Grizzlies on January 17, with tip set for 3:30 p.m. ET.

The Bulls are 0-4 ATS in their last four games against teams with a winning SU record. Find more NBA betting trends for Bulls vs. Grizzlies.

Bulls vs Grizzlies picks and predictions

Buying on the bad news of LaVine’s injury heading into Chicago’s game on Saturday night paid off — the Bulls covered a 6-point spread at Boston. Why not do it again?

Mostly because the Grizzlies finally lost.

At some point, their 11-game winning streak needed to end, and until it did, fading Memphis made some sense. But the Grizzlies fell flat at Dallas on Friday — very flat. Favored by 2.5, Memphis lost by 27.

The Grizzlies have now had a few days to stew on that, while Chicago is about to play its fifth game in seven days. This is the kind of grind the NBA largely tries to avoid, but every so often, a schedule dictates it. After this, the Bulls get to return home for one game before picking up a more even-handed every-other-day schedule for a week.

This just may be a schedule loss, particularly with the uncertainty of LaVine, but Chicago is exhausted and Memphis is at home and looking to wash out the taste of a blowout.

Let’s talk about NBA lifestyles for a moment. No, not the parties and the millions of dollars and the ability to text rap stars. Not the highlights. But rather, the day-to-day.

The NBA season is exhausting. Many people describe the October-to-April sleep cycle as nothing but a series of three-hour naps. And for almost every player, one of those naps occurs in the afternoon. That is not an anecdotal bit — that is nearly universal in the league.

So mid-afternoon games bring out the sluggishness in players. Their bodies are used to sleeping at that point in the day, not trying to reach peak efficiency. Catch most veterans in a moment of honesty and they will curse mid-afternoon games.

The sluggishness shows up most in shooting and overall offensive aggression. The instinct may be to look at a tired Chicago and know the Bulls relax on defense before they do on offense, but in this case, their offense will suffer, too, simply because usual REM cycles do not mesh well with true shooting percentages.

Furthermore, the Grizzlies have been doubling down on defense at home. This is not a vintage “Grit’n’Grind” Memphis team, but it still pays some tribute to those Western Conference Finals teams when the fan base demands.

The streak of Unders going 7-1 at home includes showings against high-powered offenses like the Timberwolves and the 76ers.

The Bulls with LaVine have been one of the most surprising and prolific offenses in the league, but if they are without him, they should start to slow down.

And if there is ever a day to intentionally slow down, it is when you are playing your fifth game in less than a week when you would rather be taking a nap.

Did you know that if you parlayed today’s NBA Bulls vs. Grizzlies predictions and picks in a single-game parlay, you could win $26.45 on a $10 bet? 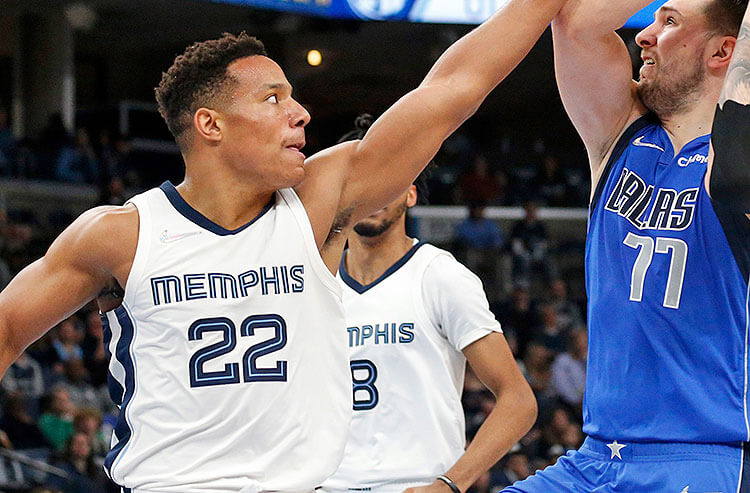 Bulls vs Grizzlies Picks and Predictions: Memphis Shuts Down Sleepwalking Chicago
Provided by