We're in Northern California on Sunday as the NASCAR Cup Series rolls on. We're taking Kyle Busch to secure his third career win at Sonoma Raceway and are fading Chase Elliott and Kyle Larson. Find out more in our NASCAR betting picks.

The NASCAR Cup Series hits Sonoma this weekend as the best stock-car drivers in the world take the track once more. Last week, Joey Logano prevailed in the Enjoy Illinois 300 at WWT Raceway in Madison, Illinois.

Here are our best bets for Sunday afternoon in Wine Country, with the green flag scheduled for 4:00 p.m. ET from Sonoma Raceway. You can also get an odds breakdown in our Toyota/Save Mart 350 odds.

Picks made on 6/7/22 at 2:30 p.m. ET.
Click on each pick above to jump to the full analysis.
Odds courtesy of DraftKings Sportsbook.

He’s a two-time Sonoma winner and has scored five Top-5 finishes in each of his last six Sonoma starts. Busch is also one of the hottest drivers on the season with eight Top-10 results in the last nine races, including finishing in the Top-3 three times and two runner-ups.

This is a great track for Toyota in general and Bell is great on road courses. He’s also surging on the season with eight Top-10 finishes. He was runner-up last year in Road America and won the Daytona road course.

He’s a past Sonoma winner and has five Top-10 finishes in his last six starts there. On the season, he's finished in the Top 3 in two out of the last three races.

He’s a past winner and has five Top-6 Sonoma finishes in his last six appearances.

He’s finished 9th in two of his last three Sonoma starts and was in the Top-3 of the final lap at COTA.

He’s dominated the Daytona road course, the ROVAL, as well as Watkins Glen. However, he’s also 0-for-5 in Sonoma and his last three finishes on the season are 29th, 33rd, and 21st respectively.

He had a resurgence on road courses last season, including a win in which he swept both stages to go along with leading 57 of 92 laps. He has also scored four straight poles there as well. However, Larson looked pedestrian with this new car in COTA. For these odds and Toyota’s prowess lately, I’d fade him.

Byron has never finished in the Top 20 in his three Sonoma races, plus he has no Top-10 finishes in his last seven races on the season.

Three of Briscoe’s last four finishes on the season have been 20th or worse. Bell, meanwhile, has five straight in the Top 10 to his credit. He’s also quietly good on road courses too, winning on the Daytona road course last February, being 2nd in Road America, placing in the Top 5 at both Watkins Glen and Indy road course, as well as finishing 3rd back in COTA too.

Chevrolet has won just three times in the last 14 years at Sonoma, while Ford is only 2-for-18. Toyota is the one to watch as they're winners in two of the last three.

Martin Truex Jr. is obviously the favorite but he’s only finished in the Top-5 twice all season. Chase Elliott is the road racing master but is 0-for-5 at Sonoma. Kyle Larson is the defending race winner but struggled mightily with this new car on the first road course of the season.

I like Kyle Busch and Christopher Bell to shine as a result of that. This race could be another wide-open event with strategy playing the biggest role here. You can pit and not lose a lap, so most drivers punt on domination in favor of the final stage track position.

But, with 11 different winners already this season, does that change anyone’s approach? Toyota is also a strong play as a winning manufacturer as this is now their race to lose entering it. 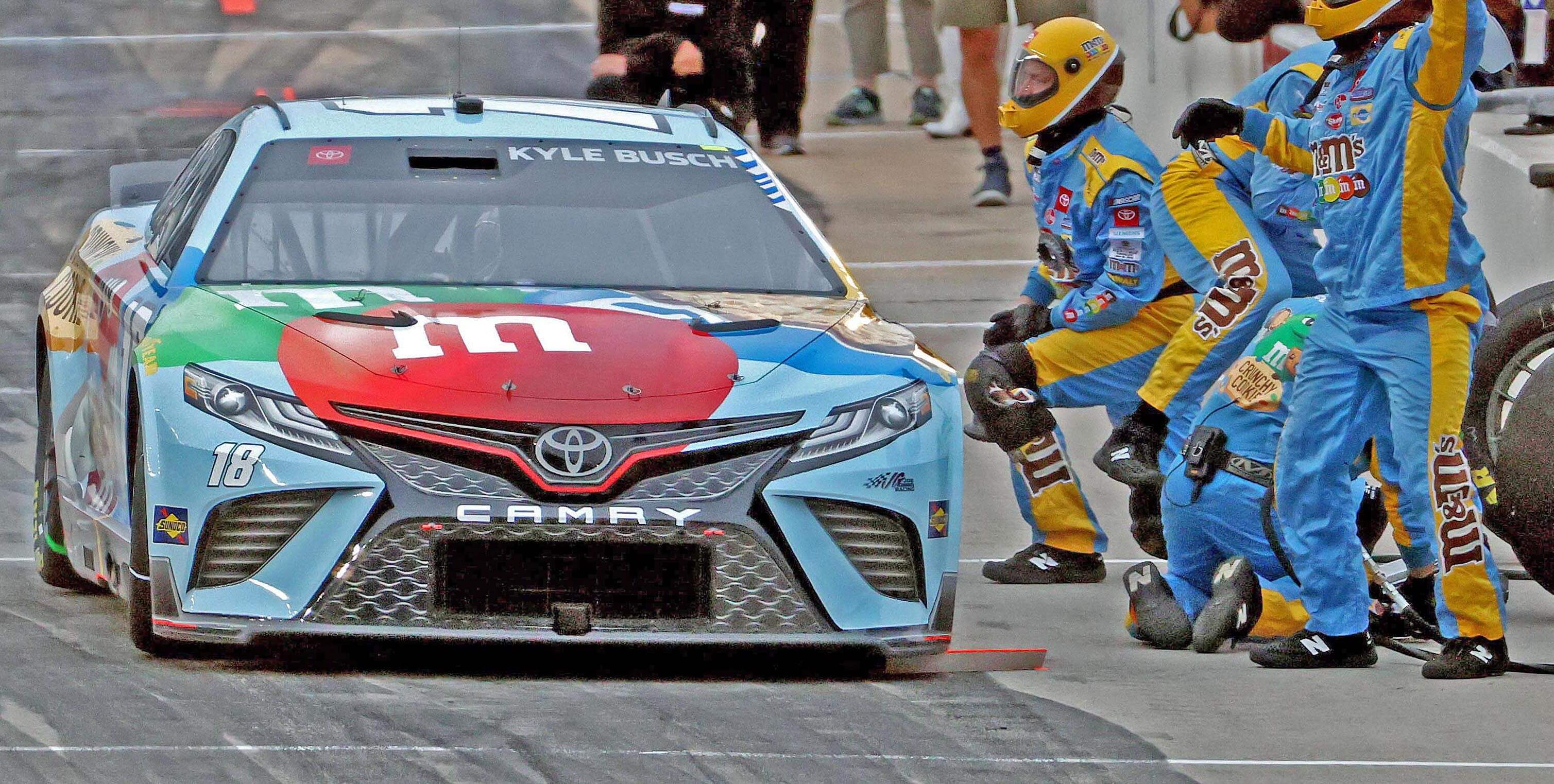 Toyota / Save Mart 350 Picks, Predictions, and Race Preview
Provided by