Last year, Kyle Larson rode this victory to a three-race streak and never looked back. This year, he returns as the co-favorite, along with another Kyle who's aiming for a Cup Series title of his own. Find out the best value in our Coca-Cola 600 picks.

After last weekend's All-Star Race, NASCAR shifts back into its regular season with the Coca-Cola 600.

Several of the circuit's top drivers still remain in contention after much upheaval and some heavy underdog winners during the season's early going. What can we expect Sunday?

Get the NASCAR betting low-down for this weekend's stop at Charlotte in our Coca-Cola 600 picks and predictions, with the green flag dropping at 6:00 p.m. ET on Sunday, May 29.

You can also get a comprehensive odds breakdown in our Coca-Cola 600 odds.

Picks made on 5/25/22 at 11:00 a.m. ET.
Click on each pick above to jump to the full analysis.
Odds courtesy of DraftKings Sportsbook.

Six Top-6 finishes in his last eight at Charlotte and has dominated for stretches. The Toyotas looked great on the last 1.5-mile track in Kansas too.

He swept every stage and took home a dominant win here last year.

Four out of his last six Charlotte starts have seen him finish in the Top 4, including three straight Top-2 results. His worst two finishes outside of the Top 2? 11th and 4th.

The hometown kid was fourth last year and just one of two drivers with multiple wins on the season. He won Atlanta back in the spring.

Here’s a good one too. Reddick was eighth and ninth respectively in the 600 the last two years, and won the 2019 Xfinity Series race from this track too.

Worth a look because of his value. He’s a past winner of this race and has two straight Top 10s, including sixth in last year’s 600.

Blaney may be coming off of an All-Star race win, but Charlotte hasn’t been a great track for him. Meanwhile, Busch won the last points-paying race at Kansas, a 1.5-mile track too, as well as scoring three Top-8 finishes in his last five Charlotte oval tries.

The longest race of the season is here. In saying that, we’re starting to get to the point of the schedule where we have past season data. While we haven’t been to Charlotte yet this season, we have been to Vegas and Kansas (1.5-mile tracks). While last week at Texas is most similar to Charlotte, the format and rules for last Sunday’s race doesn’t translate well over to this weekend.

While we’ve seen 13 points-paying races with 11 different winners — I sense we’re going to start seeing more in the way of repeat victories.

Toyota has the best value right now: starting to heat up and heading to a favorable track. In Darlington to start the month, they had five cars in the Top 6 late in the race. Then, a week later in Kansas, Kurt Busch won. Now we head to a track where Toyota has won four of the last seven Coca-Cola 600s.

Four of the last seven oval Charlotte races had a final green to checkered flag run of 59 laps or more. There have been just two OT Finishes in the last 18 races. 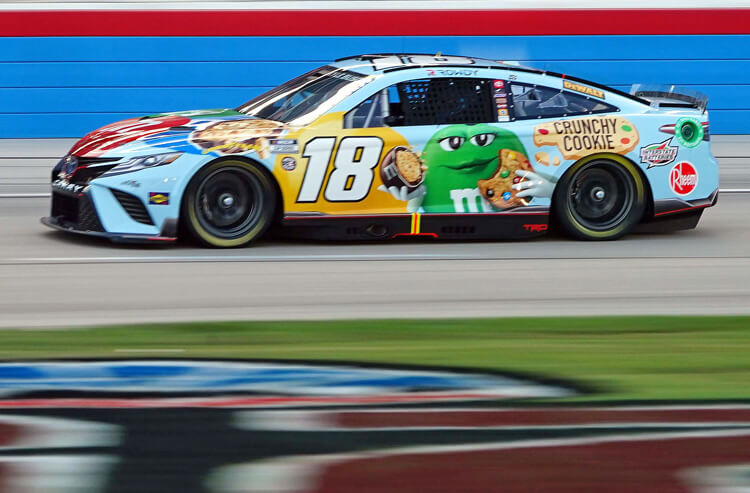