Kyle Larson again leads the Coca-Cola 600 odds, but he's joined by Kyle Busch, who's been putting himself in contention consistently this season. Get the pre-race odds and breakdown of the top drivers before NASCAR hits Charlotte Motor Speedway.

After last weekend's All-Star Race saw Ryan Blaney pull out a victory, we get back to business with the Coca-Cola 600 at Charlotte Motor Speedway.

Last season, Kyle Larson rode a victory here to a run that put him in pole position for the season title. As the co-favorite entering this weekend, are we in for a similar result?

You can also check out full race analysis in our Coca-Cola 600 picks.

Busch has been one of the most consistent drivers on the circuit this season, posting six Top-9 results — including a win and three Top 3s — in his last seven races to sit third in the Cup Series overall standings. A former Coca-Cola 600 champ (2018), he finished third here last year.

The Coca-Cola 600 was among Larson's litany of NASCAR victories last season, igniting a stretch of three straight wins for the eventual season-long champ. He's hoping to spark a similar result here, as his campaign's trending in the right direction (four Top-6s in the last five races), and he caught fire over the summer after an up-and-down start to 2021.

Elliott remains this season's overall points leader by a comfortable margin despite bombing to a season-worst 29th-place finish at Kansas. Elliott has finished runner-up in this race each of the last two years, and should be hungry to break through with an outright win and put his AdventHealth 400 setback behind him.

Truex has hit plenty of singles and doubles this season, but no home runs. Still seeking his first victory in 2022 (hell, his first Top-3 as well), Truex has kept himself in the Cup Series hunt with consistent finishes in the top third of the field, sitting sixth overall. Having won this race in both 2016 and 2019, he certainly has the right pedigree for a breakthrough. 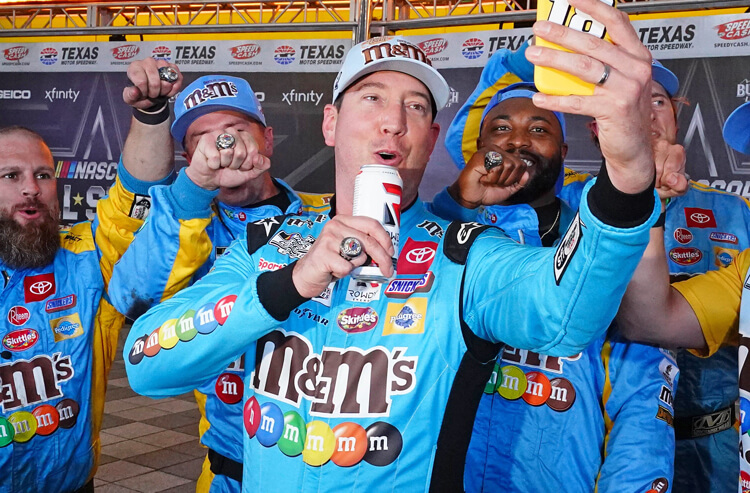 Coca-Cola 600 Odds: Busch and Larson Open as Co-Favorites
Provided by