Nathan Eovaldi has tormented the Yankees all year and faces a version of the Bombers today that is missing a number of key bats. We expect his dominance to continue, and the Red Sox to keep rolling over New York in Fenway.

The New York Yankees and Boston Red Sox are becoming quite familiar in the second half as the two AL East clubs will be meeting for the sixth time since the All-Star break on Saturday.

The AL-leading Red Sox have the first two games of a four-game series at Fenway and are coming off a 6-2 win over Gerrit Cole last night. Boston has won nine of the 11 meetings this year — including all five at home.

Boston opened as a -152 MLB betting favorite and that price has dipped quickly to -167. The total has also seen some movement after opening at 9 and hitting 9.5 shortly after.

Here are our free picks and predictions for Yankees vs. Red Sox for Saturday, July 24, with first pitch at 4:05 p.m. ET.

Jameson Taillon (5-4, 4.60 ERA): Jameson Taillon finished the first half of the season with a near-5.00 ERA but came out of the break with a gem against the Red Sox last Sunday, throwing 5 1-3 innings of four-hit, no-run ball. But that game was at home, where the righty has a 3.26 ERA. On the road, Taillon owns a 7.20 ERA. Despite the road struggles, batters are hitting just .167 off the New York pitcher this month.

Nathan Eovaldi (9-5, 3.57 ERA): It will be the third try for Nathan Eovaldi to pick up his 10th win of the year — and tie Gerrit Cole for the AL lead. The right-hander picked up a no-decision last Saturday against the Yankees after throwing five innings and allowing just two hits and a run. He’s made three starts against New York this year and boasts a 1.45 ERA with a 2-0 record.

Yankees: Gary Sanchez C (Questionable), Aaron Judge OF (Out), Kyle Higashioka C (Out), Aaron Hicks OF (Out), Miguel Andujar OF (Out), Luke Voit 1B (Out), Clint Frazier OF (Out).
Red Sox: Danny Santana OF (Questionable).
Find our latest MLB injury reports.

The Under is 4-0 in Eovaldi's last four starts vs. the American League East. Find more MLB betting trends for Yankees vs. Red Sox.

It took them a bit to get going, but Rafael Devers and the Red Sox got the offense rolling against one of the best in Gerrit Cole last night. Devers launched two home runs and drove in five in the 6-2 win, which was the fifth straight at Fenway versus the Yankees this year. Boston is 9-2 SU against New York in 2021 and clings to a one-game lead in the AL East over the Tampa Bay Rays.

Boston comes into Saturday’s match as a -167 favorite, which is the lowest odds Boston has seen in its five meetings with New York at Fenway this season. Boston boasts the advantage on the mound with Nathan Eovaldi versus Jameson Taillon, but the big reason for the price discrepancy comes down to the offenses.

The Yankees are the walking wounded of late and used Rougned Odor in the No. 3 spot in last night’s loss. New York failed to get anything going at the dish, despite seeing six different Boston pitchers after starter Eduardo Rodriguez lasted just one inning.

The Yankees managed just four singles and two doubles last night, which came on the heels of a four-hit performance in the opener. New York has struggled to score all year and now its lineup could be without clean-up hitter Gary Sanchez as well after he exited yesterday.

The Boston offense has caught fire this week, having scored 31 runs over its last four games. Devers is slashing .273/.448/.864 with four home runs over the last seven days while the team is scoring 0.70 more runs per game at home than on the road this season.

Eovaldi has pitched extremely well against the Yankees this year, allowing just three earned runs over 18-plus innings against New York in three starts. Even if Eovaldi and the Red Sox fall behind early, it shouldn’t worry Boston backers as the Red Sox lead the MLB in comeback wins and have an incredible 31 victories after trailing — they have 60 wins on the season.

With the New York offense posing little threat, we can hit the run line with a little more confidence Saturday and take some of that plus money.

Both teams have been profitable to the Under this year. The Yankees are 20-26 O/U on the road this season while Boston is 24-31-3 O/U as the favorite in 2021. Boston is expected to do the heavy lifting Saturday in regards to run production (TT O4.5 -141) but Jameson Taillon has been keeping a lid on that over the last month.

The New York starter has thrown 18 1-3 innings in July and has allowed just 11 hits and three earned runs. He has seen Boston twice this year and has held his own with a 2.53 ERA and a 1-0 record. We still don’t trust this New York offense with an Over, but if Taillon and the bullpen can keep things in check, we like the chances with the Under 9.5.

Boston’s Eovaldi is 3-0 to the Under in his three starts against the Yankees this season and has given up just three earned runs in 18 2-3 innings. Sanchez will likely have the day off today after back spasms forced him from the lineup yesterday.

That would likely push Rob Brantly (.091 AVG) into a starting role Saturday, or force the Yankees to add a catcher from AAA as Kyle Higashioka is still out due to COVID-19 protocols. The addition of a light-hitting catcher would give the Yankees as weak of a bottom-half as they've had all year.

Low humidity and a cross-wind could also be in our favor. 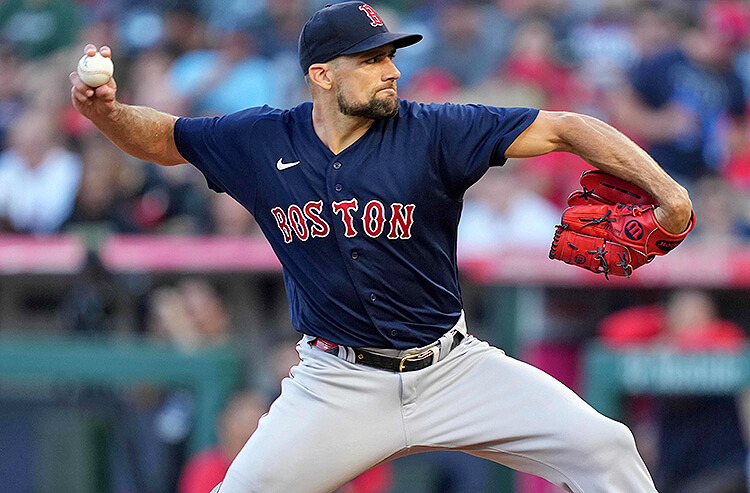