Opponents' bats have been quiet against the Yankees in 2021, with New York boasting the lowest ERA and WHIP in the majors.

The high stakes season series between the AL East-favorite New York Yankees and the reigning World Series champion Tampa Bay Rays will begin on Friday, with the Bronx Bombers heading to Florida.

While neither side has stormed out of the gate, with New York at 3-3 and Tampa Bay at 2-4, this weekend's series will still be a must-watch for MLB betting.

Here are our best free picks and predictions for Yankees vs. Rays on April 9, with the first pitch set for 3:10 p.m. ET.

Corey Kluber (0-0, 2.25 ERA): In Kluber's first start for the Yankees, the former long-time Cleveland starter lasted four innings, giving up five hits and three walks while striking out five in a 5-3 win for New York. The two-time Cy Young award winner will make just his third start since May 1, 2019, following a long injury layoff.

Rich Hill (0-0, 9.00 ERA): The journeyman lefty went four innings as well in his season debut, allowing five hits and four runs with two walks, striking out four batters. His first start for Tampa Bay came in an odd tandem arrangement, with Hill going four innings before bowing out in favor of Chris Archer. Hill predominantly uses a fastball and a curveball, mixing in a cutter, sinker and change-up.

The Under is 7-1 in the Yankees' last eight overall. Find more MLB betting trends for Yankees vs. Rays.

The Rays are coming off a disastrous series against fellow AL East side Red Sox. Hammerings of 11-2 and 9-2 were on either side of a 6-5 heartbreaker, in which they led by a run after the top of the ninth, 11th and 12th before losing — after being a strike away from victory — due to a hit by pitch, a wild pitch and a misplayed fly ball.

Not only has the Rays' volatile pitching behind ace Tyler Glasnow struggled, but their lineup has failed to help as well. Through the first week of the season, Tampa Bay ranks in the bottom half of the league in runs per game, batting average and on-base percentage. Tampa's one saving grace at the plate has been 2020 AL ALCS MVP Randy Arozarena who, after an electrifying October last year, has started well, hitting .300.

Though the Yanks are just a game ahead of the Rays at 3-3, their early-season numbers are encouraging. At the plate, New York is in the top half of the league in runs per game, batting average and on-base percentage — reasons for optimism despite a fairly quiet start — while it boasts the lowest ERA and WHIP in the majors. Even with Aaron Judge banged up heading into this one, the Yankees should take care of business against a struggling Rays team.

The Rays' struggles at bat are evident throughout the lineup, with just two starters (Manuel Margot and Arozarena) hitting .300 or above to start the year — and both players are hitting exactly .300. Tampa sits at 5-1 O/U largely due to their opponents, as it has averaged just 3.83 runs per game to begin the year. They have left fewer runners on base than the league average, too, which suggests positive regression may not be close.

Between consistently limiting opponents to low scoring so far this season and a quiet start for the Bronx bats, it's no surprise to see New York rewarding Under bettors early. Their series finale loss to the Orioles on Wednesday, a 4-3 11-inning affair, was the first time the Yankees have allowed more than three runs this year.

New York's lineup could get going this weekend, but as it stands, we are comfortable going Under at pitcher-friendly Tropicana Field. 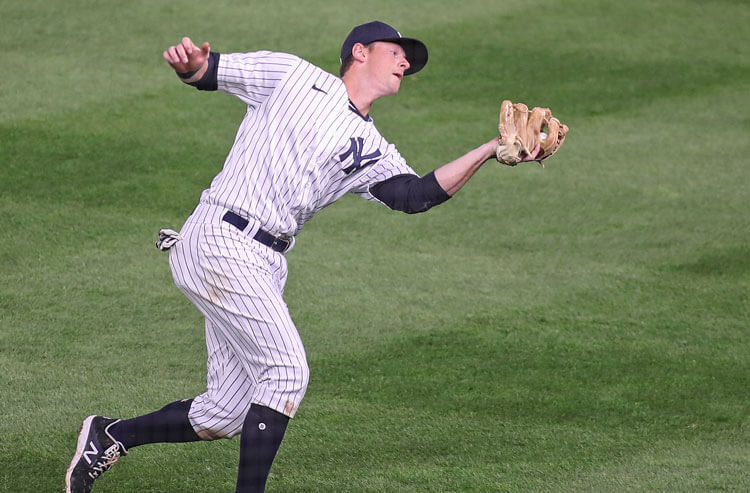