Twins vs Yankees Picks and Predictions: 50 Shades of Gray

The Yankees and Twins are in an interesting situation on the heels of a doubleheader. With tired arms, can the pitchers keep this score within reason? Our MLB picks think so, especially Sonny Gray.

We have the fourth and final game of this series with the AL East’s New York Yankees hosting the AL Central’s Minnesota Twins. This game is the seventh meeting between these two clubs this season with the Yankees winning five of the first six.

Will New York win once again, or can the Twins pull off the upset as a short road underdog? Find out in our free MLB picks and predictions for Twins vs Yankees on Thursday, September 8.

Twins vs Yankees picks and predictions

Right-hander Sonny Gray is taking the mound for Minnesota in this contest and should be an excellent candidate to back in the strikeout department. Through 21 starts this season, Gray is 7-4 with a 3.10 ERA and 1.13 WHIP.

While he has been excellent all season, the right-hander enters this contest in particularly great form. Over his last eight starts, Gray is 3-1 with a 2.16 ERA and 1.09 WHIP.

Across those eight starts, he has collected at least five strikeouts six times. Based on his metrics, we should not expect regression from Gray as he possesses a .300 xwOBA, .240 xBA, and .366 xSLG this year.

We’re getting a generous number in the strikeout department because New York obviously has a very dangerous offense. However, over his five career starts against the Yankees, Gray has reached at least five strikeouts four times.

While it’s a fair argument to make that his last start against the Yankees was in 2017, over half this lineup has faced Gray previously. Through 27 career plate appearances against Gray, this current Yankees roster possesses a 26.7% whiff rate and 29.6 strikeout percentage.

This trend should continue in this matchup. Since August 1, New York ranks just 25th in the league in K% when facing right-handed pitchers.

Looking at the Yankees' projected starting lineup for tonight, they only have two hitters who possess a season K% south of 22% (Isiah Kiner-Falefa and Jose Trevino).

We saw this in full effect yesterday when right-hander Louie Varland collected seven strikeouts in just five and 1-3 innings against New York, which also happened to be his MLB debut. Gray does an excellent job mixing his pitches as he does not throw anything more than 30% of the time, routinely alternating between his five-pitch arsenal.

This unpredictability has led to high-strikeout totals, especially in the second half of the season. Going against a Yankees team that strikes out frequently against right-handed pitching, Gray should get this total once again.

These two teams have started the month of September in polar opposite forms, with the Yankees winning four of their last six games, while the Twins have lost five of their last six. As highlighted above, Minnesota is going with one of its best arms this season.

However, New York is doing the same with the return of left-hander Nestor Cortes. This game is Cortes’ first start since August 21 because of a groin injury.

It will be interesting to see how deep Cortes goes, as he did not make a single rehab start during his time on the IL. In fact, the only thing he has really done is throw a 45-pitch live batting practice over the weekend.

Because of this, I would not be shocked at all if he went just four or five innings maximum. This creates a fascinating scenario because of yesterday’s double-header, two games in which New York utilized most of its bullpen.

Their “long-reliever”, Clarke Schmidt, was not used and therefore makes a great candidate to act as a “secondary starter” if Cortes gets yanked early. New York is short on the moneyline, a result that could be due to Cortes’ expected limits.

However, Schmidt has also been good this season, going 5-4 with a 3.02 ERA and 1.30 WHIP. Therefore, on a purely value aspect, I would lean toward taking the Yankees as a short favorite.

That being said, I want no part in fading Sonny Gray based on how he has fared in the second half of the season.

As you can probably guess by now, I would lean towards taking the Under in this game. If the pitching matchup is Gray against Cortes or Gray against Cortes/Schmidt, those are three starting pitchers I can trust to limit the scoring.

There is some unpredictability on how each team will utilize their bullpens. With yesterday’s double-header, both relief staff are relatively shot.

Will these teams be unafraid to throw some guys out once again? Will we see “long relievers” such as Clarke Schmidt, who normally are not a part of the rotation? Because of this unpredictability, I would lean with just sticking to F5 totals or moneylines.

Not only has this Yankees lineup struggled against Gray, but the Twins lineup has also struggled against Cortes. Through 28 career plate appearances against New York’s left-hander, this current Minnesota roster possesses a troubling .157 xBA, .211 xSLG, and .224 xwOBA.

Since August 1, the Twins rank just 24th in the league in BA, 23rd in SLG, 21st in OPS, and 22nd in wOBA when facing left-handed pitchers.

Sonny Gray (7-4, 3.10 ERA): Gray has not only been a strong pitcher all season, but he enters this game in tremendous form. Over his last eight starts, he’s 3-1 with a 2.16 ERA and 1.09 WHIP. His unpredictability serves as his biggest asset, routinely mixing between his five-pitch arsenal and keeping hitters honest. His three most utilized pitches (4-seam, sinker, and curveball) all have been efficient, with each pitch holding opposing hitters south of a .230 BA.

Nestor Cortes (9-4, 2.68 ERA): Making his first start since his groin injury in late August, Cortes looks to pick up where he left off. Over his last seven starts, Cortes is 2-1 with a 2.55 ERA and 0.83 WHIP. The main cause of concern for Cortes in this game is whether he’s ready for a full outing. Since his injury, the furthest thing he has been able to accomplish is a 45-pitch live batting practice over the weekend. With that in mind, we should not be shocked if he only goes four to five innings at the most. 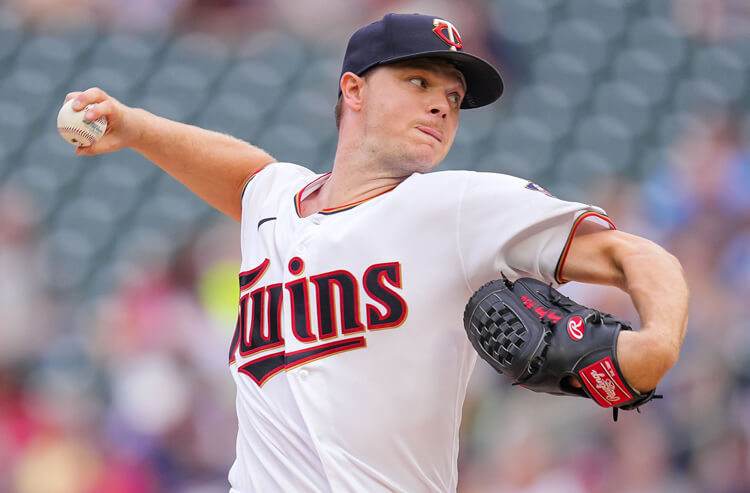 Twins vs Yankees Picks and Predictions: 50 Shades of Gray
Provided by