While Spencer Strider will rightfully attract all of the attention for the Braves' series-opener with the Giants, our MLB player prop picks are looking to his counterpart — Alex Cobb — to go Over his measly strikeout total of 5.5.

The new week of baseball action opens with a bit of a lighter day on the diamond as there are just nine games on the MLB schedule. But there are several intriguing games involving pennant races so there is no shortage of excitement and value to be found in the player prop market.

Today, we continue to ride Bo’s flow as the Toronto Blue Jays open a massive series with the Tampa Bay Rays. And while it’s Spencer Strider who will get most of the headlines in tonight’s Braves-Giants game, we’re actually looking at a strikeout prop for his counterpart, Alex Cobb.

It may be the middle of September, and the days are cooling off. But don’t tell that to Bo Bichette who is as hot as if it were still the dog days of summer. The Blue Jays' shortstop will look to stay surface of the sun hot when he and his teammates open a massive five-game set with the Tampa Bay Rays.

For those who watch the Blue Jays regularly, seeing the difference in Bichette’s approach at the plate recently has been a game changer. The Jays’ shortstop is doing a much better job of keeping his head down and still, letting the ball come to his bat, and has been willing to take the ball the other way.

The results have been phenomenal. Bichette has tallied 22 hits in 44 at-bats (.500) in the month of September and owns an impressive 1.602 OPS. That includes 13 extra-base hits (six home runs).

Meanwhile, the Rays enter this series leading the Blue Jays by just a half-game for the top Wild Card spot in the American League but are coming off a rough weekend at Yankee Stadium. Tampa Bay got two innings combined from their two starters over the weekend and had to dig deep into their bullpen, including using long man Ryan Yarbrough for five innings yesterday.

So, the Rays called up Cooper Criswell to pitch his first Big League innings this year, while also calling up five more arms from their Triple-A squad.

While the Rays have some great arms in that pen, I’m giving the edge to Bo in this matchup. He stays in his flow and goes Over 1.5 total bases for the eighth time in his last 11 games.

A slow start and nagging injuries seem to have hampered Arizona Diamondbacks utility man Ketel Marte all season long. As a result, Marte is hitting just .243 for the year. And that’s just not something we’ve been used to for a guy who hit for a .318 average over his previous three seasons.

But sometimes a familiar face is just what you need to get back on track. And that’s what will happen tonight when Marte digs into the batter's box and looks across to see Los Angeles Dodgers starter Tyler Anderson.

While Anderson is pitching well this season, he pitches to a lot of contact and Marte has used that to his advantage. Marte has faced Anderson 23 times in his career, racking up 10 hits (.435) which includes five doubles and two dingers.

Marte is also hitting a much more recognizable .292 when facing left-handed pitching this season, so getting the Over his total bases of 1.5 at better than even money is great value in this matchup.

Spencer Strider, the odds-on favorite to win the National League Rookie of the Year, will be most people’s focus when he takes the ball tonight for the Atlanta Braves when they visit the San Francisco Giants.

And why not? Strider has been incredible, pitching to a 2.69 ERA while striking out a ridiculous 13.6 batters per nine innings.

That said, instead, we are going to focus on his counterpart in this one – Alex Cobb.

Cobb is having a solid year for the Giants. He’s probably even been a little better than his 3.68 ERA with a FIP of 3.00, but his strikeouts are up lately as well. The right-hander’s strikeouts per nine innings are up to 10.04 over his last nine starts.

Tonight, he goes against a free-swinging Braves team. To be fair, it works. Atlanta ranks second in home runs, but the effect of that the team also ranks 28th in strikeouts per game and is next to last when it comes to K rate against right-handed hurlers.

We are getting nice plus money at the Over 5.5, a number Cobb has eclipsed six times over his last nine starts. He looks like a solid bet to do so once again tonight. 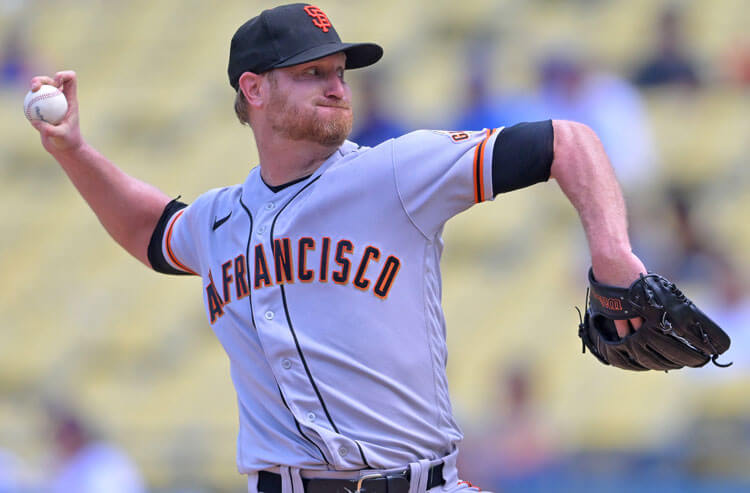