It might be the first football Sunday of the year but don't forget about MLB betting, with a full 15 games on the slate and thousands of MLB prop plays to consider — including a showdown between sizzling red-hot starters out on the West Coast.

It might be the first football Sunday of the year but don't forget about MLB betting — with a whopping 15 baseball games on the board and thousands of MLB prop betting options to consider!

Today we fade a young pitcher against a squad of sluggers, back one of the many red-hot batters on the Blue Jays, and break down a showdown between sizzling starters on the West Coast.

Here are our best free MLB prop bets and predictions for Sunday, September 12.

The Angels will give the ball to 25-year-old Jaime Barria this afternoon to face the Houston Astros. The right-hander has struggled this year, pitching to a 5.16 ERA with a 1.50 WHIP and an opponent batting average of .296 through 45 1-3 innings of work.

Barria has been getting rocked lately, allowing at least five hits in six consecutive starts and surrendering a whopping 38 hits in 25 2-3 innings over that span.

He could be in for another rough start as he faces off against a loaded Astros lineup that leads the majors with a batting average of .268. Houston has been even better lately, hitting .275 over the last 30 days. Pay the juice and grab the Over on Barria's hits allowed total today.

The Blue Jays continue to mash and it isn't just Vladimir Guerrero Jr. and Marcus Semien who are lighting up opposing pitchers. Teoscar Hernandez has been crushing the ball lately, slashing .350/.469/.725 with 29 total bases in 11 games this month.

Today, Hernandez and the Jays will face off against the Orioles and rookie starter Zac Lowther. The lefty doesn't have much MLB experience and hasn't had much success in the 14 1-3 major league innings he has pitched, surrendering 16 hits and 11 earned runs. Things won't get any better for Baltimore after Lowther, with its relievers pitching to an MLB-worst 5.56 ERA.

Hernandez has also absolutely teed off on southpaws this season, posting an incredible OPS of 1.123 against left-handed pitchers. Take the Over 1.5 on his total bases.

We've got a pitcher's duel on the West Coast as the San Diego Padres and Los Angeles Dodgers close out a three-game set in La-La Land. The big news for the Dodgers at the trade deadline was the trade for future Hall of Famer Max Scherzer. The fireballer has been fantastic for his new team, pitching to a 1.05 ERA with a 0.77 WHIP and 63 strikeouts through 43 innings across seven starts. That includes an August 26 showdown against San Diego where he held the Friars to two hits across 7 2-3 innings of scoreless ball.

However, Scherzer isn't the only pitcher sizzling in this matchup, with San Diego's Blake Snell playing his best ball of the year. The two-time All-Star had some up-and-down performances earlier in 2021 but has settled into a groove lately.

In seven starts since the beginning of August, Snell has a 1.85 ERA with a 0.78 WHIP and 65 strikeouts through 43 2-3 innings. He also had a start against the Dodgers during that span, holding them to just three hits and one run through 7 2-3 innings back on August 25. With two stud starters on the mound, take the first five innings Under. 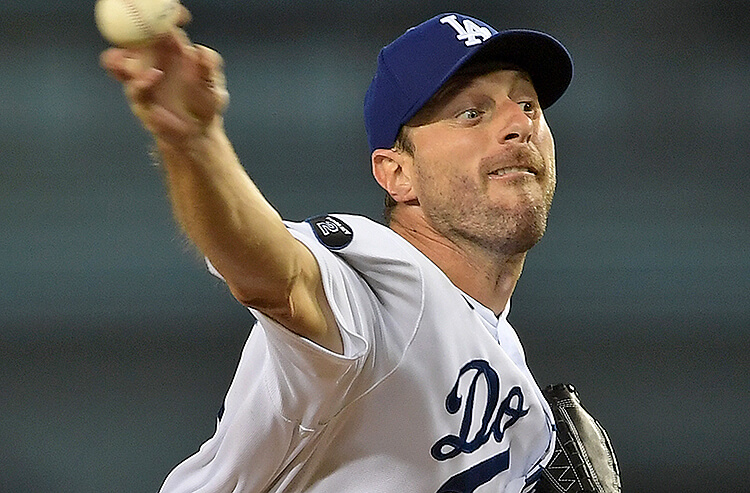