The Padres are trying to avoid a sweep, but are in tough against a Dodgers team that has not lost any of Max Scherzer's seven LA starts. However, San Diego is sending out an equally-hot Blake Snell — is there a reason to actually back the Friars today?

The Los Angeles Dodgers will look to complete a three-game sweep of the San Diego Padres at Dodgers Stadium on Sunday afternoon.

The Dodgers are chasing San Francisco for first in the NL West, while the Padres are fighting to cling on to the second Wild Card spot with four teams within 4.0 games.

The Friars are massive MLB betting underdogs to salvage a game in this series, as today's matchup on the mound features Blake Snell versus Max Scherzer.

Can San Diego steal a much-needed win at Chavez Ravine? Find out in our Padres vs. Dodgers picks and predictions for September 12.

Blake Snell (7-6, 4.22 ERA): Snell struggled early in the season but has recently performed much more like the star he once was in Tampa Bay. The lefty has allowed two or fewer runs in six of his last seven starts, while also struck out at least nine batters in five of those outings. Snell also recently had a brilliant performance against this Dodgers lineup, scattering three hits across 7 2-3 innings while punching out 10 back on August 25.

Max Scherzer (13-4, 2.28 ERA): Scherzer was brilliant in his last trip to the mound, giving up no earned runs in eight innings of work against St. Louis and striking out 13 batters in the process — extending his streak to 21 2-3 straight inning without allowing an earned run. The Dodgers haven’t lost in any of Scherzer's seven starts with the team, and the veteran righty struck out 10 batters in 7 2-3 shutout innings against this Padres team on August 26.

This is one of the rare games where going with the run line provides plenty of value, as you’re not paying a hefty price for the extra insurance. While the Dodgers have been unbeatable with Scherzer on the mound, there’s just no sense in suggesting that anybody takes a -200 favorite. And with the way that Snell is pitching, it’s even more difficult telling bettors to bank on the Dodgers winning by multiple runs.

Snell’s ERA was as high as 5.72 on June 16 and it was also 5.44 as recently as July 28. However, the lefty has really turned it on since then, turning in seven consecutive starts in which he gave up fewer than three runs, plus Snell has struck out at least 10 batters in each of his last three starts.

San Diego also happens to have some guys that have given Scherzer some trouble in the past. Eric Hosmer is 12 for 46 with three doubles and two homers against the righty in his career, while Wil Myers is 5 for 20 with two doubles and two dingers. The Padres could also get something from Victor Caratini or Adam Frazier, who are a combined 9 for 24 with four doubles against Scherzer.

Going against Scherzer is never a high-percentage play, but it looks like the right call if you’re itching to play this one. The Padres have a pitcher that can go toe-to-toe with him on the hill, and they have a few hitters that have shown they are capable of creating offense (besides Fernando Tatis Jr.).

This total somehow still doesn’t feel as low as it should be with these two starters on the mound. Five of Snell’s last six starts have gone below this number, with the only Over being one that went to extra innings: which coincidentally was his last outing against the Dodgers, but six of those runs were scored in the 15th and 16th innings.

Scherzer is in the exact same boat as Snell here, with five of the righty’s last six going below tonight’s mark.

Sure, there’s a lot of firepower in both of these lineups, but the safer pick seems to be rolling with two red-hot pitchers to keep doing their thing. 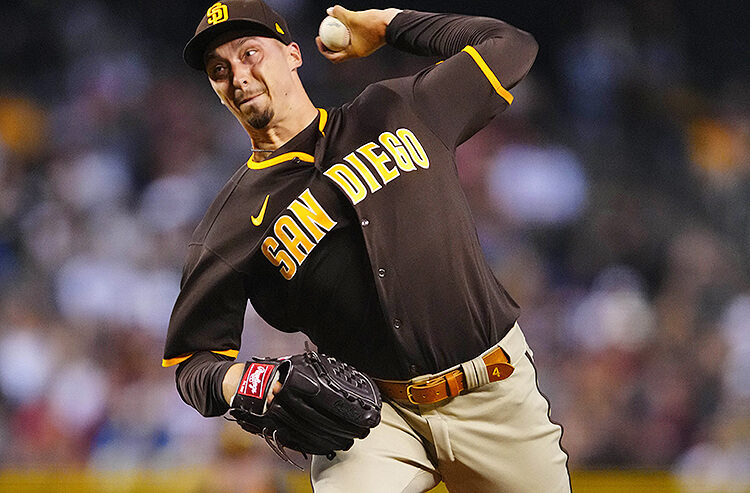