We're expecting little offense early on at Petco Park on Sunday in a pitching matchup that features the Reds' Luis Castillo and San Diego's Dinelson Lamet. We also like Mets righty Taijuan Walker to stay hot. Check all our MLB prop picks for June 20.

Today, we're betting on a Mets pitcher that isn't Jacob deGrom, backing the Blue Jays to bash Baltimore, and expecting a low-scoring duel in the pitcher's paradise of Petco Park.

Here are our best free MLB prop bets and predictions for Sunday, June 20, 2021.

The New York Mets have cruised to the top of the NL East and while Jacob deGrom is (deservedly) getting much of the credit for that, his fellow starters Marcus Stroman and Taijuan Walker have played a major role as well.

This afternoon, Walker gets a juicy matchup against a struggling Nationals lineup that ranks just 28th in the majors in scoring with 3.75 runs per game, with that number dropping to a pathetic 3.26 runs per game at home.

With Walker allowing two or fewer runs in 10 of 12 starts this season, hammer the Under 2.5 on his earned runs total.

The Toronto Blue Jays got a much-needed win yesterday as they plated six runs in the ninth inning to win 10-7 and snap a five-game losing streak.

The Blue Jays should be in perfect position for another win on Sunday as they send ace Hyun Jin Ryu and his 1.13 WHIP to the mound against a Baltimore side that is 20th in the majors in scoring with 4.1 runs per game.

On the other hand, the Jays are fifth in scoring with 4.99 runs per game and rank second in the majors with an OPS of .771. And they'll be thrilled to see Matt Harvey get the start for Baltimore.

Harvey has been brutal this season, going 3-8 with a 7.76 ERA and a 1.72 WHIP in 14 starts. He has surrendered at least five earned runs in six of his last seven outings.

The Orioles are just 1-9 in their last 10 games and, with the exception of last night's bullpen meltdown, have typically fallen behind early. Expect the Jays to jump out to a big lead early and grab them on the -1.5 runline midway through the game.

The Reds have shocked the world with how well their batters have been mashing but that success has really only been at home. In away contests, Cincinnati has an OPS of .678 and plates just 1.81 runs per game through the first five innings (the sixth-worst mark in the majors).

Today, not only will the Reds be on the road but they'll be on the road at Petco Park in San Diego, one of the most pitcher-friendly parks in the majors.

The Padres will have Dinelson Lamet on the mound. The right-hander was enjoying a breakthrough season in 2020, pitching to a 2.09 ERA in 12 starts before his year ended early due to a bicep injury. He has been recovering from a UCL injury this season and is slowly amping up his workload.

Lamet has thrown over 70 pitches in each of his last three starts and is coming off his best performance of the year, holding the Rockies to a single run across four innings at Coors Field.

Luis Castillo will toe the rubber for the Reds and has thrown much better lately after an ugly start to the season. In his last four starts, the 2019 All-Star has pitched to a 2.28 ERA and allowed just 11 hits through 23 2-3 innings. 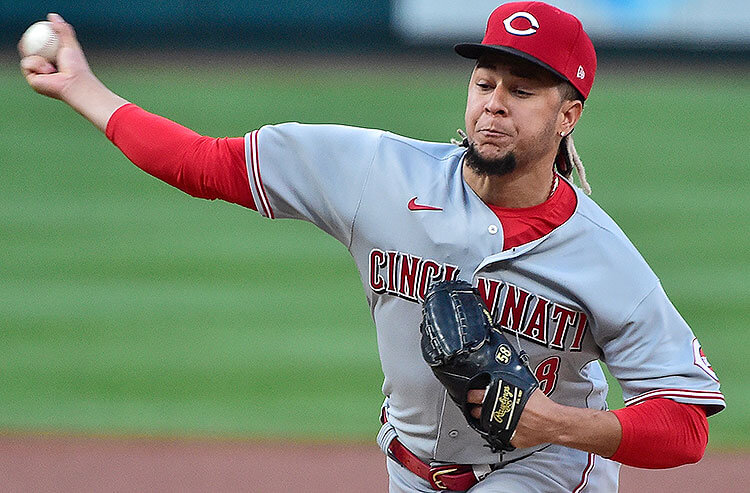