Kyle Freeland leaves Coors Field behind on Saturday, facing the Padres in pitcher-friendly Petco Park. With a low strikeout total on the board, Freeland highlights our best MLB player prop picks for today — check out the full picks for more. 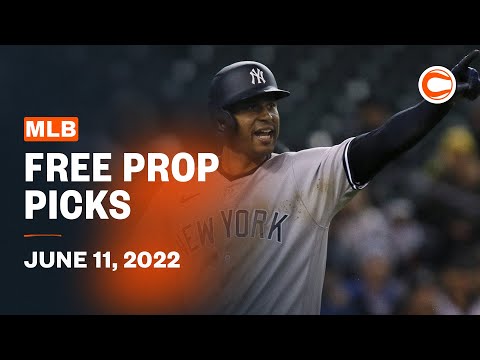 There are 16 games on the MLB betting slate today, which means no shortage of action.

If you’re looking to go a little outside the box with your bets, this is the place for you. We have scanned through all of the day’s games and picked out our three favorite player props.

These are generally some of the most fun plays available, and they’re a nice way to make some money, so check out our best MLB player prop picks for Saturday, June 11.

Jeremy Pena has been a revelation for the Houston Astros this year, as he has come in and done a great job of replacing Carlos Correa. Despite being only 24 years old, Pena is batting .276 with eight homers and 25 RBI in his first MLB season.

Now, we’re looking to the shortstop to come through at the plate in a meeting with Braxton Garrett and the Miami Marlins.

Garrett has only started one game for the Marlins this year, but he gave up four earned runs in only 3 1-3 innings in that outing. The lefty just hasn’t regained the stuff that made him one of the top Marlins prospects back in 2017 and 2018.

Garrett had to have elbow surgery in 2017 and it has been a grind for him to work his way back to relevance, but he is now just the 20th-ranked prospect in Miami’s system (according to MLB.com).

With Garrett no longer pitching the way he was once capable of, look for Pena to make an impact in this matchup. He has done well against left-handed pitching in 2022, as he is batting .292 with two doubles and three homers in only 48 at-bats against lefties.

It wouldn’t be surprising if he wins this bet in one swing of the bat either. That’s the type of pop he has.

Before going 0 for 5 in Friday’s 2-1 extra-innings win over the Chicago Cubs, Aaron Hicks had gotten two hits in each of his previous three games. The switch hitter also scored four runs over those three games, and he homered in one of them.

Tonight, Hicks faces 28-year-old rookie Matt Swarmer, who has been good through two starts thus far. Swarmer is 1-0 with a 1.50 ERA over his first two outings, but he is due to turn in a rough performance soon, and he could be a little rattled pitching on the road against the Yankees in this one.

Swarmer also happens to have given up three homers in his first two games, which shows that he is prone to making a mistake or two.

Don’t be surprised if Hicks ends up producing a little at the plate in this spot, as this just isn’t all that tough of a matchup and he has been swinging a hot bat lately.

Hicks could also put one over the short porch in right field here, so that’d allow him to drive himself in — and also makes him a decent dart throw at +500 to hit a homer.

Kyle Freeland signed a five-year, $64.5 million contract extension back in April, so that shows you what the Rockies think of his ability. The lefty hasn’t had a sub-4.00 ERA since 2018, and that is the only time he’s done so in his six seasons in the majors.

However, it’s hard to judge a Colorado starter on traditional stats, as it is impossible to pitch at Coors Field.

Instead, it’s a bit better to look at Freeland’s road ERA of 3.90 in his career — and that number is a bit higher because of a 2019 season in which the lefty wasn’t himself. The point here is that Freeland can spin it, and he’s better than his numbers suggest.

The lefty will now face a San Diego Padres team that has been great to start the 2022 season. The Padres are currently 36-22 and in second place in the NL West standings.

With that in mind, this isn’t the best matchup in the world, but Freeland’s strikeout total is just too low for a pitcher of his caliber, and he should be full of confidence when he goes out there for this one.

Coors Field is the second-toughest place to pitch in 2022, while only five stadiums have been kinder to pitchers than Petco Park this year (according to ESPN.com’s Park Factor).

Freeland has also had six starts in which he has racked up at least four strikeouts this year, so he has reached the mark in this one more often than not. 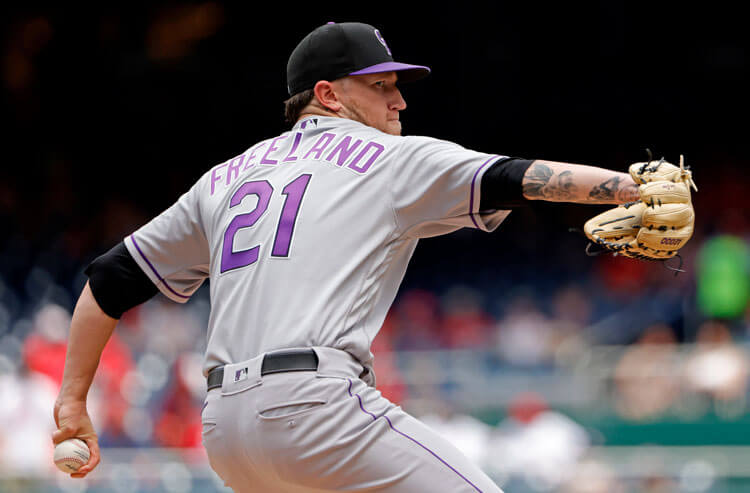