With 15 games on today's MLB slate, there's tons of player prop betting value to go around. Today's picks target three of baseball's hottest pitchers — including Julio Urias and Shohei Ohtani — who we're backing to once again dominate on the mound.

It’s a classic getaway day of MLB action. There are 15 games on the betting board, which includes nine matinee matchups. That means all-day player props.

Today, we start with an overlooked Kansas City Royals starter who has been one of the hottest pitchers in baseball over the last month, and then we have some fun with a Shohei Ohtani alternate strikeout prop when the Los Angeles Angels take on the Oakland A’s.

It may shock you to realize this, but Kansas City Royals pitcher Brady Singer is one of the hottest pitchers in baseball at the moment and he’ll look to stay hot when he takes the ball this afternoon against the Chicago White Sox.

Singer has recorded four consecutive quality starts, having allowed just five earned runs on 17 hits over 26 innings while striking out 33 batters, culminating with an outstanding performance where held the mighty New York Yankees scoreless over seven innings on just one hit while racking up 10 Ks.

This afternoon, he’ll toe the rubber against a disappointing White Sox team that is just one game over .500 (52-51) at this point in the season. One reason for that is this lineup just doesn’t have much pop against right-handers. Chicago ranks 21st in home runs and 23rd in OPS when facing righties this season.

Singer has also thrown nine shutout innings against the White Sox, which includes seven scoreless frames where he limited them to four hits and struck out nine back on May 17. With Singer allowing two earned runs or fewer in four of five of his last five starts, at even money he looks like a solid bet to make it five of six.

Time to have some fun with Sho-time.

The Los Angeles Angels decided to hang on to Shohei Ohtani (and why wouldn’t you?) and not trade before Tuesday’s deadline, so now he makes his scheduled start tonight against the Oakland Athletics.

Ohtani has been absolutely dynamite on the mound lately, and there is still some value in him to win the AL Cy Young Award at +1,200. That’s partly because he’s doing something baseball voters love – striking out batters, a lot of them.

Ohtani’s strikeouts per nine innings are now up to a ridiculous 13.1, which leads the majors and he has struck out at least 10 batters in six consecutive starts, totaling 68 in 39 innings of work.

Now, he faces an A’s team that strikes out at the seventh-highest rate in baseball when facing right-handed pitchers this season. And while Ohtani hasn’t faced the A’s this season, he racked up 10 punchouts in a start against them last September.

Ohtani’s strikeout prop is set at 8.5, but as you could probably guess it’s juiced way to the Over. So, here’s where the fun comes in. With him fanning at least 10 batters in six straight starts, we’re going to take his alternate strikeout total and bet that he makes it lucky number seven tonight at +154.

The Los Angeles Dodgers vs. the San Francisco Giants hasn’t been much of a rivalry this season. The Dodgers are 8-3 against the Giants this season, including six straight matchups, all since coming out of the All-Star break. And that trend has a strong chance to continue when Julio Urias takes the mound tonight.

Urias has been excellent this season pitching to an expected ERA of 2.81 and limiting opponents to a .206 expected batting average, and he has been a thorn in the side of the Giants all year long. The lefty has recorded three consecutive quality starts against the Giants, allowing just two earned runs on nine hits while striking out 19 in 18 innings of work.

It doesn’t hurt that the Giants have been slumping at the plate for more than a month now. San Francisco ranks 26th in batting average and 21st in OPS and strikeout rate since the start of July.

Meanwhile, the Giants counter Urias with Alex Cobb. The right-hander has had some highs and lows this season, and the lows include a recent start against the Dodgers. L.A. got to Cobb for four runs on eight hits in 5 2-3 innings just back on July 24.

Considering Urias’ and the Dodgers' recent dominance in this matchup, the southpaw looks like a solid bet to notch his eighth win in his last nine starts.

Julio Urias Prop: To record a win (+110 at DraftKings) 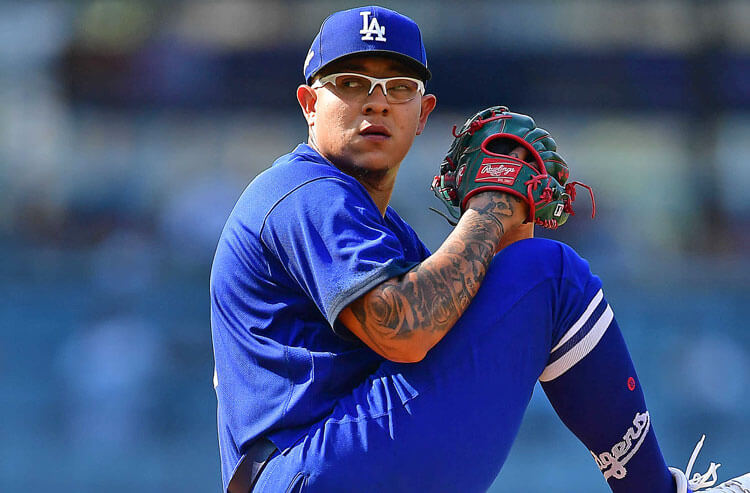