There are a whopping 14 games on the MLB slate for Tuesday and you know what that means, a treasure trove of MLB prop bets. Even if some of them are a little trashy.

That’s right, we open with the Houston Astros continuing their series against the Los Angeles Angels, as it looks like the Halos might finally be ready to compete for the American League West crown.

Game 2 has all the makings of a pitcher’s duel, but where is the betting value.? We bring you that and more in our favorite MLB free prop bets and predictions for Tuesday, April 6.

The Angels took the opener of their series with the Astros 7-6 but Game 2 should be a little more stingy when it comes to runs as Zack Greinke will toe the rubber against Dylan Bundy.

Greinke looked like his masterful self on Opening Day, leading the Astros to an 8-1 win over the Athletics. Greinke shut out the A’s on just three hits over six innings while striking out four. Now, the Angels’ lineup is much deeper than the A’s, but Greinke should be able to take advantage since the Halos can get a little swing-happy at times.

On the other side is Bundy. The Angels’ right-hander was mostly cruising in his first start against the White Sox but did get tagged for a two-run home run by Adam Eaton. At the end of the day, though, Bundy ended up with a quality start and allowed three runs on six hits while striking out six against a strong Chicago lineup.

There was plenty of intensity in Game 1 of this series as it looks like the Astros and Angels could battle it out for the American League West title all season long. That should carry over into this one with an even stronger pitching matchup, which should mean runs will be limited early.

Stroman may have opted out of the 2020 season but that doesn’t mean he took the year off. Anyone who follows Stroman on social media knows that he never stops putting the work in to become a better pitcher.

Stroman is always working on different pitch grips and the timing of his delivery. With all the spin and movement, he creates a lot of soft contact and is hard to barrel up. And while he was never known as a strikeout artist in Toronto, his punchout numbers have gone up in New York.

With the Mets, his strikeouts per nine innings went up to 9.1 (the best of his career) and he recorded six or more punchouts in six of his final seven starts in 2019.

Another good thing for strikeout totals is pitchers who can go deep in games and Stroman has averaged nearly six innings per start over the course of his career. Mix in a Phillies lineup that is striking out 11 times per game this season and the value with Stroman’s strikeout total is too tempting to pass up.

The Arizona Diamondbacks are off to a slow start this season at 1-3 but the same cannot be said about their center fielder Ketel Marte. Marte is absolutely locked in at the dish to start the season, collecting hits in nine of his 16 at-bats (.563 batting average), which includes two doubles and two dingers.

Tuesday, Marte will look to stay hot when he faces off against Colorado Rockies starter German Marquez. Marte has an OK track record against Marquez in his career, going 6-26 (.231), but three of those hits were for extra bases and he doesn’t get fooled by Marquez often, striking out just four times in 29 plate appearances against him.

When you consider that the ball looks like the size of a beach ball to Marte right now, and the Rockies’ bullpen is, um, shaky, to put it nicely, it makes him a good bet to stay hot in this one. 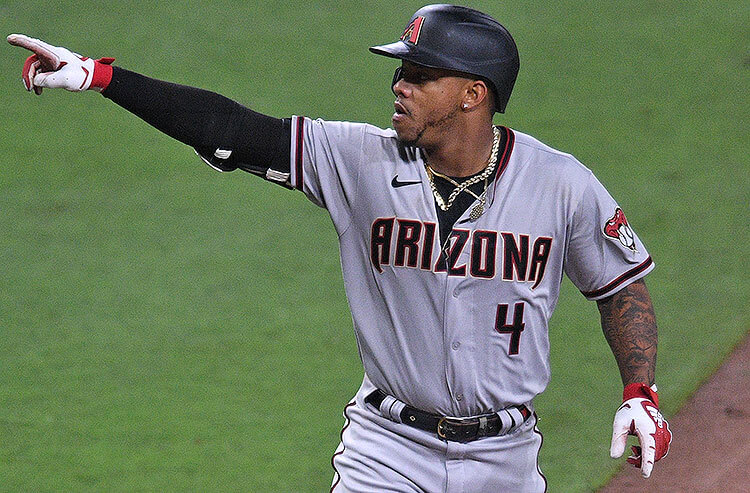