The MLB season is in full swing, and with it all the prop betting markets that we’ve come to love/hate. This article will find the MLB’s best props and side bets for the day, and does all the heavy lifting so you don’t have to. If there’s a line on it, we’ll look into it.

Today, we’re getting behind the Red Sox’s offensive surge, throwing down on the Stro-show and the Mets, as well as laying money on one of the century’s best player props.

Check out our favorite MLB free prop bets and predictions for Saturday, April 24, 2021.

The Red Sox have the AL’s second-best record and an offense that is scoring 5.33 runs per game — the highest mark in the American League. Shortstop Xander Bogaerts has been a catalyst hitting out of the clean-up spot in what is a surprisingly potent line-up.

Over the last seven days, Bogaerts is 11 for 28 with three homers, including a Fenway-clearing four-bagger yesterday. On the season, the nine-year veteran is slashing .378/.418/.595 and is tied for league-lead in hits with teammate J.D. Martinez. Bogaerts is riding a five-game hitting streak and has 16 total bases in his last four games. Bogy was already hot, but now the Red Sox infielder is locked in with the power coming around.

The Sox will see Seattle’s Chris Flexen on the mound Saturday afternoon. Flexen has bookmarked a terrible start with two good outings to open the season but the right-hander has been giving out hits like coupons. Over his 16 innings of action, the Seattle starter has surrendered 22 hits — 18 of those in his last two starts.

With the wind blowing heavily out to right field (12 mph) and facing a pitcher who has been generous to opposing batters, we have no problem getting behind the Over 1.5 total bases for Bogaerts on Saturday afternoon.

The New York Mets may be playing .500 baseball, but Marcus Stroman has been a force on the mound in 2021.

Over his first four starts this season, Stroman has posted a 0.69 WHIP, which is lower than two-time Cy Young winner Jacob deGrom’s 0.70 mark. Stroman doesn’t strike out a ton of batters (4.87 K/9), but what he does is toss quality innings and get deep. He should be able to suppress a Washington offense that is scoring just 2.71 runs per game on the road this year, and Stroman’s ability to pitch to ground-ball contact (59.6%) makes him a great play for a handful of Mets team props.

The Mets’ offense will get to tack on runs against Washington’s Joe Ross, who is coming off a start where he allowed an unimaginable 10 earned runs over 4 1-3 innings, which included four homers.

New York is a heavy -200 favorite but pays a nice -115 to be the first team to reach three runs in the race to (runs) market. Other markets that we find value in despite being a heavy favorite are the Mets to lead after four innings (-115) and New York to score first (-120).

We’re handcuffed by Stroman’s low strike-out rate when trying to take advantage of his superb pitching in regard to his prop markets. Our favorite Stroman prop is for the pitcher to record the win in a market that isn’t widely available but is usually found at plus money.

The race to three runs at -115 is a great price considering the Mets’ team total sits at 4.5. The New York offense has a perfect matchup against a pitcher prone to give up the long ball, and Stroman has been lights out to begin the season and facing a weak line-up.

High temperatures are no laughing matter these days, but one fever we can get behind is of the Bieber variety.

In Cleveland ace Shane Bieber’s last 15 starts, the F5 Under is 14-1. That should be the end of the piece, but we will beef things up for those who don’t think a .933 winning percentage is enough.

The Biebs is third in the league in CSW percentage (called strikes plus whiff %) at 37.3 percent. The reigning AL Cy Young winner has allowed just 17 hits over his first 29 1-3 innings this season, with a league-leading 48 strikeouts. He faces an underperforming Yankees offense that is producing just 3.61 runs per game, which ranks 26th in the league.

Mostly, Bieber is enough to take by himself, but the Yanks will throw Gerrit Cole on the bump, which could arguably be the best pitching match-up possible in the American league. Cole has better peripherals than Bieber with a 1.82 ERA to go along with a 0.81 WHIP. The highest-paid pitcher in the American League will get to face a Cleveland offense that is equally as poor as the Yanks, with a 3.82 runs per game mark.

With two of baseball’s best starters and two offenses that have shown little impression in 2021, we are riding the Bieber bandwagon even with the low total of 3. 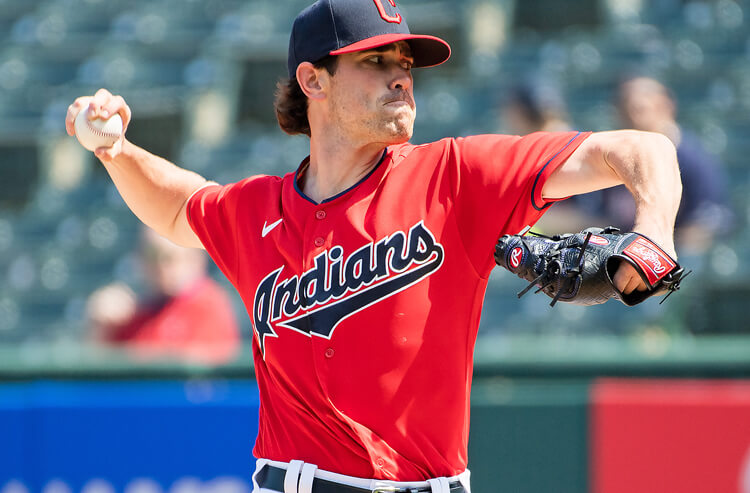