The New York Mets are among the biggest risers in this week's MLB Power Rankings, and with good reason. Jacob deGrom is back for the Mets, and he sure looks like vintage deGrom — bad news for the rest of MLB.

Welcome to the newest edition of the MLB Power Rankings.

We started to feel the impact of some trade deadline moves this week. For instance, the Orioles dived, even though they've won seven of their last ten, because they lost starting closer Jorge Lopez, as well as Trey Mancini. Still, they are just one game out and I'll continue to beat the drum on them having value to make the playoffs.

Speaking of playoffs, last week I wrote about the Cardinals to win the NL Central as one of the best future bets in all of baseball and since then, they swept the Yankees and grabbed a two-game lead in the division.

Now, let's get to work and go through this week's movement in the MLB Power Rankings below.

We didn't see much movement this week, so I want to talk about a team who didn't move their position but saw a massive radius movement. As a result, the Mets have thrust themselves into the category of elite teams in baseball, both in my personal view and in the MLB Power Rankings.

You'll notice the separation between the Astros, Yankees, and Dodgers isn't as prominent now because they've joined that fold. Sure, they caught some good breaks, but they've just taken four of five from the defending World Series champions.

Jacob deGrom certainly looks healthy and if he's back to being deGrom, expect them to surpass the Astros.

Somehow, he was even better than those numbers suggest.

As a collective, I have their pitching staff ranked in the Top 10, which hardly factors him in yet. Imagine the movement they'll make when he is factored in.

The Cards, again the biggest riser, are still worth talking about.

The Cardinals are the first NL team to finish a 3-game sweep of the Yankees in 15 years.

They jumped two spots in a week, highlighted by their sweep of the New York Yankees. There’s some of that positive regression happening for the Cardinals after being so unlucky to start the season.

I think they are the class of the division right now, but their pitching is holding them down in our rankings. It's 16th overall in our numbers and has many average peripherals.

They may have a shot to make some real postseason noise if they can improve on that.

The Red Sox have lost six of their last ten and are on a collision course with last place in the AL East — and just lost Chris Sale for the season to a freak injury.

Their betting value looks like a heavy Over team down the stretch. For instance, I have them rated as the 18th worst pitching staff and baseball with the expectancy to get worse.

They have the highest differential in baseball of actual batting average vs. expected batting average against them. They combine that with a pretty potent offense, even with their record. Those two in combination make them a strong Over team to target down the stretch.

There are teams that have been playing worse baseball than the Oakland A’s, but none have been more erratic as of late.

A few weeks ago, they had one of the longest winning streaks in baseball, and now they've lost three straight. It does appear that some of the deadline moves have caught up to them.

There's not much of a betting angle here, but maybe the A’s are less of a threat to torpedo that parlay than they've been in the past.

Their offense has steadily fallen over the last month, and I only have them ahead of the Tigers in that category now. 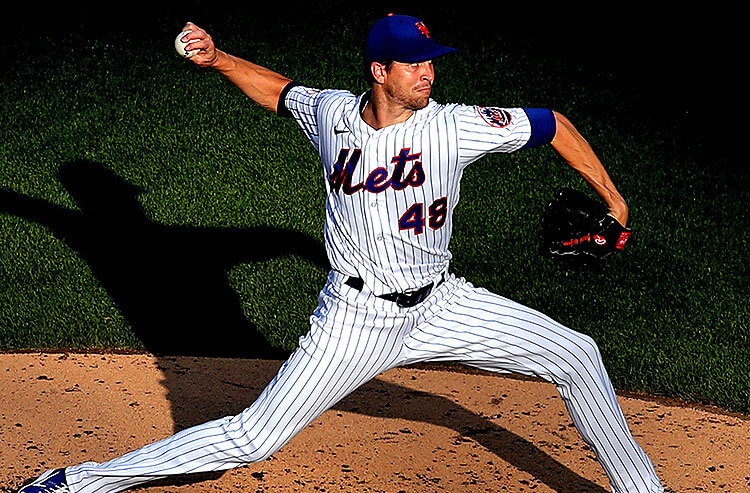 MLB Power Rankings: deGrom Gives Mets a Shot in the Arm
Provided by