The Dodgers won Round 1 on Friday night, but San Diego should do damage tonight against a left-handed starter. We'll take the Padres and the Over in this star-loaded NL West clash. Read more in our Padres vs. Dodgers betting picks.

The new-look San Diego Padres were blown out last night at Dodger Stadium by a score of 8-1. Will Smith recorded three hits, and Chris Taylor, Hanser Alberto, and Cody Bellinger each cashed two runners home in LA's 73rd win of the season.

Can San Diego recover and make a statement on Saturday at Dodger Stadium, or will Los Angeles get the last laugh once more?

Find out in our free MLB picks and predictions for Padres vs. Dodgers on Saturday, August 6.

The Dodgers opened as -150 betting favorites, but the line has since dropped to -140. The total is set at 8.5, slightly juiced to the Over.

Mike Clevinger (3-3, 3.13 ERA): The 31-year-old right-hander holds a career ERA of 3.10, but his career got slightly derailed by Tommy John surgery in 2021. Clevinger has yet to face the Dodgers this season but is coming off a great outing against Colorado — pitching seven innings of five-hit ball, allowing only earned run. Clevinger tends not to give up hard contact, as he ranks in the 84th percentile of baseball in average exit velocity, according to Baseball Savant.

Andrew Heaney (1-0, 0.77 ERA): In his first year with Los Angeles, Heaney has made only five starts due to injury but has done the job as a back of a rotation guy for the Dodgers. Heaney isn't a hard-thrower but possesses a spin rate that is amongst the best in baseball this season. The southpaw's last start came this past week against the Giants, as he only threw four innings but struck out seven batters in the process, giving up just one run.

The Over is 3-0-1 in the Padres' last four road games with the total set at 7.0-8.5. Find more MLB betting trends for Padres vs. Dodgers

Last night was one of the season's most-anticipated games, but you wouldn't know by watching with zero context. By the 3rd inning, the Dodgers led 8-0 and San Diego's offense could only drive home one run. Expect that to change tonight.

The Padres' have given Andrew Heaney a tough time in the past. In 60 at bats, the Friars' are slashing .283/.364/.496 off of him. San Diego is also a right-handed dominant hitting group that excels against lefties.

So far this season, San Diego owns the second-best WRC+ against southpaws in the National League, trailing only the St. Louis Cardinals. Nomar Mazara is 5-for-14 against the Dodgers' starter, with three of those knocks coming as extra-base hits.

Clevinger absolutely has a better track record than Heaney, stemming from his days in Cleveland in which he averaged a 3.20 ERA through five seasons. That included a 2019 campaign in which the talented right-hander had a SO/9 rate of 12.1 throughout 126 innings of work.

If this game is close at the end, I have no problem fading closer Craig Kimbrel, who has been shaky in his first season in LA. The veteran closer currently holds an ERA+ of under 100 and a concerning WHIP of 1.50. Kimbrel loaded the bases against the Giants in his last two appearances and nearly blew a save.

The following day, Kimbrel gave up a run during another rocky closeout in the 9th inning. Against a stacked lineup like San Diego's, that could come back to bite them in a game like tonight's if things get dicey late.

A team consisting of Soto, Machado, and Bell can only be kept down for so long and will be due to break out after garnering just four hits last night. Soto only has one extra-base hit in three games with his new team, and it's only a matter of time before he does damage.

Even before the Padres' made their significant acquisitions at the trade deadline, San Diego was 5-1 in their last six games when their opponent had limited them to two runs or less in their previous game.

Although Clevinger can be outright dominant at times, the Dodgers still have the best team OPS in all of baseball, and they're going to score some runs at some point. Dave Roberts' team averages 5.3 a game (the most in baseball), so I expect this game to go Over the listed total.

A Soto prop is certainly enticing, but Manny Machado matches up best against Heaney tonight.

The Padres' third baseman is on pace to have the best season of his career at the plate, hitting for an OPS+ of 154 so far. Machado also has two home runs against Heaney in just 11 career at bats. Hitting between Soto and Bell will only help Machado's numbers going forward, as this means pitchers will be forced to throw more strikes to the slugger.

Factor in Machado being a former Dodger, and there's always going to be extra added motivation for the San Diego infielder to put on a show. 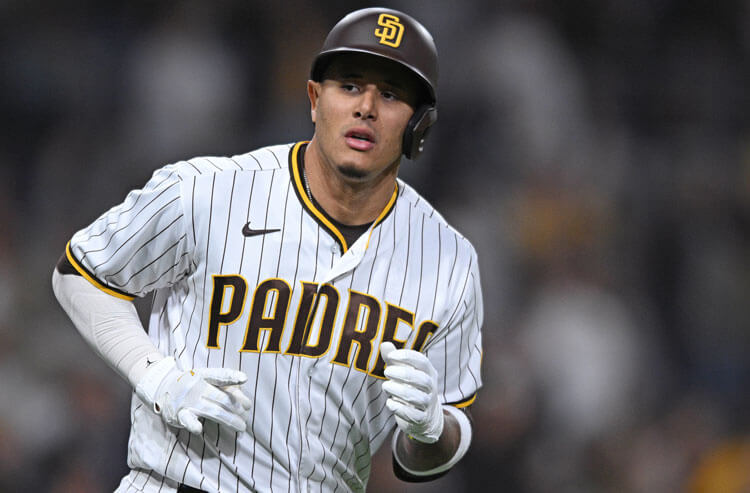 Padres vs Dodgers Picks and Predictions: Friars Show Off New Bats
Provided by

Braves vs Red Sox Picks and Predictions: All Riled Up in Beantown
Rohit Ponnaiya | Aug 9, 2022