The Blue Jays' potent lineup has been muted of late, while the Guardians are red-hot in August and sending a budding star to the mound. See why Triston McKenzie should keep the home side quiet as we break down our MLB betting picks.

The Cleveland Guardians struck first in their three-game road series with the Toronto Blue Jays, trouncing them 8-0 on Friday. Cleveland has now stretched its winning streak to six games, while the Jays have lost three straight.

Despite the Guardians’ eight runs, the Under hit and should be in play again on Saturday. Cleveland’s Triston McKenzie has been pitching well the last six weeks and should help keep the total low.

Can Toronto bounce back from Friday’s drubbing or will the Guardians keep their win streak alive? Find out with our free MLB betting picks and predictions for Guardians vs. Blue Jays on August 13.

Triston McKenzie (8-8, 3.16 ERA): In the last two months, the 25-year-old is fulfilling the potential that Guardians’ brass saw he made his debut in 2020 — he’s been lights-out the last six weeks. His last outing was against the Houston Astros last Sunday, throwing eight innings of two-hit ball, only allowing three runners to reach first base, and striking out eight in the shutout. His ERA for July was just 1.34.

Mitch White (1-3, 3.86 ERA): The 27-year-old right-hander came to the Blue Jays from the Los Angeles Dodgers and is taking the spot in the rotation held by Ross Stripling, who landed on the injured list. White, who will also be used as a reliever, faced Minnesota a week ago and left after 4.2 innings, giving up three runs on six hits. He had 10 starts with the Dodgers this season, with an ERA of 3.47.

The Guardians showed Toronto why they’re in first place in the American League Central on Friday, pasting them 8-0. It was Cleveland’s sixth consecutive victory, while the Blue Jays have now dropped three in a row.

Toronto is missing a golden opportunity to gain ground on the slumping New York Yankees, and unfortunately, that should continue on Saturday. The Blue Jays managed just a double and two singles against the Guardians, with starter Cal Quantrill picking up his eighth win.

The Jays have been anemic on offense as of late. In the team’s last 10 games, they have surrendered 46 runs, while the offense has scored 38 runs in the same span.

Now the Blue Jays have to face surging righty Triston McKenzie on Saturday. The third-year pitcher has been great in his last seven starts, allowing nine earned runs on 27 hits. In those seven games, he’s had four shutouts over 29 innings.

McKenzie faced Toronto in May and was equally effective. He went six innings, allowing two runs on four hits while walking two and striking out six.

For a team that likes to score runs, the Blue Jays seem to have a hard time doing so against the Guardians. The Under is 4-1-1 in the last six meetings in Toronto.

It doesn’t expect to get any better with McKenzie on the mound, as he’s averaging a little over a run allowed in his last seven appearances.

His opponent, Mitch White, hasn’t been nearly as effective, but has employed a new pitch he hopes will keep batters off-balance. White is throwing a slider with a spiked grip that helps with horizontal movement. That pitch, along with a fastball clocked regularly at 94 mph, curve, changeup, and two-seamer, gives White a nice menu to choose from.

His ERA this season as a starter has been 3.47 and in his last start, he allowed three runs.

McKenzie has been on fire in his last seven starts. Not only has he been allowing hardly any runs, but he has also been limiting the number of hits he gives up.

In his last start, he allowed two hits. The start before that he got roughed up a bit, but still only surrendered six hits. In his five starts before that, he gave up 19 hits, an average of just under four per game.

Toronto has a potent lineup, but has been slumping as of late. In Friday’s game, they only got three hits. That’s not good for the team with the second-best batting average.

McKenzie should be able to keep Toronto’s bats silent and hit the Under of 5.5 hits allowed. Plus, at +100, I like the value on this bet. 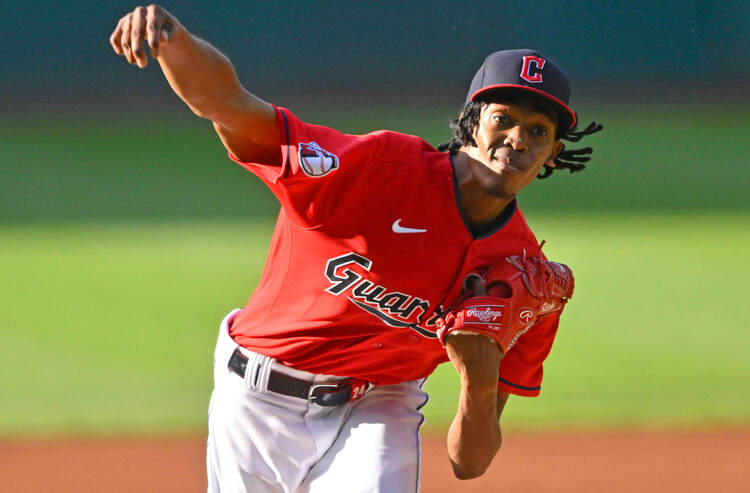