Both the Giants and Padres have been skidding lately but one team will right the ship as the two NL West foes open a four-game set in SoCal. With two strong starters on the mound, our MLB betting picks highlight who has the edge.

The San Francisco Giants (41-39) finally turned things around yesterday, snapping a six-game losing streak, but are still just 4-12 in their last 16. They will open a critical four-game set against the fellow NL West San Diego Padres (47-36), who are similarly facing struggles as of late having now lost eight of their last ten.

Can either team turn their misfortunes around and put together a convincing weekend in hopes of staying within striking distance of the Dodgers for NL West supremacy?

Continue reading for free MLB picks for the Giants vs. Padres matchup on Thursday, July 7.

The Padres opened as -128 favorites but have since moved to the -145 range since. The total opened at 6.5 and still remains at that number, with books showing juice favoring the Over.

Logan Webb (7-3, 3.13 ERA): Webb was one of last season's surprise breakouts, posting a 3.03 ERA and 11-3 record after posting ERAs north of 5.00 in his first two seasons. He has maintained that excellence to begin 2022, with the Giants 10-6 in his starts and Webb allowing over three earned runs just twice in those 16 starts. He allowed six hits, one walk, and three earned in six innings in his last outing.

Joe Musgrove (8-2, 2.25 ERA): Defying all odds, Musgrove has arguably been the Padres’ best starting pitcher acquisition in the myriad of moves they have made in that department. After pitching to a 3.18 ERA and striking out 203 batters in 181 1-3 innings last season, Musgrove began 2022 on a similar tear.

But, after starting 8-0 and posting a 1.59 ERA in his first 12 starts, Musgrove has now received a loss in his last two appearances, allowing nine earned runs across 13 innings.

The Padres have gone Over the total in three of their last four games despite scoring just two runs in each of those three instances. Find more MLB betting trends for Giants vs. Padres

Giants vs Padres picks and predictions

Anytime a pitcher drops two straight games while inflating their ERA by over 40%, there is typically a reason to be concerned. But, despite his last two performances (nine earned runs allowed in 13 innings pitched), Joe Musgrove still stands as one of the best pitchers in baseball. His record may no longer be perfect, as it was in the middle of June, but 8-2 is still damn good. And, despite that ERA inflation, he is rocking a 2.25 ERA, good for sixth-best in MLB.

Musgrove’s last start was actually really good. He allowed three earned runs in seven innings against the Dodgers, the league's most run-productive team, while striking out a whopping ten batters during that outing.

A lot of pitchers don't manage to have that good of an outing over the course of an entire season. For Musgrove? That was already the sixth time in 14 starts he struck out eight or more batters and allowed three or fewer earned runs while going six innings or longer.

Tonight, he gets the task of facing the Giants in the opening game of a four-game set. In his outing against them on May 21, Musgrove allowed four hits and three walks but no earned runs in seven innings en route to a 2-1 Padres win. That hasn't been the norm for Musgrove.

Across his career against current-day Giants batters, he has allowed a .301 batting average and .660 slugging percentage.

Across from Musgrove tonight is Logan Webb, who similarly broke out last season. Webb posted ERAs of 5.22 and 5.47 in his first two seasons but opened eyes last year after posting a 3.03 ERA, and his WHIP similarly improved from 1.46 and 1.56 to 1.11.

Like Musgrove, Webb has had notable struggles against the offense he is going up against tonight. However, they aren't nearly as bad as Musgrove's splits, seeing as Webb has allowed a .279 batting average and .375 slugging percentage in comparison.

But, given both starters' track record against these offenses, it may be a good time for those trends to reverse course — especially with a total as low as 6.5 for tonight's game.

Weather-wise, there is good reason to believe that will happen. While the temperature (67-70 degrees) and wind (5 mph left to right) are nothing to write home about, the humidity of 82-84% certainly is.

For the uninitiated, all stadiums now use a humidor to store baseballs. All humidors store them at 70 degrees and 50% humidity. That jump in humidity, between the storage environment and game environment, is very friendly towards Overs, as balls travel further in more humid conditions.

Musgrove and Webb have been fantastic pitchers spanning from the beginning of last season, and it stands to reason that both will continue to excel over the course of the season.

But, no pitchers are immune to the occasional poor start, and given both of their splits against the bats they will be facing tonight and the extreme humidity for tonight's game, it may be better to look towards the total as opposed to trying to determine which team will make most of their theoretically favorable at-bats.

It also helps that San Francisco's 4.30 bullpen ERA (eighth-worst) could come into play early if Webb struggles. In fact, both teams' bullpens have been rather horrendous during each team's current skid, with the Padres’ relief arms posting a 4.86 in the last two weeks and the Giants’ pen pitching to a 4.91 ERA. 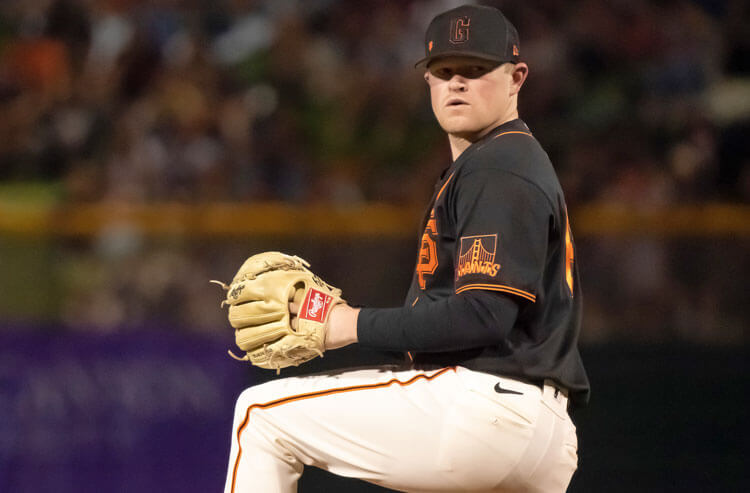