As two 105-win teams face off for the first time in MLB history, stellar all-around pitching goes up against two stacked lineups in an epic battle. Find out who will strike first by checking out our Dodgers vs Giants picks for Game 1 of the NLDS.

The two best teams in the MLB will face off in a best-of-five NLDS as the San Francisco Giants host the Los Angeles Dodgers who are fresh off their 3-1 Wild Card win over the Cardinals.

Despite finishing higher in the standings, the Giants opened as +124 home underdogs before being bet down to +110 shortly after. The total sits at 7 and is tilting heavily to the Under. This total could touch 6.5.

Here are our free picks and predictions and MLB odds for Dodgers vs. Giants for Friday, October  8.

Walker Buehler (16-4, 2.47 ERA): Buehler will likely finish third in NL Cy Young voting after a banger of a season that saw the Dodgers win 22 of his 33 starts. The young right-hander did fade down the stretch and posted a 4.83 ERA over the last month of the season across six starts. The Dodgers’ starter has already seen the Giants six times this year and has held the lineup to a 2.19 ERA and a sub-1.00 WHIP. However, L.A. is just 3-3 SU in those six meetings. Buehler’s ERA is a full point higher on the road than at home, but the Game 1 starter also has a 2.35 ERA across 61 postseason innings (11 starts).

The Dodgers are 2-6 SU in the last eight meetings. Find more MLB betting trends for Dodgers vs. Giants.

It’s a shame that a pair of teams that combined for 213 wins in the regular season will only have a maximum of five games in this series, but here we are.

MLB got what they wanted in this NLDS matchup, as the Giants and Dodgers have never met in the postseason, and it’s the first time in MLB history that two teams with at least 105 wins will meet.

The Giants have been fueled all year by the naysayers and Gabe Kapler’s squad will have more petrol as the Giants aren’t even favored to win the series despite home-field advantage, finishing with a better record and taking the season series 10-9. In order to be the best, San Fran is going to have to beat the defending champs, and sending Logan Webb to the mound in Game 1 is a great start.

Webb has seen the Dodgers three times this year and his team has walked away with the victory each time. The L.A. lineup has managed just seven hits over those 16 innings and posted an OPS of .416. Webb has one of the best ground-ball rates in baseball and his secondary pitch, his slider, has a 40.1 whiff percentage, with batters hitting just .156 off of it. The Dodgers’ offense looked anything but potent on Wednesday, and facing Webb, who has owned them this year, has us leaning on the home dogs.

Another reason we might be siding with the Giants is the form of L.A. starter Walker Buehler. The incredible right-hander was neck-and-neck in the Cy Young race before a late-season skid tumbled him out of contention. In his final six starts of the season, Buehler allowed 17 runs in 31 innings while posting his lowest K/9 of any month. Opponents had a .791 OPS against him in September.

The L.A. starter was great against the Giants, but the next-man-up mantra of San Francisco helped to take three of Buehler’s six starts despite him pitching to a 2.16 ERA.

The San Fran bullpen is also a strong point, with nine of its 10 most-used relievers owning ERAs below 3.00. The Giants finished with the best bullpen ERA in baseball at 2.99 and are coming in well-rested, having not played since Sunday. If the Dodgers roll out their Max Muncey-less lineup, the Giants could be keeping this game close like most of their meetings this year.

The Giants lineup might not be familiar to most but scored 52 runs over its last 10 games, which is higher than its season average of 4.96 runs per game. San Fran finished with the best wRC+ over the last month of baseball and hit more home runs than any other NL team.

Solid pitching and a lineup that isn’t getting enough credit has us hitting the home dogs in the opener. SF opened at +124 but was bet down to +110 quickly.

The Dodgers missed some opportunities to blow open the game Wednesday night and failed to come through with a big hit, as the Under 7.5 cashed comfortably. Both teams finished profitably to the Under on the year and the 19 meetings produced an 8-11 O/U record.

Webb keeps the ball in the park (nine home runs allowed in 148 innings) and gets a ton of balls on the ground. There's a reason why this total opened at 7 and has been leaning to the 6.5. Webb’s starts went 11-16 O/U this season.

Buehler didn’t have a great September, but his playoff experience is immense for a young pitcher. Last year, the right-hander allowed just five runs over 25 postseason innings and didn’t allow more than two runs in any of his six starts. His leash was a little short in 2020, but Dave Roberts should have more confidence in his starter Friday.

Teams don’t win 105 games without elite pitching. Both teams are throwing solid Under pitchers while these are the two best bullpens in baseball. We love NL Unders with their free outs. We’re getting on the 7 immediately as the difference between 7 and 6.5 is massive. 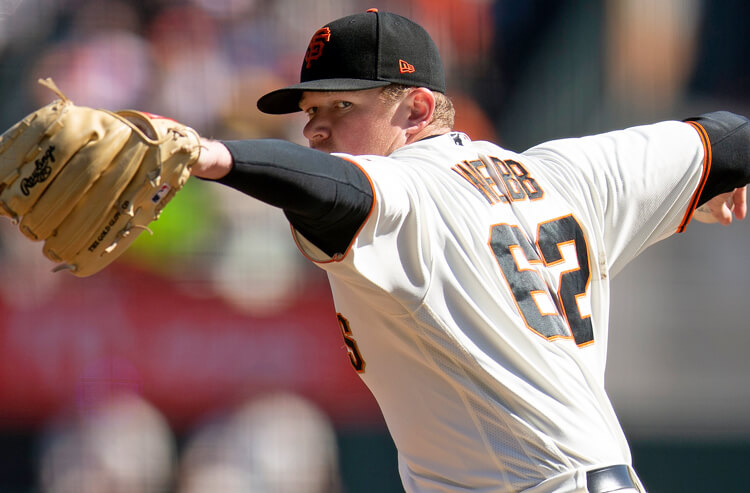