Walker Buehler has been dealing and the Cubs have struggled mightily against righties, making the Dodgers a massive favorite over Zach Davies and Chicago for the series opener. Is it worth taking L.A. on the runline? Find out in our Cubs vs. Dodgers picks.

The Chicago Cubs finally broke out of their hitting slump with a 7-1 win over Cleveland on Tuesday, but will the breakout be short-lived as they head out to Chavez Ravine to begin a series against the Los Angeles Dodgers?

The Cubbies have looked lost against right-handed pitching lately and now they go up against one of the best righties in the National League in Walker Buehler.

Check out our MLB free picks and predictions for Cubs vs. Dodgers on Thursday, June 24, with first pitch scheduled for 10:10 p.m. ET.

Zach Davies (4-4, 4.66 ERA): It has been a season full of ups and downs for Davies. After a rough April, the right-hander bounced back in May and had a solid start to June, but he's coming off his worst start of the season. Davies was roughed up for eight runs on seven hits in six innings of work against the Marlins last time out.

Walker Buehler (7-0, 2.38 ERA): Buehler quietly has been the Dodgers' best starter and one of the best in the NL. The right-hander has a 0.90 WHIP to go along with that stellar ERA and is limiting opponents to a .196 batting average this season.

The Under is 6-1 in the Cubs' last seven road games when facing a right-handed starter. Find more MLB betting trends for Cubs vs. Dodgers.

The Cubs are coming off a 7-1 win over Cleveland on Tuesday, but scoring has not come easy for them recently. Prior to Tuesday’s game, the Cubbies had scored three runs or fewer in nine consecutive contests, averaging 1.78 runs per game. They also rank dead last in MLB, hitting just .173 against right-handed pitchers over their last 12 games.

Things won’t get easier against Buehler. The right-hander is keeping opponents below the Mendoza line and has allowed more than two earned runs in a start just three times this season. That includes limiting the Cubs to two runs on five hits over six innings of work at Wrigley Field back on May 5.

Meanwhile, the Cubs counter Buehler with Davies, whose season has had more ups and downs than a roller coaster. While a solid run was derailed by the Marlins, Davies has had more trouble on the road this season, pitching to 5.40 ERA and a 1.77 WHIP.

Now, he faces a Dodgers lineup that has just gotten Cody Bellinger and Max Muncy back and already ranked second in scoring and seventh in OPS.

Obviously, there's no value on the Dodgers moneyline in this one, but with the Cubbies' struggles against right-handers, taking a stab on L.A. to cover the runline isn’t a bad bet.

When it comes to the total, the early money hammered the number up a whole run but it now looks high enough to attack the other side.

We mentioned that the Cubs have looked lost against right-handers and had scored three runs or fewer in nine consecutive games, with the Under going 7-3 in their last 10 contests overall. And now they have to deal with a right-hander who is in a groove. Buehler is pitching to an 0.89 ERA and is limiting opponents to a .132 average over his last three starts.

While Davies has been inconsistent this season, he did have a nine-game stretch where he pitched to a 1.86 ERA and a 1.18 WHIP. He is also backed up by a bullpen that has the best ERA in baseball.

When you also consider that the Dodgers have scored three runs or fewer in six of their last nine games, the Under looks like a solid bet here. 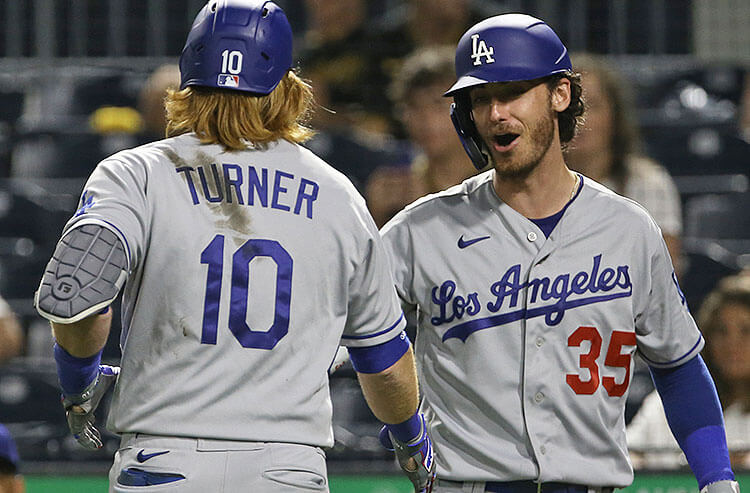