Cardinals vs White Sox Picks and Predictions: Former Club No Match for Lynn

White Sox starter Lance Lynn takes a 1.55 ERA and 0.98 WHIP into his first career start against the Cardinals, the team that drafted him.

Game 1 features an intriguing pitching matchup as Kwang-hyun Kim toes the rubber against Lance Lynn. The White Sox traditionally crush lefties but are in a bit of a slump at the dish while Lynn has been dominant in his new digs.

Before you jump straight to betting the total check out our MLB free picks and predictions for Cardinals vs. White Sox on Monday, May 24, with first pitch scheduled for 8:40 p.m. ET.

PointsBet USA pegged Chicago -150 chalk at Sunday afternoon's outset and was all the way out to -190 by midmorning today. At 4:45 p.m. ET, the White Sox remain -190 while getting heavy play, attracting 84 percent of tickets and 87 percent of cash on the moneyline. The total toggled between 8 and 8.5 a couple of times and is now 8.5 flat (-110), with the Under taking 57 percent of tickets/77 percent of money.

Kwang-hyun Kim (1-1, 2.73 ERA): Kim, the former KBO star, is coming off an erratic start against the San Diego Padres but the lefty has been mostly solid in 2021. Kim has allowed just one earned run in each of his last five starts, limiting opponents to a .231 batting average.

Lance Lynn (4-1, 1.55 ERA): Lynn is sporting an 0.98 WHIP and is limiting opponents to a .183 batting average to go along with that sparkling ERA. He has allowed no earned runs in four of his seven starts.

The Under is 19-6-1 in the Cardinals' last 26 interleague road games. Find more MLB betting trends for Cardinals vs. White Sox.

The Cardinals enter this matchup in a bit of a slump, dropping a weekend series at home to the rival Chicago Cubs and losing five of their last eight games overall. Still, the Cardinals lead the National League Central at 26-20 and will look to get back on track with a series-opening victory.

That starts with getting a better performance out of Kim after too many walks held him to just 3 1-3 innings in his last start against the Padres. Kim has been pretty reliable, though, and his strikeouts are way up in 2021 thanks to an improved changeup.

But he’ll be in tough in this one. Even though the White Sox are in a bit of a slump at the dish lately, they still are one of the best lineups in the big leagues when it comes to handling left-handers, ranking first in OPS.

Though the White Sox have lost four of five, they still hold a 1.5 game lead over Cleveland for first in the AL Central at 26-19, and handing the ball to Lynn will be a good way to get back on track.

Lynn has been dominant his first year in Chicago and now he gets to face the team that drafted him for the first time in his career. He'll be up against a top-heavy Cardinals lineup that's hitting just .214 on the road against right-handed pitching this season.

With the St. Louis bullpen also struggling (20th in ERA, 23rd in WHIP) and Chicago’s penchant for hitting lefties, betting the Pale Hose on the runline seems like the best bet here.

When it comes to the total, 8.5 seems a little high when you consider the current state of the teams and the starters involved.

While the White Sox are one of the best when it comes to slugging against southpaws, they're in a bit of a slump at the dish, plating just 11 runs over their last five contests which includes a game against New York Yankees lefty Jordan Montgomery.

This won't be the first time Kim has gone up against a tough lineup, either. He has made starts against the likes of the Phillies, Reds, and Padres and hasn't allowed more than one run in each of his last five outings. And Lynn should be able to keep down a Cards lineup that has scored three runs or fewer in seven of the last 10 games. 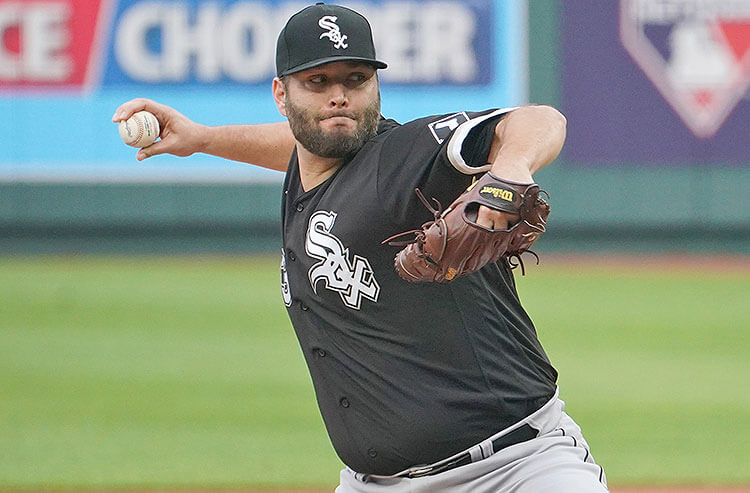 Cardinals vs White Sox Picks and Predictions: Former Club No Match for Lynn
Provided by