With Max Scherzer on the mound for New York, and the Mets' lineup up against an unreliable Cardinals starter, this contest makes for a pretty simple handicapping job. We break it all down in our MLB betting picks and predictions below.

After splitting wins in Tuesday’s doubleheader, the New York Mets will host the St. Louis Cardinals again at Citi Field on Wednesday.

The Mets are sending Max Scherzer to the hill, which almost always gives them a sizable betting edge.

Will New York make it two out of three in this four-game set against St. Louis? Keep reading our Cardinals vs. Mets MLB picks and predictions to find out.

Depending on where you look, you might find the Mets from anywhere between -177 and -225. It’s a pretty wide range if you’re looking to take the moneyline, but you can also get plus-money on New York to cover the 1.5-run spread.

The total, however, is only going to be found at 7, and most sportsbooks are putting some juice on the Under.

Jordan Hicks (1-3, 4.15 ERA): After years of working as a reliever, Hicks is now a full-time starting pitcher for the Cardinals. The results have been solid so far, with the righty keeping the team in games while being stretched out in recent weeks. Last game, he made it up to 77 pitches and threw five innings of three-run ball against the San Francisco Giants. St. Louis will eventually be hoping he can give the team six or seven innings, but we’re probably looking at another five here.

Max Scherzer (4-1, 2.66 ERA): Scherzer struck out six batters and gave up only one run over seven innings in a 2-1 loss to the Seattle Mariners last game. Even at 37 years old, the righty is very much an ace still, as the stuff is still there and so is his competitive fire. Scherzer also happened to have struck out 10 in a seven-inning shutout against this Cardinals team back on April 25.

The Mets are 15-2 in their last 17 games following a loss. Find more MLB betting trends for Cardinals vs. Mets

Cardinals vs Mets picks and predictions

Not much really separates the lineups of these two teams, but the same can’t be said about the starting pitchers in this match-up.

While Hicks has a lot of long-term potential as a starter, the early results haven’t been good enough to have much faith in him finding a way to beat Scherzer here. The righty has allowed nine earned runs over his last 14 2-3 innings on the hill, and New York was one of the teams he faced in that stretch. Hicks gave up two runs on two hits and walked two batters in just two innings against the Mets on April 26, and New York is going to feel good about beating him here.

The Mets have the second-highest batting average in the league against right-handed pitching this season, and the team is also tied for eighth in on-base plus slugging against righties in 2022. On top of that, New York is second in weighted runs created, and the team is also last in strikeout rate. The Mets present a tough matchup for a struggling pitcher like Hicks.

If New York can manufacture a few runs here, it’s hard to see the team not easily covering the run line with Scherzer on the hill. The ace threw seven shutout innings and struck out 10 batters against this Cardinals lineup back on April 25, and he was 2-0 with a 0.00 ERA — 0 earned runs in 14 innings — in two starts against St. Louis last year.

Mad Max has dominated this Cardinals lineup in the past, and he should roll to another great performance here.

The Cardinals starter does have good stuff, but he is just learning the nuances of being a starting pitcher. With that in mind, New York should be able to get a decent amount of runs across home plate against him. That’ll make it hard for this Over not to hit, even with Scherzer on the mound.

The Cardinals might not be able to light Scherzer up, but you would think they’d be able to find a way to adjust a little and not get shut out here.

The Over is 6-2 in New York’s last eight home games and 7-3 across its last 10 overall. Back it again tonight.

The Mets are coming off a day in which they averaged only 3.0 runs per game in the doubleheader, but you should expect this New York offense to be a lot better on Wednesday.

Hicks hasn’t proven himself to be a reliable starter just yet, and he also gave up two earned runs in two innings against the Mets a few weeks ago. With Hicks stretching his arm out to pitch more innings for St. Louis, the righty can no longer go all out using his stuff in short periods of time. He has to learn how to pace himself out a bit over the course of the game, and that could take some time for him.

We also mentioned earlier how good this Mets team has been against right-handed pitching this year, and it’s just hard to see how New York doesn't get to this number.

That’s part of the reason we like the run line in this game, but it also protects you in the event that Scherzer lets up three or four runs in a win. 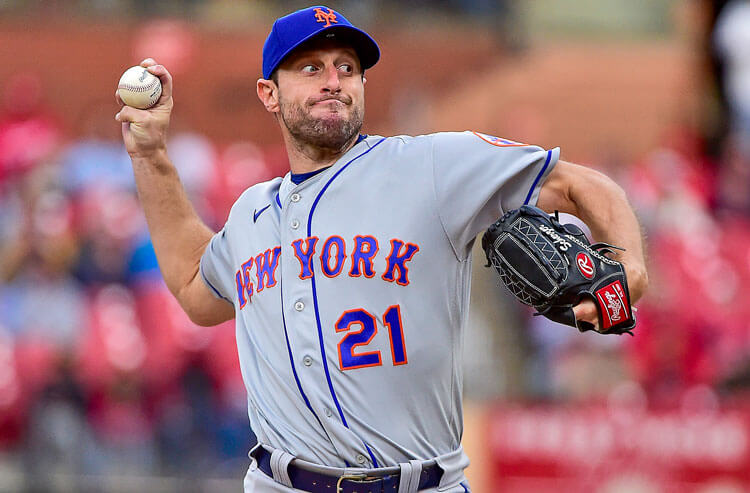