Atlanta can finish their sweep over the Cardinals on Saturday with a win, but St. Louis has a great matchup to steal a game. Will the Braves be able to take three out of three? Find out in our picks and predictions.

The Atlanta Braves host the St. Louis Cardinals at SunTrust Park in Atlanta, Georgia on Saturday, June 19. The Braves won the first two games of this series, with last night’s meeting being a 9-1 beatdown.

Will St. Louis turn this series around and get in the win column? Keep reading for our free MLB betting Cardinals vs. Braves picks and predictions.

Adam Wainwright (4-5, 3.95 ERA): It’s been quite some time since Wainwright was a legitimate ace, but the righty Is still a vital part of this St. Louis rotation. The 39-year-old has given the Cardinals quality starts in each of his last three outings, and they’ll be expecting more of the same in this one. However, Wainwright is 1-2 with an 8.20 ERA on the road this year. Those numbers are far from inspiring.

Drew Smyly (3-3, 5.63 ERA): Smyly isn’t the type of guy to go out there and dominate the opposing lineup. His job is to simply eat innings and give Atlanta a fighting chance to win ball games. Well, the Braves have won in each of his last two starts, with Smyly pitching a total of 9.1 innings and allowing four earned runs. Atlanta would sign up for more of that moving forward, but Smyly is always capable of going out and getting roughed up a bit.

The Cardinals are 5-1 in their last six games against right-handed starters. Find more MLB betting trends for Cardinals vs. Braves.

Wainwright has really struggled on the road this season, but he does come into this one after three solid starts in a row. Now, the righty faces a Braves team that hasn’t really had much success against him in the past. This entire lineup has combined to go only 18 for 67 against Wainwright in his career, and six of those hits came from Pablo Sandoval, who isn’t likely to be much of a factor in this series. Sandoval has gotten one or fewer at bats in each of his last 12 games.

Having said that, Wainwright should be able to get the job done in this game. He just needs to limit the type of damage that guys like Ronald Acuna Jr. and Freddie Freeman do.

Offensively, the Cardinals have quite a few guys that enjoy hitting left-handed pitchers, which is why St. Louis has won six of its last seven games against southpaws. Two players to play close attention to in this game are Nolan Arenado and Yadier Molina. Arenado is hitting .311 with four homers and 11 RBIs against lefties this year, and Molina is batting a ridiculous .370 with two homers and seven RBIs against them.

With a matchup like this on the mound, this total actually doesn’t seem quite high enough and seems like a bit of a trap. With that said, it’s best to avoid it and go with the Under. This total is going to end up being a major liability for Vegas, so you’ll want to get on their side and not go chasing after fool’s gold.

St. Louis also happens to be coming into this game after having scored only five total runs in its last five games. So, if Smyly is going to find a way to go out and turn in a stellar outing against anyone, it’s this Cardinals team right now.

Also, Wainwright had done some good damage control against this Braves team in the past, as he hasn’t allowed a single home run against an Atlanta lineup that has 67 at bats against him. The Braves also have just five RBIs against him in that span. Could that change tonight? Of course. But it’s another reason to back an Under that seems like the sharper play. 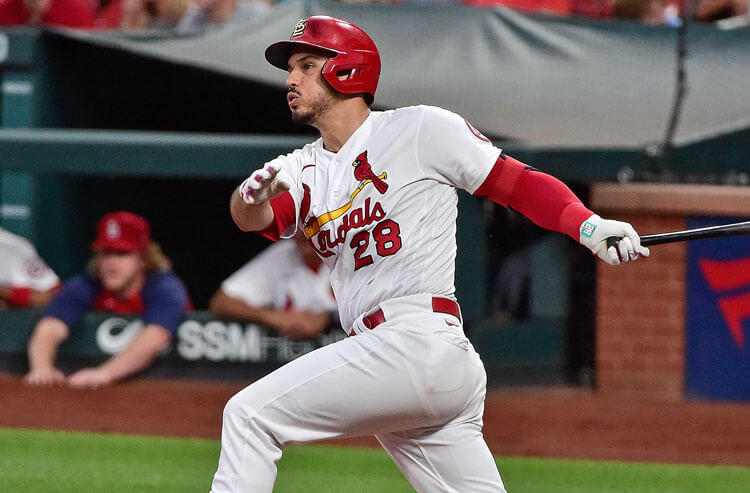 Cardinals vs Braves Picks and Predictions: Smyly Like You Mean It
Provided by

Braves vs Mets Picks and Predictions: No Offense at Citi
Josh Inglis | Jul 28, 2021