We've got a doubleheader at Citi Field today, with Atlanta and New York getting started this afternoon. Game 2 will feature an excellent pitching matchup but for Game 1, expect fireworks — our Braves vs. Mets picks explain.

The Atlanta Braves evened up the four-game series Friday night in the second game against the New York Mets and now the two teams are playing a doubleheader on Saturday.

The first game will feature Jake Odorizzi for the Braves and David Peterson for the Mets and the Over might be the play, with these two pitchers who have been struggling lately.

Who is taking the first game of the doubleheader and getting a 2-1 series advantage?

Find out with our free MLB betting picks and predictions for Braves vs. Mets on August 6.

Jake Odorizzi (0-0, 0.00 ERA): Odorizzi makes his debut for the Braves after being traded on Monday from the Astros. He has had a rough July but his last outing was much better than his others. The 32-year-old right-hander faced the Mariners last Sunday and went seven innings, allowing no runs and just two hits, while striking out a season-high eight batters.

David Peterson (5-2, 3.54 ERA): Peterson might not be long for the starting rotation, and will probably be returning to the bullpen soon. The only problem is he hasn’t been really effective in relief either and another trip down to Triple-A Syracuse is a distinct possibility.

The Over is 6-1 in the last seven meetings between the Braves and Mets at Citi Field. Find more MLB betting trends for Braves vs. Mets

Braves vs Mets picks and predictions

Will the change of scenery be good for newly acquired Braves pitcher Jake Odorizzi? The righty makes his first start for Atlanta, and when he was with the Astros, he had success in his career against the New York Mets, limiting them to four runs in 11 1-3 innings.

This will be the first time he faces them this year, however. He has put up decent numbers this year, including a strong outing last Sunday against Seattle, where he blanked the Mariners for seven innings, allowing two hits.

However, this is the Mets and they have one of the strongest offenses in baseball. They have the fifth-best batting average in the majors at .256, and are also fifth in runs and RBI, sixth in hits, and fourth in on-base percentage.

Fortunately, the Braves should be able to answer, as they are facing a young pitcher who has struggled this season.

Peterson has allowed two or more runs in four of his last five starts, though he did get a win in one of them. His ERA for July was 4.64 and he will have to go against a pretty formidable Braves lineup.

Atlanta is fourth in runs, seventh in hits, second in home runs, fourth in RBI, and 10th in batting average.

The Braves are 6-1 in their last seven games after losing the first two games of a series and are 7-2 in their last nine on the road against a left-handed starter.

The Mets are 6-1 in their last seven against a starter with a WHIP less than 1.15 and are 9-2 overall, but I still think the Braves get to Peterson early and score a bunch of runs early.

In the previous two games in this series, the Over has hit both times. In fact, in the Over is 6-3 this season against the two teams.

Both pitchers in this game, Odorizzi and Peterson, have ERAs over 3.5, and for the month of July they’re even higher — Odorizzi is at 4.45, while Peterson is at 4.64.

The Braves and Mets are prone to score runs. They are in the Top 10 of most offensive categories. One telling stat is that the Braves are second in home runs with 165 and Peterson has given up nine of them, two of which came against the Braves.

The Braves have also hit the Over in eight of their last 10 against the National League East and 6-1-1 versus a team with a winning record.

The Mets are equally as fond of the Over. They are 4-0 on the Over when an opponent scores five or more runs in their previous game. They are also 6-0-1 on the Over in their last seven of a Game 3.

The Over is 6-1 in the last seven in New York between the two teams. I like this to go well past the total of 9.0.

The way the two pitchers have performed and the offenses for both the Braves and Mets, there should be a lot of runs scored in this game, especially before the sixth inning.

In Friday’s game, the Braves score eight runs by the second inning. In Thursday’s opener, the Mets had five runs before the fifth and the Braves had three.

This is a far cry from the previous games this season between the two where the teams scored five runs in five innings just twice.

Still, I think both are comfortable getting runners across the plate, and with Odorizzi and Peterson on the mound, that task should be far easier. 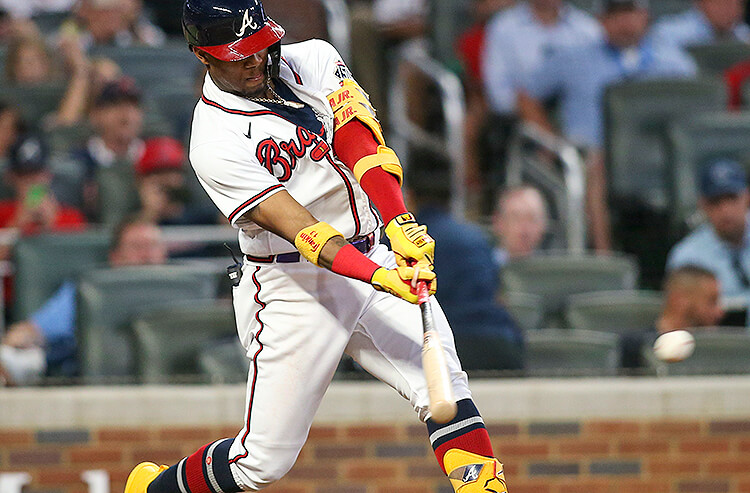 Braves vs Mets Game 1 Picks and Predictions: Fireworks to Leadoff Doubleheader
Provided by

Braves vs Red Sox Picks and Predictions: All Riled Up in Beantown
Rohit Ponnaiya | Aug 9, 2022